Skip to content
Home » Regions » EMEA » Should UK banks be sweating about the arrival of Apple Pay?

Should UK banks be sweating about the arrival of Apple Pay? 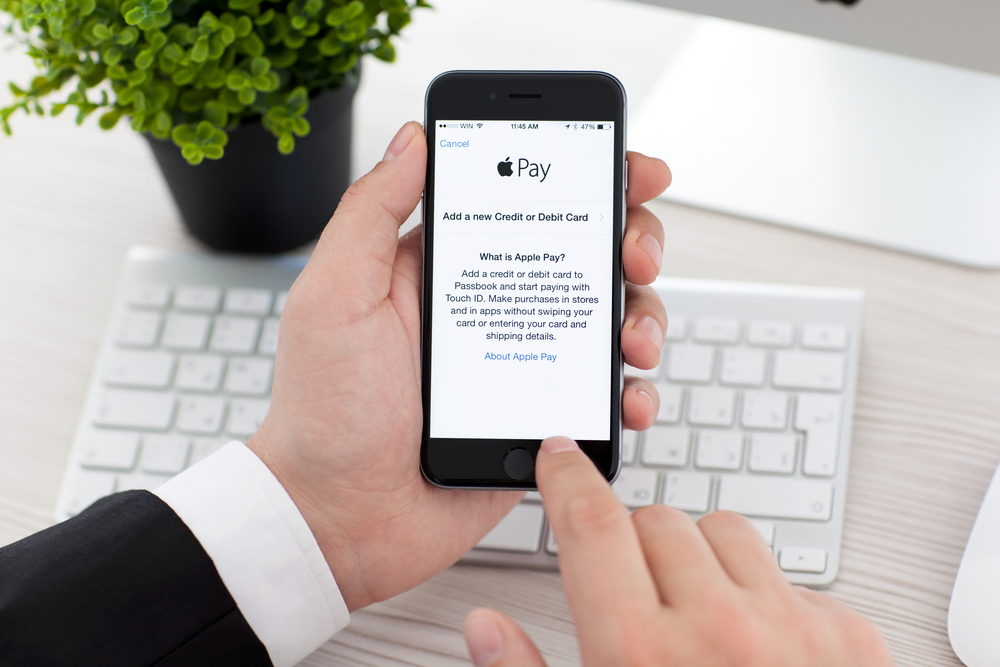 Apple Pay has hit the UK (particularly London) with its full marketing razzmatazz and it is the talk of boardrooms as well as on internet forums.

Despite teething issues, the prospect of using Apple Pay to pay for goods is appealing to consumers and it looks like Samsung is trying to following up fast with its partnership with Mastercard. With new competitors coming from Silicon Valley, should banks be worried about their lunches being eaten by Google and Apple?

Whilst the online services and products Apple, Google and Facebook offer are popular, would the average consumer trust them with their money?

Banks have been around for some time, and despite getting bad press in recent times, banks still offer a secure transactional experience evolved from centuries of experience and expertise. Despite the abysmal customer service ratings of the past, the banks are starting to turn things round with First Direct pulling ahead of John Lewis and Amazon in customer experience league tables.

Tech companies are building from scratch a trust between them and the consumer, particularly the safety of personal financial data. Tech companies are certainly conditioned to offering an experience which exceeds customers’ expectations with new technology, but banks are fast catching up with them through Research and Development (R&D), investment or acquisition.

Take First Direct as an example, a subsidiary of HSBC, the internet-only bank can provide services to customers without having a physical presence on the high street. Offering a flexible and convenient way to pay, the bank has been able to outrank high street retail chains, who are often seen as providing the best customer experience out of all sectors.

Companies which specialise in tech will always be ahead of the curve when it comes to enhancing customer experience. This is why banks need to partner with the tech sector.

Barclays is already set to rival Apple with bPay, offering customers the convenience of instant payment on a wearable device. Furthermore, the information banks hold on customers can be their greatest asset but only if they have the technology to analyse usage patterns and make informed decisions.

To realise the potential of wearable and new payments technology, banks need to get their internal IT in order. Despite the steps banks have taken in upgrading their sometimes decades old IT infrastructure, there is still some time before they can stop worrying about the emergence of tech companies in their market.

Tech companies have created and taken long established markets by storm such as travel and hospitality, and financial services will not be any different. Google Bank was a buzzword of 2014, it was clear they were never going to set up a ‘traditional bank’ as the investment required was too costly.

Despite not being a bank, Google has been able to release a virtual wallet, and it won’t be surprising if they creep into the payments market further to an extent when a version of Google Bank will actually be probable.

High profile hacks or glitches at high street banks have also given tech companies a boost over their competitors, with RBS and Natwest recently suffering from technological failures, a sign that IT systems are under considerable strain.

These technological failures cannot continue and the $200 billion being spent on IT by the banking sector needs to go beyond keeping the lights on. Ultimately, new technologies aren’t scaring banks, but instead making them rethink their customer offerings. Banks have realised they need to dismiss the old practices of just sitting back, and waiting for new customers to walk through the front door on the high street.

Soon high-street banks won’t be the first point of call for millennials when they want to use financial services, it will the institution which offers the best/easiest mobile banking experience.

This is why banks like Nationwide and First Direct are delivering value–added offerings by implementing strategies, combining a deeper understanding of customer need with an omni–channel experience.

Old IT methodologies made it complicated or near impossible for banks to extract all data relating to one individual customer, because it was stored in various applications found in different business units. Naturally risk-averse banks were scared of literally breaking the bank in the attempt of improving customer service.

Today, a successful, low-risk method for banks is to construct a capable middle layer in their technology infrastructure which connects all data silos, and gives account managers one whole view of the customer relationship. For banks, this should improve the speed and quality of response times for customer enquires.

The Big Four UK banks have already lost at least 250,000 customers already this year. This shows customers aren’t afraid to switch providers if they find a better deal. At the moment, due to the nascent stage of tech companies in the finance services market, customers tend to go to a rival bank rather than betting on Apple or Google.

The biggest asset for banks is that they already hold a mass of meaningful data, which they still need to fully utilise to deliver better deals.

If scared of the risks which coincide with moving all customer data onto one platform, banks should really think about using a middle layer to stabilise old core systems and feed customer data into new innovative technologies, such as wearable payments. Partnering with tech companies means banks don’t have to sweat about new competition, instead see it as a chance to get fit for the digital age.