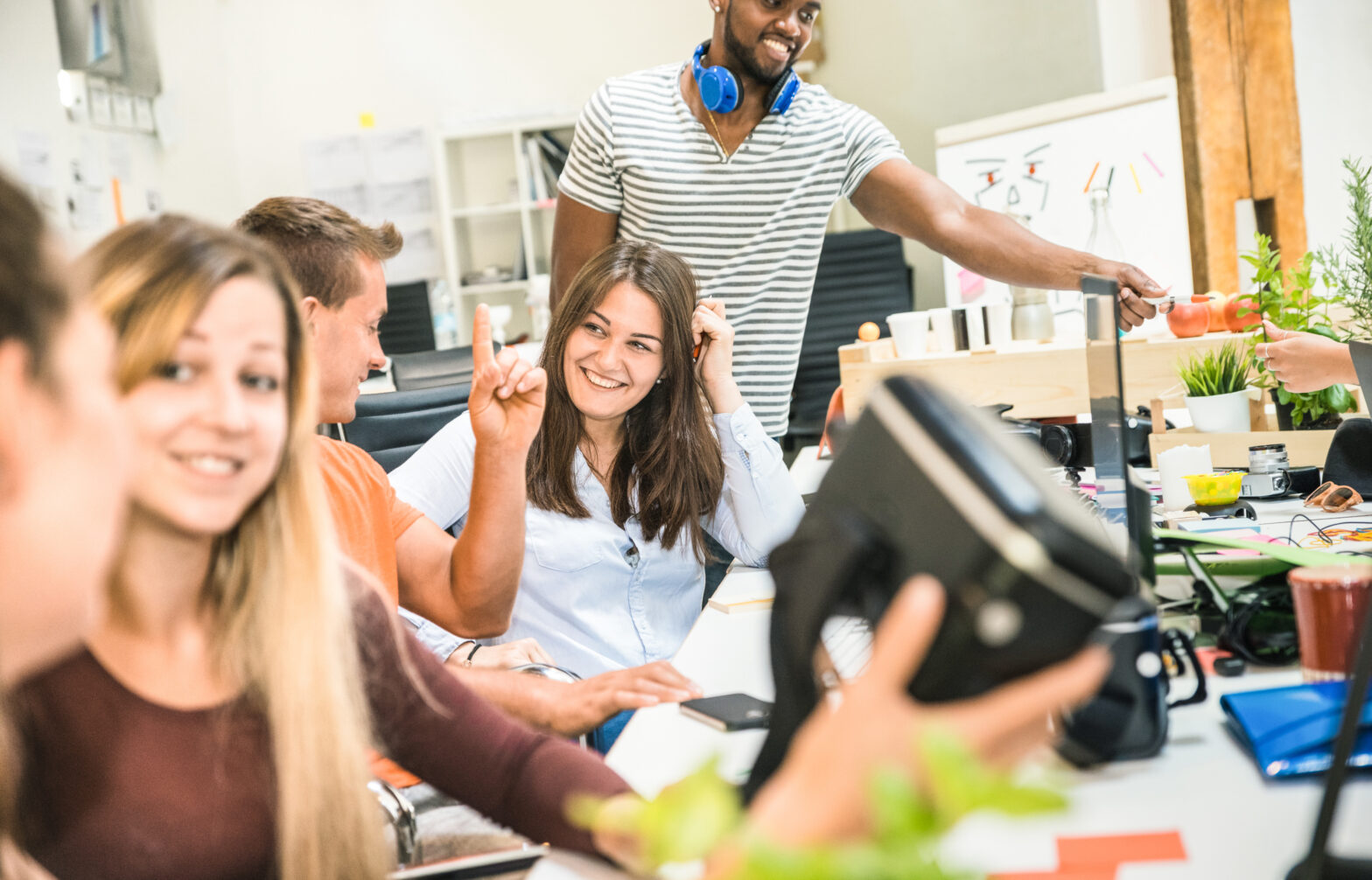 To find out more about the tech start-up environment in California, as well as the subject of women in tech, Information Age interviewed Natalie Eva Gray.

Gray is a two time co-founder and lead designer of fashion app StyleKick and now insurance tech app Cover Insurance. At one point recently both Cover and Stylekick were trending on the front page of the US AppStore.

Stylekick has been featured in 80 countries and translated into 14 different languages, and it was the #1 lifestyle app in France.

As a woman, what has your experience been in succeeding in the tech start-up space?

My success has been gender agnostic. The first business that a group of us started together, we were able to bootstrap that to a million users, with 15 million page views a month.

I’ve done well for any gender. It’s not really your gender that dictates your success in start-up culture, it’s your personality and your willingness to learn and adapt very quickly. I think this type of career does attract a very similar type of personality over and over again.

Can you offer any advice to those entrepreneurs looking to start their own business?

Our first business was selling very high price fashion goods on mobile. It was very competitive and very hard just to thrive in a space such as fashion, where it’s very relatable to a lot of people. But what we found with Cover, where we’re dealing with insurance – where it’s an extremely unsexy space – we saw a lot more opportunity. So, I would encourage more men and women to look at problems in spaces that are not always looked at first; spots where there is more opportunity in spaces that have remained relatively untouched by tech innovation.

We’ve seen that in insurance. What’s really exciting about being a space that’s not well-trodden is that you’re alone out there, and you can really get creative with the way you want to solve the problem. I work in design, so the solutions we can craft have never been seen before and that’s really exciting. One of those that is our magic cam, that will catalogue all the items in your house on the mobile.

That is something that hasn’t existed before. So, I would strongly encourage others to look at industries where it hasn’t yet been very saturated. There’s a lot of opportunity there, because it’s not really the idea that’s the rocketship, it’s your methods of solving the problems and getting your solution out to your customers.

Is it a different scenario for women going into a big corporation?

In start-ups there is no ladder to climb, you’re in essence making the ladder. I think the challenges compared to working in a large organisation are just completely different to the ones you would face as a woman, or as a person.

In corporations it’s competing with others to get promotions. In start-ups it’s very different. You’re trying to make this problem you have into a profitable business. You need to get investment for that, you need to acquire and manage talent. It’s just a very different set of problems. You’re leading a charge on all fronts, rather than being responsible for just one thing.

Why do you think there is such an issue with gender equality in the tech space?

I don’t believe this problem is tech specific. The majority of most industries, government and media are male-dominated, because of very archaic beliefs. And unfortunately those that hold these beliefs have the power to gate-keep these positions and movements forward. It’s really up to the other side of this gender imbalance to realise that while this shift will make the playing field more competitive. There is one thing to be supportive, but to act on it is a very different thing.

For women to be equal, men have to relinquish that power. That’s what it’s going to take.

Why is diversity important in business?

Diversity is key to business growth. Businesses will diversify their product line or stocks, but they won’t diversify their talent pool or leadership teams. We pride ourselves on efficiency and seeing opportunity, and disrupting archaic industries, but discrimination based on gender persists and doesn’t make sense. To be frank, if there wasn’t diversity in tech, success would suffer.

Is there an impetus on women who have climbed the ranks to act role models, in order to inspire the next generation of female tech talent?

Absolutely, I believe in being the change that you want to see. For women like myself, and others that have made it further, we have an amazing opportunity to help women coming up that are thinking of starting a business, or girls that are not as exposed to science and business paths as they should be.

Even when we were starting our first business, our first opportunity came from meeting entrepreneurs and former entrepreneurs on what they had learned, and introductions to their investors. So, it’s definitely a viable path, and it’s definitely something that I try to be as active in as possible. There’s so much knowledge that you can share, once you’ve been doing this for a few years.

There is a really big digital skills crisis globally. What do you think can be done to counter this at school level, and get more girls interested with tech as a career path?

Having women in science or business come present at schools would be very helpful. When I went through school most of our teachers were male, and at that age I wasn’t identifying with who I was looking at, or getting advice from.

I’ve always been of the opinion as well that the toys that girls are introduced to at a young age sets that mindset before they have had a shot to decide what they would really want. Toys for girls tend to focus on beauty or being a mother. There’s not really a diversity in the product line of toy retailers. Children are imprinted with that mindset at a very young age of what their role in society should be. I would love to see that changed.