How tech diversity can find a home in data science 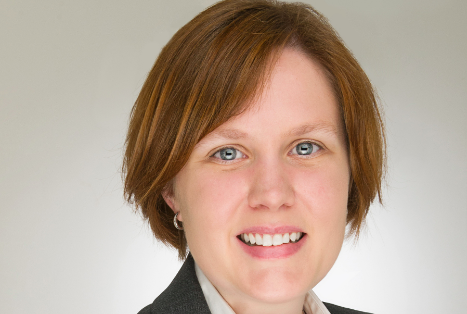 In space, no one can hear your gender. These days, it is common to acknowledge that women are underrepresented in science and technology. I have to say, however, astronomy is worlds apart.

When I was an astronomer on the Hubble Telescope, looking back in time at the evolution of galaxies, gender issues took a back seat to the skies. As a female stargazer, I rarely experienced discrimination – science and her peers do not recognise bodies, only the brains inside.

So, if some disciplines can counter the perception that the science, engineering and technology industries are female-phobic, why do others, like the digital technology world, suffer such chronic inequality?

We all know the problem. In the UK, only 17% of IT specialists are women, compared with 47% of the workforce at large – a ratio that has barely changed in a decade despite more women overall entering the profession, says the Women In IT Scorecard.

The situation is similar in the US, where only 25% of technology jobs are occupied by women, according to non-profit CompTIA.

Now that I have jumped from the science of galaxies to the technology business, even as a CEO, the difference is horribly noticeable. I have attended business meetings with peers who assumed that my male co-founder was my boss.

At last year’s old-fashioned IP Expo at London’s ExCeL centre, I smiled along as a fellow delegate exclaimed how exciting it was that I was a “lady CEO” while we were served beer by young women in impossibly short dresses. In the 21st century, I can’t believe this is still happening.

The reasons are depressingly familiar, and they start early on. At a young age, girls are being taught that programming, maths and engineering are not for them. Boys are given trucks and powertools to play with, girls dolls.

In many ways, things are getting worse. In the 1980s, Lego bricks were abstract tools of raw creativity for children of all kinds. Today, they are preset plans for building out boys’ own worlds of Star Wars and Batman with gender stereotypical characters.

The inequality has filtered up to higher education. Women make up only 17.2% of the students on computer science courses at UK universities, according to HESA, which is fewer than five years earlier.

It is no wonder so few women enter the technology business. By the time they make the difficult transition into the job market, they are confronted with a macho culture that favours confidence and high self-esteem – measures that women often unfortunately score poorly on.

Whilst interviewing women who are highly skilled technologists, we concluded that female graduates in this discipline are noticeably less confident than male peers. Rather than stridently attest they can do the job, they are more likely to testify they think they can do so, or say they may lack certain skills. We have coached a whole generation of talented women in timidity, not to be the best.

You do not need me to tell you that, in this gender gap, tech businesses are missing out. According to McKinsey, gender-diverse companies are 15% more likely to perform above the industry average. Companies with more female executives are more profitable. Getting there is another matter.

But there is one emerging discipline of IT that offers a glittering opportunity to reset the imbalance and create an industry that is both representative and more successful.

Data science has been called “the sexiest job of the 21st Century”. That may be optimistic but, for women especially, this new subsector is an opportunity to shine.

You see, data science is not just about coding, a traditionally male-dominated industry, it is also about business evidence, correlation, presenting information and putting it all together in a software environment that solves real problems.

Now I am not necessarily saying that analytical skills are a stronger suit for women than for men (though I would not push back hard against that assertion). I am saying that data science represents a unique new break-off point in the arc of gendered computing – one in which a new skillset allows women to leapfrog the prejudices and barriers that continue to hold them back in the technology world at large.

Looking at the emerging data science industry today, you would not see the opportunity. The sector still only boasts a female headcount of between 12% and 15%, whilst women make about $10,000 less in equivalent roles, according to O’Reilly’s Data Science Salary Survey.

But this discipline is still only around five years young, and has so far been shaped by the children of technology’s gendered days of prejudice – non-specialist developers and programmers, simply moving sideways into the new arena.

In the future, the new role of data scientist is still one that is wide open for women to make their own – starting today.

The way we help them do it is to go direct – bypassing the barriers graduates find in business and the shiny offices of Startup Land.

At Pivigo, we make a business of placing promising new data scientists with companies in need of analysis. About 35% to 40% of those on our training programme are women – almost three times the proportion in the industry as a whole. And, when they are paired to work on projects with companies, 90% to 95% of them land a job in the same discipline, same as their male counterparts.

Therefore the best way to jack up gender diversity in technology is to embrace promising young female scientists, programmers, developers and engineers, at higher education and earlier, before they begin to get smothered by the inertia put in their way.

These days, when I go out and talk about data science with PhDs, it is women who approach me, excitedly, to say they were not aware of these career options, and that they excite them more than traditional IT roles.

Although I am no longer working on Hubble, I sometimes feel I am still looking through that telescope, gazing at the birth of a new world filled with opportunity. To bring it to life, however, it is vital that all of us embrace the spark of these new stars’ excitement, before it is extinguished.