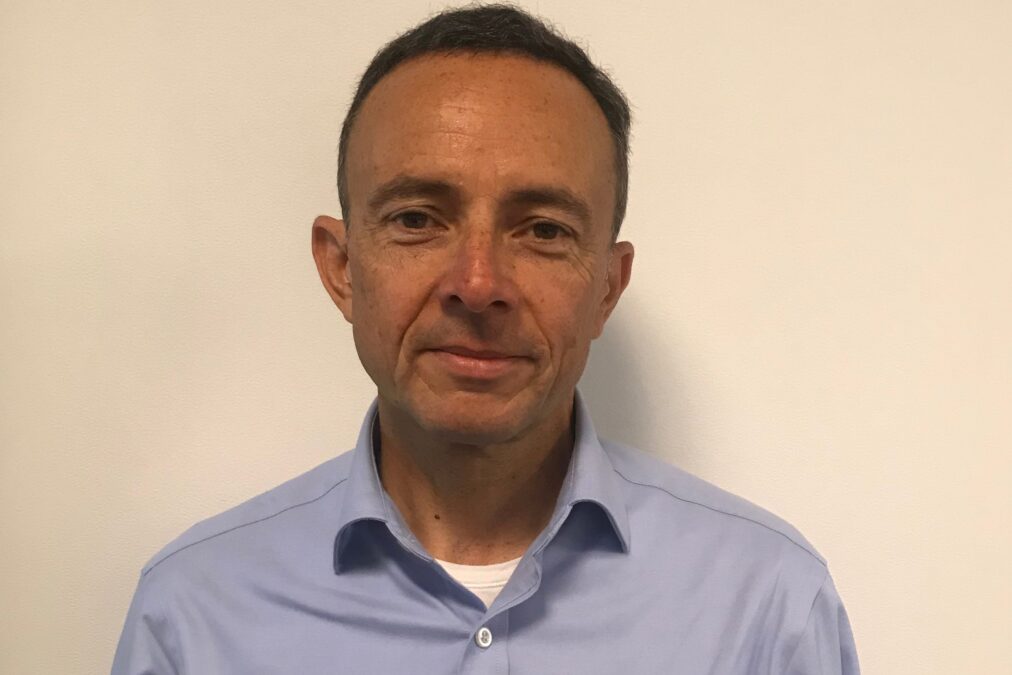 What are the business use cases for 6G? Given how spotty network coverage is for 5G, do we even need a next-generation cellular network? Alan Jones of Blu Wireless explains how cellular networks have evolved, and why 6G will be crucial for the metaverse

Alan Jones, CEO of 5G solutions provider Blu Wireless, has worked in cellular and wireless communications since the late 1980s. He has been involved in the development of cellular networks since the rollout of 2G in the 1990s through to cutting-edge 5G networks today.

Bristol-headquartered Blu Wireless provides turnkey 5G solutions for high-value, low-volume markets, such as transport and defence. Its clients include rail communications provider Evo Rail, part of First Group, which provides trackside to train carriage solutions. The communications system it is developing for rail franchise South Western Railway offers throughput of up to one gigabit per second compared with an industry average of 25Mbps. In America, its Florida office works on 5G solutions for US defence contractors.

InformationAge sat down with Jones to discuss the business use cases for 6G, how 6G differs from all the previous generations of cellular networks which have preceded it, and why 6G is crucial for Mark Zuckerberg’s vision for the future of Facebook.

Can you explain how 6G differs from 5G?

I think you need to rewind the clock and understand the history of cellular networks.

First, we had analogue cellular coverage and then 2G/GSM came along.

The driver behind 2G was capacity and mobile operators being able to get more users onto the network. It was important to have a network that was scalable.

Now, to some extent, 3G had the same drivers, adding more data and video. In the early days of 3G, one of the drivers for data was for video phones. When the 3 network launched 20 years ago, its USP was that it could handle video. However, 3G stalled until the internet took off. At that point, a whole bunch of new features arrived for 3G based around data comms for smartphones, applications such as Facebook.

The problem was that 3G was not really developed for the internet but for video as well as voice.

So 4G LTE focused on having an all-IP solution, leveraging what had been done on the internet side of things and deploying it into a 4G system, but at the same time providing hi-data throughput for internet users.

A key realisation towards the end of the 4G era was that a lot of users of cellular networks weren’t humans but machines. The concept of the Internet of Things (IoT) was really big about a decade ago.

The idea behind 5G has been to evolve the 4G network, supporting a lot of machines while deploying capabilities you would normally see in the cloud, such as virtualisation and orchestration, being able to spin up virtual machines in order to make the network more flexible. This whole concept of network slicing came along, where effectively you could have a network logically separated to different services. That’s what happened with 5G NR.

As we progressed through all these evolutionary steps through cellular systems, and networks in general, we’ve seen an increase in the throughput in general, latency and general capacity.

One of the big drivers of 5G has been this ability to get latency down because that’s what required to support some of these machine-type applications.

If you watch some of the TV ads for EE and they’re landing an aircraft over a comms network and somebody remotely giving a guy a shave on the top of a mountain, that’s all trying to demonstrate how latency has improved with 5G NR.

The common thread through all of these evolutionary steps in networking from 2G through to 5G has been improvement in throughput and latency. I expect 6G will be exactly the same.

When 3G started, bandwidth was about 1MB per second. By the time 5G completed, it was 400MB per second. The way to get those bandwidth improvements is to go to higher frequencies of the spectrum, which is where 5G mmWave exists, which we use, because channel bandwidth is higher and if you’ve got more bandwidth, you can service more customers.

Can you give me some examples of business use cases for 6G?

As I said, with 6G you will see improvements in bandwidth/throughput and improvements in latency and then it will come down to use cases the industry wants to deliver on.

Generally, how this technology is used is driven by use cases. This was very much the case with 5G and the IoT — being able to service a large number of machines, such as parking meters or sensors embedded in a road or on a bridge. 5G NR had a certain set of requirements that it was looking to address, such as having a large number of users in a certain sector. Rather than having 20 users using their 5G smartphone, you may have 20,000 users but those users are machines picking up data.

One of the areas 6G wants to focus on is what’s called enhanced digital world experience. We’re starting to see that with Facebook moving into Meta with VR experiences. More human interrelated interaction with a digital twin is one of the end goals for this. So a much more human integration will include aspects of sensors, higher bandwidth, lower latency, so you could meet and interact with someone on the other side of the world.

And there’s also a power saving aspect to this, the amount of power being used on the network. Moving towards the higher frequency domain, you get better power efficiency.

6G is also about bringing the distributed cloud closer to the users to enhance these experiences.

Another difference between 6G and 4G/3G is that they’ve all been very dial-in centric. That’s been driven by use cases for the smartphone, such as downloading Netflix and Amazon Prime on a smartphone.

What we’re seeing with 5G use cases is that they’re uplink centric, where a large amount of data needs to be uploaded in a resilient way back into the core network. In the past, there’s been a tendency to focus on the end user, the smartphone. You may see in 6G a shift to looking at the uplink side as well.

A good example is hi-resolution cameras where you’ve got an 8K camera that’s kicking out a lot of data and you want to support that data into the cloud to do some analytics or to store data locally with edge computing. What you might find with 6G is an interest in this uplink centric application.

6G will be more about interacting with data, that’s where the vision is going.

Which business sectors are going to make the most of 6G?

There’s always the question of, if you make a network available, will people develop applications for it?

It’s always been a very difficult question to answer.

Remember, 3G started out with voice and it was all circuit switched and it ended up being a data-centric network where it was very much IP centric, which was driven by new applications coming through.

One of the problems in the past with 2G and early 3G was that it was very focused on circuit-switched voice and video applications and it was very constrained.

6G will be more about flexibility and being able to create networks that can be adapted and changed to meet these new emerging applications operators and service providers will be looking to monetise.

Given that most people are either at work or in their home, do they even need 5G, let alone 6G?

A lot of mobile operators have been looking a new business in new areas. Private networks are an application area they’re moving into. There may be certain services which are more niche, where this technology will be more prevalent.

For example, our rail solution has the ability to have hi-res cameras on board trains. Once you can do that, it opens up a whole swathe of applications which could be developed on top. It allows you to do lots of things, such as advanced image processing.

What would you say to those who say 5G network coverage is spotty and that it’s not really 5G anyway? It’s just 4G with a wrapper

It was the same thing with 3G and 4G. A lot of people asked, why are we even doing 4G? With 5G they’re still looking for use cases, let alone 6G.

When do you expect 5G coverage to be nationwide, let alone 6G?

The capabilities of 5G have not yet been fully exploited. There are some interesting use cases out there. We see them in the verticals we sell into, such as transport and defence. You need to look at the vertical markets that you’re selling into. If you look at those niche verticals, they have unique problems which need solving.

Rather than running off to 6G, 5G still has a long way to go. Some people potentially are looking at problems to solve but if you speak to customers in those verticals, they are normally open about the issues they’re facing.

Race towards 6G explored in new research – A study conducted by IDTechEx has delved into emerging developments around 6G technology, and which companies worldwide are entering the race