The dangers of data management 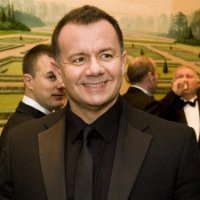 Data management used for the purpose of complying with existing regulations can result in difficulties for a wide range of buy-side financial institutions.

IT compliance costs could be significant

Also, figures have been released that point to the difficulties that the financial services industry as a whole could encounter as a result of having to comply with existing and future regulations. These organisations could potentially incur substantial cost pressures as they make an effort to garner the technological resources they need to meet the current regulatory framework.

The expenses that they could face have been illustrated by recent data released by a leading market research firm, which has forecast that by 2017, financial services industry firms could spend as much as $80 billion on IT in their efforts to effectively manage risk, according to Banking Tech. Companies in this space could potentially spend up to tens of thousands every year simply on ensuring that they have proper data management in place.

While the industry as a whole must be concerned about the expenses that could be associated with having the right technological resources in place, a recent case study developed by the Consumer Financial Protection Bureau has stated that smaller lenders might incur IT compliance costs that are more substantial, at least when evaluated as a fraction of their total retail deposit operating expense, Columbus Business First reported.

The study, which focused on seven banks and involved surveying around 200 people working there, made an effort to assess the cost of compliance – both in terms of money and also staff resources, according to the news source. The results revealed a substantial difference between organisations of different sizes in terms of the total burden that they faced in meeting the existing regulations.

These compliance expenses could potentially decline further down the line, as the CFPB has indicated that reducing compliance costs is one result that it hopes to bring about as a result of harnessing the survey findings, according to Reverse Mortgage Daily.

"By improving our and the public's capacities to describe and measure immediate effects of regulations on institutional operations, we seek to strengthen our ability to avoid imposing unnecessary operational costs," the report stated.

"The study is just one step toward understanding the effects of regulations on consumers and markets, and further, more direct research on these effects may face even bigger obstacles," the government agency wrote.

Rich Cordray, who currently leads the CFPB, noted that the information gathered via the research was certainly in-depth, Columbus Business First reported.

"While the estimates of compliance cost for the seven banks are not generalisable, the quality and depth of information shared by the bank participants was far richer than could have been collected via a survey," he reportedly stated.

While the research conducted may help to reduce the cost burden that retail lenders face in terms of IT compliance, it did not contain information on investment banks, which are also incurring substantial expense as a result of the regulations that exist currently, market expert Sridhar Athreya, who heads up financial services advisory at SunGard Consulting Services, wrote in a recent Finextra opinion piece.

Athreya, who works for a firm that helps companies identify their own unique difficulties and then craft solutions for them, wrote that many investment banks are falling short of providing the due diligence that is required for them to address compliance matters from the perspective of their entire organisation. He noted that in the current environment, data management is crucial for those firms that want to avoid a wide range of adverse consequences.

The market expert emphasised that these days, investment banks that do not organise their data effectively can potentially suffer significant blows to their reputation because of how technology has made it easier for their shortcomings to be spread to a wide audience. Previously, all they had to worry about as a result of failing to comply with existing regulations was having to pay fines.