Skip to content
Home » Ransomware » The Internet of everything

The Internet of everything 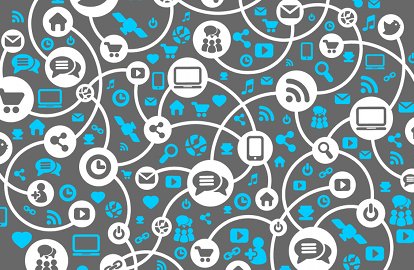 Clearly there is potential for business applications. In November last year, consumer packaged goods giant Unilever invested in a start-up incubation scheme dedicated to the Internet of things.

According to Phil Giesler, vice president at Unilever’s new business unit, the Internet of things could offer the company a new way to interact with customers inside their homes.

“Consumers use ours products in the kitchen and bathroom,” he told Information Age last year. “If we can get an interface with those consumers in those places, and maybe understand how their devices and white goods in those areas are working, it could open up possibilities in terms of promotion or purchase.”

In fact, the idea of connecting devices other than computers to the Internet is almost as old as the worldwide web.Internet of things enthusiasts often point to a light-hearted project at Cambridge University, in which the first ever webcam was trained on a pot of coffee so researchers could see whether there was any left without leaving their chairs, as an early proof-of-concept. That was back in 1993.

Today, the Internet-connected fridge, which automatically orders more milk when it runs out, is an IT-industry cliché for long-awaited innovations that never take off.

The first is network connectivity. Mobile Internet services such as 3G now cover much of the developed world. Meanwhile, the cost of embeddable networking components such as SIM cards or Bluetooth transmitters has plummeted, as has their power consumption. All this means ‘things’ can connect to a network more cheaply.

“The cost of actually communicating has become much cheaper as device prices have dropped,” says Rangaswami. “You can now get a micro SIM card into a hairdryer, for example.”

The second factor concerns the way in which information from devices is published, shared between systems and consumed by human beings.

The Internet of concepts

In the past, Rangaswami says, the design of systems on the web was not amenable to the exchange of status updates from devices.

That has changed, he says, with the advent of publish-subscribe (pub-sub) messaging systems such as RSS and Twitter, which allow status updates to be easily integrated with other systems. “Whether it’s Twitter or any other form of micro-blogging, we take for granted that location, time and data stamps have become normal metadata for anything”.

The pub-sub model means status updates can be linked to automation platforms so that, for example, a network-connected doorbell could turn down the TV volume for someone who is hard of hearing.

Rangaswami says that simple automation tools such as IFTTT (If This Then That), which allows users to set up basic rules to trigger automated actions, are making the concept of user-driven automation more widely understood. “If you’re a fan of IFTTT, then automatically, you’re already in the business of constructing cases and conditions,” he says.

Those status updates can also be integrated into social networking systems, such as Twitter, Facebook, or in Salesforce.com’s case, social collaboration platform Chatter.?This allows users to consume information from ‘things’ alongside status updates from their friends and their colleagues.

So, for example, sensors in a parking lot could produce a feed of data describing whether or not there are spaces available.

The significance of the social layer, Rangaswami says, is that people – at least, social network users – are already used to managing feeds of information in this pub-sub fashion. “You can filter by following and unfollowing any person, document, product or app.”

Rangaswami is of the view that the term ‘Internet of things’ focuses too much attention on the things, the hardware. “People are still thinking about the things because so much of the industry comes from a hardware background,” he says. “Anything [new] that comes along is just another reason to sell more devices.”

Instead, he proposes the phrase ‘Internet of concepts’ to reflect the fact that network-connected devices will just be one of many sources of real-time status updates, that can be filtered by the user on social platforms and fed into automation systems.

Naturally, Rangaswami argues that the idea has commercial applications. “Businesses will learn that connecting their people, supply chain, distribution and products is an imperative,” he says. “It will allow us to be much more effective about what we do with our time and our inventory.”

This framing allows Rangaswami to present Salesforce.com’s Chatter as an important platform for the ‘Internet of concepts’. “Chatter lies at the heart of what we do, and it’s where the innovation is coming from.”

Arguably the first application of Chatter as a platform for Rangaswami’s ‘Internet of concepts’ is Toyota Friend, a private social network for Toyota car owners. Unveiled in 2011, the system allows users to receive status updates from their car (for example, if the battery is running low), information from Toyota and messages from other users.

Toyota Friend was presented as opportunity for the company, which sells its cars through distributors, to open a new direct line of communication with its customers. Has that happened? Unfortunately, neither Salesforce.com nor Toyota was available for comment.

Another company playing around with the idea of the Internet of things is US engineering giant General Electric.

In November last year, the company unveiled a plan to invest $1.5 billion in what it calls the “Industrial Internet” – the application of machine-to-machine (M2M) communications and analytics to its industrial systems.

“The melding of the global industrial system that was made possible as a result of the Industrial Revolution, with the open computing and communication systems developed as part of the Internet Revolution, opens up new frontiers to accelerate productivity, reduce inefficiency and waste, and enhance the human work experience,” GE said in a report at the time.

The idea is that by allowing customers in, the healthcare, power and aviation industries, for example, to analyse the performance of their GE-built systems more effectively, the company can provide better products and services, and improve customer loyalty.

To help build the ‘Industrial Internet’, GE has set up a new software R&D centre in Silicon Valley and hired Bill Ruh, a former Cisco executive, to run it.

Speaking in London in January, Ruh said the plan is to develop technology in three areas. “Firstly, we are working on making our devices much more intelligent, so we’re seeing the number of sensors increase at an exponential rate,” Ruh said.

“The second thing is that controllers are becoming smarter,” he explained. “It used to be that somebody would set a controller to a particular configuration, and it would be set until somebody changes it again. Now we want to control things in real-time based on data coming in.”

Finally, it is developing analytics technology to monitor system performance in real-time, in the hope of reducing the chance of failure and breakage.

For example, putting sensors on turbines can catch signs that cracks are appearing before they break. This information can be fed back into the controllers so they automatically adjust the angle of the turbine blades to minimise stress.

“It’s a very compacted set of calculations in real-time, and the wind is always changing, so you’re always doing these micro adjustments,” he says. “We’ve seen two-to-five percent increase and efficiency by doing this, and we’re able to extend the life of them so they don’t have to be repaired as often.”

This kind of analysis produces an eye-watering quantity of data. “One sensor generates 588 gigabytes per day,” says Ruh. “And we have 20 sensors on each blade.”

The fact that two such disparate projects as Salesforce.com’s Chatter and GE’s industrial systems analytics can be plausibly linked to the ‘Internet of things’ shows what a broad concept it is.

That is not necessarily a bad thing – the concept has inspired a wide variety of innovations. But for businesses to find the value within that concept, it is time to think more clearly about the specifics.