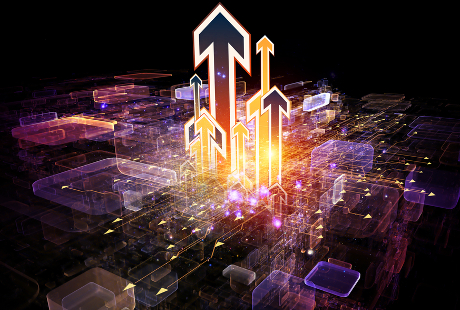 The UK government needs a national strategy on data, so that public sector information can be used to drive economic growth.

That is the conclusion of a review by Stephan Shakespeare, founder of polling company YouGov and chair of the government's Data Strategy Board, into the UK public sector's use of information.

Shakespeare wrote in his review that a second phase of the digital revolution is underway. The first phase, he wrote, "was about connectivity, bringing together people, organisations and businesses in new ways that hugely increased communications, access to information and the efficiency of operations".

"Phase 2 sees an equivalent leap, this time in the capacity to process and learn from data."

That has clear ramifications for government, Shakespeare wrote. "Ensuring that the process of government is optimised for progress, and does not corrupt into an obstacle to progress, requires continuous data and the continuous analysis of data."

Having spoken to public sector leaders and data experts, Shakespeare concluded that the UK government has an opportunity to lead the world in its use of data. "Who else has critically important data of the range and depth of the NHS?" he wrote.

To grasp this opportunity, Shakespeare believes, the government must focus on the following five topics:

asserting that public sector information belongs to the public, not the government

He insisted that this would not take a significant increase in spending. "Rather, it calls for a broadening of objectives together with a sharpening of planning and controls."

How might the government, or a business for that matter, devise its data strategy? Shakespeare gave the following advice.

"We need a shared view of the outcome we want to achieve whether we are a business, local authority or a government department," he wrote "We also need the infrastructure to deliver it, and some independent oversight to drive it."

"The strategy would be purposeful and progressive but also have specific commitments to what is going to be delivered in the first six months and beyond that.

"The Data Strategy Board or other similar group could act like the board of an innovative company, not playing an executive role but obsessed with maximising the opportunity of data for the nation, as if its share price depended on it and holding the rest of government to account."

"I want Britain to be like the West Coast of America in becoming the global focus creating a new world of social and economic growth driven by open data," Shakespeare wrote.

"All this would be mere arm-waving were it not for thee demonstrable underpinning facts: we have the expertise, we have the data, and we have cross-party, cross departmental, cross-sector consensus.

"Now let’s get the implementation system to make it happen."

Gavin Starks, CEO of the Open Data Institute, welcomed the review but said the organisation "would like to have seen a greater emphasis placed on the role that public sector information can play in innovation.

"When it comes to open data, the UK has the leadership position, so why aren't we being more ambitious?”

ODI chair and University of Southampton professor Nigel Shadbolt, meanwhile, said that if it is to achieve the benefits identified by the review, the government must set about identifying what its key data assets are. "What needs to happen now is to identify core data sets and ensure they are published – that calls for clear leadership from the government.”

The Open Knowledge Foundation, meanwhile, also welcomed the review. It warned, though, that achieving true transparency was not as simple as just publishing data sets.

"Open data is valuable to us socially and culturally as well as commercially, but it is only one part of a solution," wrote OKF director Dr Laura James on the organisation's blog. "We need to work on the other key elements, including institutional change, tools, skills and awareness, which are also necessary conditions to realise the full benefits of openness.

"These other elements may be harder, and more expensive, than the release of data – we should still release more open data, and we are glad to see this report affirming this and encouraging data skills alongside – but the journey is far from over."