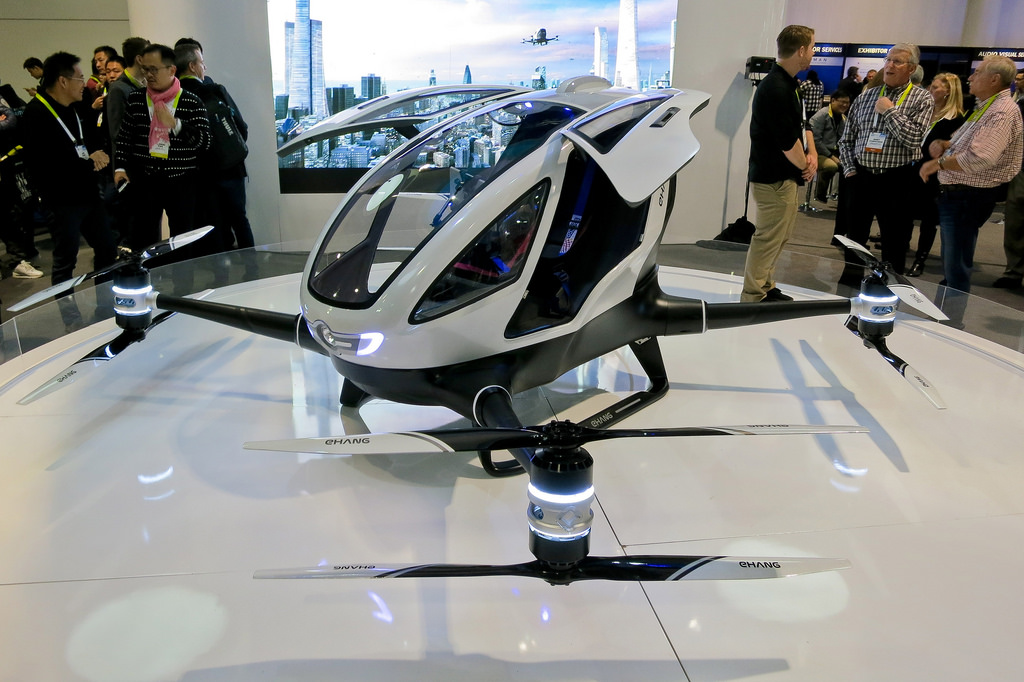 A passenger-carrying drone, first unveiled at CES in Las Vegas, will begin “regular operations” in Dubai, according to Matt al-Tayer, the head of the city’s Roads and Transportation Agency.

The announcement was made at the World Government Summit.

The drone can carry one passenger that weighs up 100 kilograms (220 pounds) and can travel up to speeds of 100 miles per hour (160 kilometres per hour) for around 30 minutes.

It can fly on a single battery charge for 31 miles or 50 kilometres.

According to al-Tayer, the Chinese model eHang 184 has had test flights and is imminently ready for customers to use.

Passengers use a touch screen to select their destination and there are no other controls inside the drone.

Who controls the aircraft? Well, it is auto-piloted from a “command centre”, as seen in a video released by Dubai’s government agency.

“This is not only a model,” said al-Tayer, according to a report by the Associated Press.

“We have actually experimented with this vehicle flying in Dubai’s skies.”

How safe are they?

Dr Steve Wright, senior lecturer in avionics and aircraft systems at the University of the West of England, told the BBC that “the way these systems work, making them work normally is easy. The tricky bit is making systems that are resilient to failure,” he said.

“I would like to see the drone flying for at least 1000 hours before I saw a human in it.”

If, as al-Tayer has said, these drones become a regular feature of the Dubai skyline from July, then this could be one of the most significant visions of society’s future; from a travel perspective anyway: no congestion and no emissions.

The one hinderance currently facing this transport revolution is that flying these aircrafts would be illegal almost everywhere due to air traffic regulation. Like with delivery drones, these laws would have to be updated.