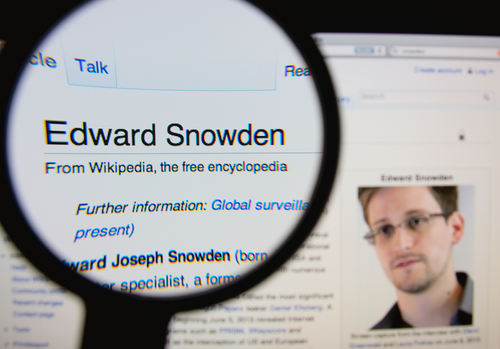 The UK public is torn between the fundamental principles of freedom of speech and the level of involvement the state should have protecting its citizens online, according to a survey carried out by KPMG and Censuswide.

In a poll charting the attitude of consumers to privacy and surveillance, nearly half of respondents (49%) said that their freedom of speech was inhibited because they were aware they were being monitored online, and a further 59% felt libel laws would curtail free speech in cyber space.

A similar proportion (58%) went further, suggesting that freedom of speech might not even exist in the virtual world.

The tension between the right to privacy and the need for the state to protect its people was also revealed in questions about the extent to which the government can and should intervene to keep citizens safe.

Yet when those same respondents were asked if the government should interfere with the operation of the internet, 54% disagreed.

Giles Watkins, partner for KPMG’s cyber security practice, commented: “Our survey reveals the inherent battle between the rights of citizens and the need for government to uphold the law in this increasingly digital age.

“People support the government in some ways, but not in others. Again, this demonstrates the need for states to work with the public in terms of communicating as far as possible where threats lie, while also encouraging their citizens to take action where they can to protect themselves.”

The survey also indicated a greater risk of these conflicting consumer attitudes which extends beyond the individual to national security.

82% of consumers polled agreed that the government should be better prepared for cyber warfare, while a further 58% wanted to see the government do more to fight the growing threat of cybercrime.

With the UK’s Defence Secretary, Philip Hammond, declaring that cyber was “the new frontier” for the military and the new battleground for any future conflicts, the public share these concerns that more needs to be done to protect the country against this faceless enemy.

Indeed, 60% of survey respondents argued that cross border collaboration was needed with other governments to effectively fight against cybercrime in general, rather than individual countries acting alone.

However to be effective, this will need to come at the expense of some individual’s privacy.

Giles added: “Cyber warfare is a very real threat. governments need to be able to protect citizens against the ever increasing threat to national and private security.

“However, to do this requires a careful approach where digital users are aware of the rationale when governments take tougher action on cyber breaches. To work effectively, governments need to work with the public to identify, tackle and mitigate threats. We are all vulnerable and therefore all responsible.”?