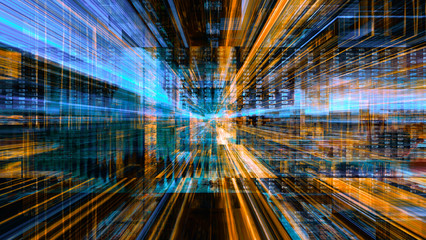 The UK was rated the fifth best country in Europe for data innovation based on more than 30 different indicators, including policy, skills and use of data-driven technologies in industry.

The revenues of the UK’s data companies – a good indicator of a healthy data economy – were calculated at €14.6 billion, the highest of any of the 28 EU member states.

Innovative use of data, like applying it to the healthcare sector or improving public safety, also contributed €300bn to the region’s economy, equivalent to 2% of the UK’s GDP, according to the Centre for Data Innovation think tank.

In fifth place, the UK was ahead of Europe’s biggest economies such as Germany and France, and was behind only Denmark, Finland, Netherlands and Sweden in the ranking. The report judged that strong national leadership and public policy were more important factors than a country’s income.

The report also found the UK was “well ahead” of other EU member states when it comes making government datasets open.

“Supporting data innovation can help countries grow their domestic economies, improve the lives of their citizens, and maximise their competitive advantage in Europe and internationally. But countries need strong national leadership and the right public policies to realise the full benefits of data innovation,” said the centre’s director and co-author of the report Daniel Castro.

The research found that the biggest priorities for data innovation were: making the supply and flow of data free via open data initiatives, freedom of information and avoiding laws that stifled this or added additional local restrictions.

The promotion of data infrastructure such as broadband, digital public services and smart cities were also important factors in driving data innovation, as was promoting data skills among the public.

Nick Halstead, founder & CEO, InfoSum comments, “It’s great to see the UK has been ranked third – out of all EU member states – for data innovation according to the Center for Data Innovation think tank. What lies ahead next year for data innovation are some potential hurdles, namely the General Data Protection Regulation. However, regulations don’t need to stifle innovation.”

“As this report shows, data might be the coal of the economy, but we need a new approach to how it’s mined in order for organisations to unlock the value of their data through collaboration. In order to continue our data success, businesses must ensure robust frameworks are used to handle data. The best practice for obtaining and analysing higher quality datasets is through decentralised and aggregated data models – we know the dangers of pooling data in a central repository after the Equifax breach. This new approach allows companies to analyse and understand customers without needing to be focused on the individual, therefore keeping privacy intact.”