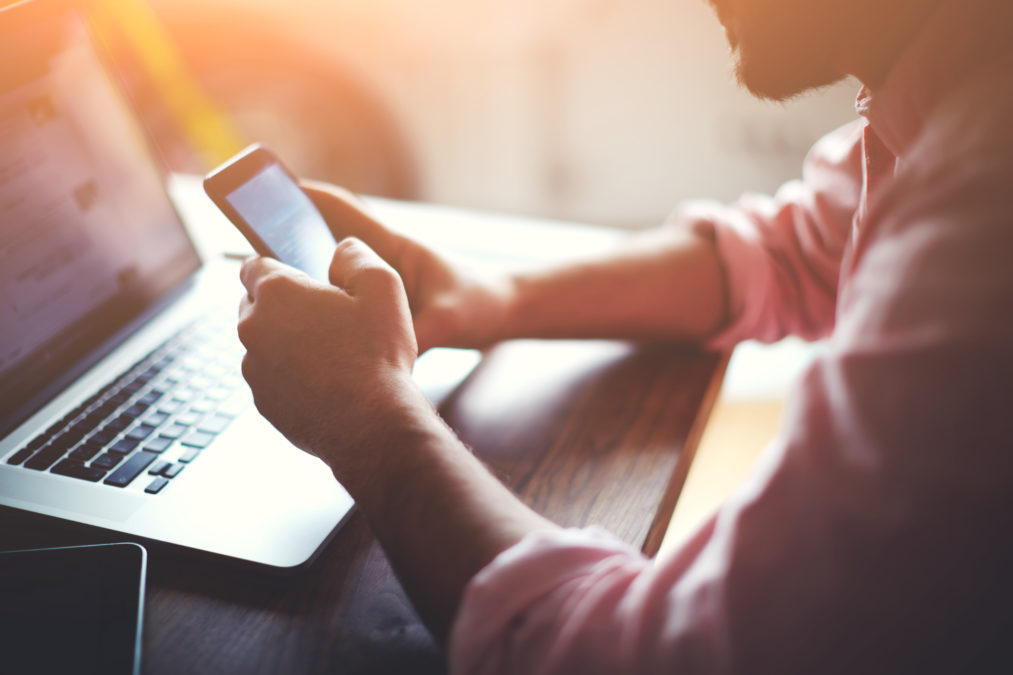 According to the EU, Google “forces” Android device manufacturers and mobile network operators to install Google Search and the Chrome browser alongside Google Play, which “cements its dominant position in general internet search.”

Google has been told to change its practices within 90 days.

Commissioner Margrethe Vestager, in charge of competition policy, said: “These practices have denied rivals the chance to innovate and compete on the merits.”

“They have denied European consumers the benefits of effective competition in the important mobile sphere.”

However, Google has said it will appeal the EC’s decision.

“But we are concerned that today’s decision will upset the careful balance that we have struck with Android, and that it sends a troubling signal in favour of proprietary systems over open platforms.”

US president, Donald Trump, weighed in on Twitter writing: “I told you so! The European Union just slapped a Five Billion Dollar fine on one of our great companies, Google. They truly have taken advantage of the U.S., but not for long!”

I told you so! The European Union just slapped a Five Billion Dollar fine on one of our great companies, Google. They truly have taken advantage of the U.S., but not for long!

Facebook has claimed that they are committed to fighting fake news, however, they are refusing to ban pages which spread fake news and conspiracy theories, arguing that it would go against free speech.

This news follows Ofcom’s announcement that they may look to regulate social media platforms in a bid to stop the spread of false information.

Last week, CNN reporter, Oliver Darcy asked: “how the company could claim it was serious about tackling the problem of misinformation online while simultaneously allowing InfoWars to maintain a page with nearly one million followers on its website.”

In response, John Hegeman, the head of Facebook’s News Feed, said: “I guess just for being false that doesn’t violate the community standards,” Hegeman said, explaining that InfoWars has “not violated something that would result in them being taken down.”

Hegeman added, “I think part of the fundamental thing here is that we created Facebook to be a place where different people can have a voice. And different publishers have very different points of view.”

Facebook also tweeted: “We see Pages on both the left and the right pumping out what they consider opinion or analysis – but others call fake news. We believe banning these Pages would be contrary to the basic principles of free speech.”

We see Pages on both the left and the right pumping out what they consider opinion or analysis – but others call fake news. We believe banning these Pages would be contrary to the basic principles of free speech.

However, this week, Facebook did announce that it would start to delete inaccurate or misleading information created or shared “with the purpose of contributing to or exacerbating violence or physical harm”.

The House of Commons Science and Technology Committee has made calls for visa-free travel and permit-free work in the UK for short-term stays for skilled workers, a relaxation of Tier-1 requirements and the removal of the Tier-2 visa cap, after Brexit.

A summary of the report can be found here.

Norman Lamb MP, Chair of the Science and Technology Committee, said: “Collaboration is crucial to the UK maintaining its position as a science superpower, and it is essential that the UK has an immigration system that facilitates the mobility of the science and innovation community. Delay in confirming how the system will work following Brexit is deeply damaging. Industry and research communities urgently need certainty.”

Our report on “an immigration system that works for science and innovation” has now been published https://t.co/TIGfRe1nvI (press release) https://t.co/VSdPO5yK9X (pdf)

“If the UK wishes to remain open and attractive to the brightest and best global talent following Brexit, it requires an immigration system that allows researchers, technicians, students and innovative entrepreneurs to arrive and work in the UK without facing a burdensome and daunting process.

“Nobody wants to see damage to our economy as a result of restricting the ability of skilled workers to come to this country. This is essential for our future prosperity.”