Skip to content
Home » Ransomware » What does the future hold for the Internet of Things in businesses?

What does the future hold for the Internet of Things in businesses? 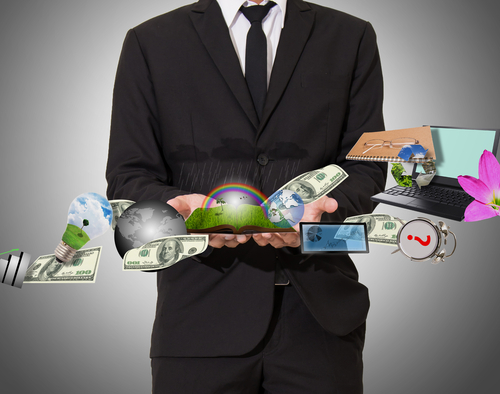 The ability to monitor and control the physical world through sensor-enabled devices can unlock opportunities to expand revenue and optimise operations.

Looking to the future, the IoT will continue to evolve business as the market matures and barriers limiting growth are overcome. By the end of the decade, one trillion objects could be connected to the internet, generating anywhere between $1.2 trillion and $14.4 trillion in revenue according to some estimates.

The term “Internet of Things” is rapidly progressing from an obscure concept known only by futurists and forward-looking developers to a key business strategy employed by the C-suite.

Exponential advancements in technology, fuelled by the internet, mobile computing, cloud platforms and an emerging class of small yet powerful processors, have combined with the plunging cost of electronics to create the next great online paradigm.

The IoT allows products, applications and services available through the Internet, to understand and control almost anything in the physical world through an online system of bidirectional sensors and actuators.

“Things” in the IoT realm can be pretty much any physical object – from a machine cutting metal in a warehouse to ECG sensors in your clothing.

We are entering an era where we can track and control just about anything centrally, as well as allowing these objects to communicate between themselves, influencing one another’s actions.

Regardless of whether you call it the Internet of Things, the Industrial Internet or the Internet of Everything, the promise of adding a sensory dimension to our digitally connected lives, locations and businesses has inspired visions for the future.

IoT company Xively says it is seeing a clear shift in the way that business leaders consider the IoT. When dealing with business enquiries, the company has observed an obvious transition from a “what and why” line of questioning to “when and how”, as more people recognise the tremendous operational efficiencies, revenue boosts and competitive advantages that can be gained by connecting products to the internet.

Evidence of this transition is present in a recent study by ARM, which shows that three-quarters (74%) of c-level execs expect the IoT to play a large role in their business’s products within just three years.

Beyond the development of connected products, organisations are looking at how the IoT can optimise internal business processes. ARM’s research shows that 76% of c-level execs are exploring how they can take advantage of the IoT internally.

Xively says around four out of every five enquiries it receives are from companies that are investigating how the IoT can boost their bottom line by enabling them to streamline processes and drive efficiencies by garnering insights from “dark data” – information that is collected, processed and stored by organisations, but that, until now, has not been analysed or used for any purpose.

In the past, the IoT has struggled to move beyond initial stages within larger organisations as they have come up against a range of barriers. These obstacles range from lack of understanding about how to build the solutions end to end; the cost, time and expertise needed to build and manage unwieldy infrastructures, and the security knowledge to harden the solutions.

However, over the past year, many of the barriers limiting growth have been overcome. The emergence of IoT platforms has removed many of the obstacles to producing connected products, accelerating time to market, and making the IoT a far more attractive proposition to investors who had previously been deterred by the time and money-intensive development process. As a result, there are seeing signs that the market is finally beginning to accelerate.

Increasingly, organisations are looking to the IoT to help make them more efficient by reducing energy use and carbon emissions through smarter practices.

Building an IoT-connected solution may appear to be a simple endeavour however most companies that begin building with this perception quickly end up with an unscalable result that fails to meet business goals. To start, they must define and fully comprehend the full potential of their business case.

An example of a successful business case could be a refuse collection company using the IoT to collect dark data from bins so that workers can avoid making trips to collect bins that are empty and thereby reduce the carbon emissions produced by unnecessary travel.

>See also: 4 things that will happen in the Internet of Things space

Once this is decided, they need to explore a myriad of technology options, and select and apply the most appropriate technologies, including embedded components, connectivity, platforms, applications, clouds and security.

Dark data use is a great example of this. One area where dark data is already being used is predictive maintenance. Connected sensors can be attached to almost anything, allowing businesses to monitor the condition of machinery so that maintenance work can be conducted before a machine fails and interrupts productivity, impacting revenue.

Selecting and applying the most appropriate technologies in an area such as this will maximise the increase in revenue, targeting the business in just the right place.

Xively recently published a seven-step guide to business success on the IoT, which outlines the process of building a selected solution for the business in full.

As businesses move towards a world where billions of devices will be connected to the internet (as well as each other), it is clear they have opportunities to seize within the IoT. It is simply a case of knowing where to start.