Why you still don’t need a chief data officer 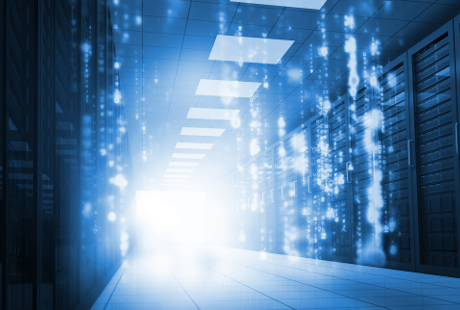 For those who have followed my writings on the subject of the chief data officer (CDO), you know well that I am no advocate of this role.

Having endured one wave of hype after another on this subject and being that I just attended the CDO Summit in London, I felt that it was time for an update.

What I initially believed was a bit of overzealousness in response to new regulatory statutes (BCBS 239 Pillar II) have now become downright cynical.

Every vendor, IT analyst and CDO wannabe is out beating the CDO drum each day in the belief that if you say something loudly and frequently enough then it becomes the truth.

To be clear, there is absolutely no justification whatsoever for a chief data officer, much less the 20-plus other ‘chief whatever officers’ currently being advocated.

In terms of facts, this is what a number of recent surveys tell us: most CDOs have been created out of the wreckage of failed data governance programmes; the vast majority of CDOs remain in financial services and are a direct result of a knee-jerk response to complying with the BCBS239 ‘data management’ requirement; virtually all CDOs are non-executive, reporting one to three tiers below the C-Suite, usually to the CIO.

The typical job description for a CDO reads as follows: ‘Wanted: Knight in shining armor sitting upon a white horse. Needs to solve all data-related challenges that the CIO, risk, audit, compliance, legal, etc. have not been able to do for the past 50-plus years. Must be a visionary, highly influential and yet operationally focused. The chief data officer is fully accountable for the veracity and provenance of all regulatory filings, but will have no operational authority.’

I could go on here, but suffice it to say what is being touted by all as critical to the success of big data and analytics is doomed to fail for a variety of reasons.

First and foremost, the CDO’s remit, as described in most cases, is in total conflict with established guidelines for effective governance. You simply cannot have one leader responsible for both governance and operations. It is a total conflict of interest, which cannot be resolved no matter who sits in the CDO seat.

Second and equally critical, is the requirement for business leaders to take accountability for all of their information and analytics endeavors, and to stop looking for someone else to do it on their behalf.

For any organisation to become an ‘analytics-driven enterprise’, it must be have capable and competent leaders in all levels of the business.

These leaders must set the tone and direction for big data and analytics, and drive the cultural belief that ‘information is one of our most critical assets and we are accountable for its stewardship and exploitation’.

IT cannot do this no matter what they call the messenger, and if we don’t change this dynamic we will fail as an industry to achieve the potential that analytics, big data and our legacy data have to offer.

In summary, while many of my peers will criticise my continued resistance to join the chorus of voices advocating the role of CDO, I cannot endorse a failed strategy when the right one continues to stare us in the face: success with big data and analytics can only come from top-down leadership by the business side of the organisation.

For those experienced in organisational dynamics and corporate governance, the notion of a ‘chief whatever officer’ is a hard one to support.

While being noble in its cause, these czar-like roles are counterproductive to the outcomes desired, and fly in the face of governance practices – ultimately creating chaos and rancor.

If they are absolutely necessitated to help bring focus and critical mass to an emerging focus area then they should be designed to self-expire in 18 to 24 months at the outside.

Short-term needs cannot outweigh the long-term stability of the organisation and its culture.

Why do data governance programmes continue to fail so spectacularly?

Recent surveys show that many data governance programmes have either failed to meet their stated goals and objectives or have receded into the status quo of the past.

The principal reasons are directly attributable to: one, being located in and lead by the IT organisation; two, being unique and outside of existing corporate governance and risk management endeavors; and three, lack of or waning sponsorship by business leadership.

The solution to this challenge is not to re-group and create a ‘data czar’, but to drive the belief that information is an asset from the business side, where all assets have traditionally been managed and nurtured.