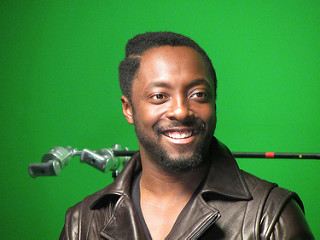 will.i.am talks about idataty. “I am not my social security number, I am not my drivers’ licence, I am not my passport. I am who I know, where I go, where I have been, that is who I am,” he recently said at an AI summit, “This AI Life.”

“I own my blood,” he explains, “not the hospital I was born in. The doctors that help me being born do not own my DNA? This is the difference between the dark ages and the age we are in now. My digital DNA is called data. The age we are going to is when your data is just as much a part of you as your skin.”

You could put it down to a mathematical equation: identity + data = idataty.

And that, thinks the rapper turned futurist and AI advocate, is the future.

This article summarises everything you need to know about the technology on everyone’s minds — artificial intelligence. Read here

Unlike those who fear AI, in combination with data, will erode our rights and create tech giants that take on the persona of Big Brother, wil.i.am is an AI optimist.

He didn’t use these words precisely, but it seems to have something to do with barriers to entry. In the past, your social background, who you knew, and indeed who your parents knew, were enough to give you financial success. But AI can empower us all.

wil.i.am gives the example of a David and Goliath battle in the early days of the computer revolution. Apple wanted to create personal computers, that we could all enjoy. IBM didn’t see it that way: and the product that democratised computers won.

“I come from a very poor neighbourhood, I am optimistic…The society I come from is under developed, but I believe the jobs for tomorrow are going to come from communities like mine, building around technology, new ways to communicate with machines naturally, no swiping, or typing. We are going to have a bright future for AI supporting the underserved.”

Like everyone else, he is aware of the power exuded by the tech giants — data monarchies, he calls them. “Right now, companies have more power than any religion, government or kingdom has ever had.”

At a recent AI conference, Sir John Dermot Turing, nephew of the famous Alan Turing, had a warning and a call to action concerning AI – people who work in this area may need to take heed. Read here

So does that mean we need more regulation? “There are no laws prohibiting you from doing things on AI. If I were to build car, I can not give it 1,000 horse power, or make it able to drive at 1,000 miles an hour, or buy a stealth bomber. There are regulations. But with AI there are not regulations.”

Even so, he sees the drivers of AI coming from us.

“There is something missing in society right now, which is that I don’t have my personal data, my personal cloud, because of that, it brings a friction.”

But what about these companies — the techs, which he says are more powerful than kingdoms, religions and governments?

He speculates that we might have a kind of “Data Independence Day?”

He sees AI as an opportunity because it can buy people time — search “that vast ocean of information” called the internet, and be able to say something like ‘there’s an 80% chance this is right.’ So AI can help fight fake news. “The reason why we have fake news is that no one has the time to find the real truth.”

Here, we look at the importance of data in the future adoption of AI; with the help of Greg Hanson, CTO & VP at Informatica. Read here

It can also enable us to take control over our data. “Today, no one is educated on the power of data, especially inner cities. The way I see that changing is when data is empowering my life, and the only way to have that is to have a data scientist, and a data scientist in the form of AI can make sense of my data.”

His AI optimism applies to jobs too. He doesn’t see AI replacing us, he sees it amplifying us. “Our system is being used by Deutsche Telecom, we are not replacing the call centre but augmenting it.”

He explains further: “AI is not disruptive, it is evolutionary. I come from a poor neighbourhood, I built an AI system, which is not what people thought someone from a ghetto can do. I was a recipient of the do gooders and that makes me want to do something for society.

According to PwC, in absolute terms, around 7 million existing jobs could be displaced by AI, however, roughly 7.2 million could be created. Read here

He doesn’t think we are there yet, though. “Where we are now is not true AI. True AI is cognitive computing.”

Some say data is the new oil, others the new asbestos. Others liken data to uranium, offering great power and danger. But both oil and uranium require massive investment before the resources can be used. If wil.i.am is onto something, AI can, if we play it right, empower us all — or to use his terminology, “turn us into Jedi rebels.”