William Hill is embracing the trendy practices of Facebook and Google 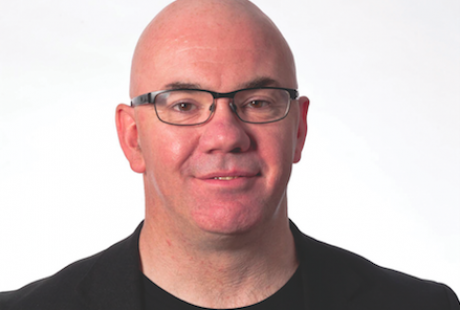 ‘How does a man go broke?’ asked Ernest Hemingway. ‘Gradually, then suddenly.’ And when a chief technology officer uses the quote to describe his own company’s digital journey, you know it’s had problems.

To some, it may seem odd to hear Finbarr Joy, CTO at William Hill, be so frank about the troubles the 80-year-old bookmaker has faced as betting habits have migrated from bricks-and-mortar stores to online and mobile.

His brutal honesty may be attributed to the fact that William Hill has fared a lot better than its rivals in the world of digital. Such struggles in the betting industry are best exemplified by the flurry of merger activity last year.

First, Ladbrokes and Coral agreed a merger that will see them overtake William Hill as the UK’s largest bookmaker – with nearly 4,000 betting shops, compared to William Hill’s 2,300. Then, Paddy Power and Betfair came together to create one of the world’s largest online gambling businesses. Both mergers will be finalised this year.

William Hill’s own attempts to acquire 888 hit a wall a year ago when the companies were unable to reach agreement. But all of these deals represent efforts by the companies to become more formidable in the increasingly lucrative market for online and mobile bookmaking.

And the need for digital nous leapt further last year when the government slapped a 25% tax on betting machines, which are the highest-earning products in betting shops. This followed a 15% point-of-consumption tax rate for remote gambling that was introduced in 2014.

So while there are still thousands of popular betting shops across the country, it’s clear that the winners and losers of the gambling world will be dictated by who has the best digital offerings – and who markets them most effectively.

For the vast majority of its existence, William Hill’s success, as with every other bookmaker before the internet, was based on a set of mechanics that adhered to running a retail operation. Essentially, if it planned a good retail location, it was on to a safe bet.

Now, however, Joy says planning William Hill’s products over the next few years means knowing the outcome of convergence between social, cloud, big data, mobile and the Internet of Things. That sounds a little more difficult for what is the world’s second-oldest profession.

‘When we sit down and think about what our product is going to look like over the next two or three years, we can’t be in the game of second-guessing and doing a traditional IT strategic five-year plan, which I still hear a lot of IT directors talking about,’ says Joy.

‘We’ve seen the whole software-eating-the-world thing to be profoundly true across a number of industries, but the gambling industry has been surprisingly late to that party.’

Indeed, but for the fact of regulation, most of the bookmakers would be in an even worse digital state. While regulation has held them back, it has also acted as something of a barrier.

With the introduction of the web, William Hill joined others in releasing its first wave of online initiatives in the 1990s. ‘When the NCSA Mosaic web browser was released in 1993,’ says Joy, ‘the world changed practically overnight.’

But, along with the rest of the betting industry, it didn’t fare well with the new platform. And come 2000, two online-native gambling firms, Betfair and Bet365, were launched that thoroughly disrupted the market.

In 2007, a series of new developments started taking place that, according to Joy, were much ‘quieter’ than the release of the web. ‘When you look back, it’s almost like it happened while we were sleeping,’ he says, ‘yet they are far more disruptive and profound capabilities compared with the 90s.’

Previously, William Hill ran a familiar IT setup where large systems were purchased from traditional IT providers like IBM, Oracle and Microsoft, and placed in the centre of the business to supposedly answer all of its issues.

But as the company became more customer-oriented, it found itself gravitating towards open-source, bottom-up communities and frameworks that were formulating on the back of initiatives from Facebook, Google and Twitter.

‘This is technology being selected without the IT manager even being aware of it,’ Joy says, ‘and Darwinian forces taking over for what will be successful. It’s given us the benefits of, for instance, parallel distributed computing, which just a few years ago was still in the realms of research and eye-wateringly expensive – but now it’s available for download with Hadoop.

‘Similarly, we look at machine learning, which is another massive benefit that has come along through all of this. That was also still in research just a few years ago and was extraordinarily difficult to do. Now, thanks to the Apache Foundation, it’s scattered through dozens of frameworks, a few of which William Hill now uses.’

This new approach to technology has completely changed how William Hill operates and what its IT department looks like. While its structures used to be hierarchical, top-down and centrally driven, it started to get more into a network model where projects are allowed to evolve.

This has resulted in a number of initiatives William Hill runs today being successful because they have proven to be so, rather than having resources thrown at them until they met an acceptable level.

‘If you go back four or five years, you would create a project and sit on it until the damn thing got over the line, regardless of how much it was costing and how much of a doomed failure it was,’ says Joy. ‘Now we’re running smaller exercises in much smaller teams, and coordinating completely differently in terms of the management models applied.’

William Hill now has several thousand things operating on its networks and experiences failure repeatedly, but, says Joy, nobody notices because it never has a large enough impact.

This is hugely different from traditional infrastructure which depends on zero downtime, so the new approach has transformed the culture, mindset, services and practices of William Hill’s IT organisation.

‘It’s finally resolved the classic restraint around enterprise IT,’ says Joy. ‘Every enterprise IT initiative gets into the problem of data integration. There’s always an epic struggle to centralise the notion of the master data model, as if we can control everything and spot all changes.

‘These new frameworks allow us to, quite frankly, release ourselves from that impossible pursuit. Data is always available – the frameworks embed the data into the applications with a straightforward interface and subscription access.’

>See also: Why is machine learning not yet infiltrating B2B?

This also means William Hill is in a very strong position to cope during periods of heavy online demand and traffic.

‘That is extremely challenging,’ says Joy, ‘and it is where those compound capabilities of machine learning and big data handling come through to bear fruit. Now, we can compute and manage those volumes in real time.’

Most of all, what William Hill has been able to achieve is an agile organisation that is in a position to adapt quickly when the next changes take place in technology-driven user habits.

Open-source initiatives have proven that they provoke those disruptions over the past decade, so by embedding itself in those communities, William Hill is far less likely to find itself so drastically behind the times again.