Jo Peterson, vice-president, cloud and security at Clarify360, will be moderating a panel session, titled ‘The Future of Tech Investment’, during the Women in IT Virtual Summit Silicon Valley 2020 on the 7th October.

Taking place at 10:25am PST, the session will explore how the Covid-19 pandemic has changed the ways in which companies make investments, the rise of particular technologies in emerging from the crisis, and the impact of campaigns against racial inequality on investment in black-owned tech organisations.

If you would like to register for the event, please click here. Registration for the summit is free of charge.

Why do you think a lack of diversity is still a problem within IT?

I’m going to tell you a funny story. The year is 1999, I’m a relatively young engineer, and I met my first female CIO ever. Honestly, it was like meeting a rockstar for me! I was so in awe, I fumbled my questions, and I couldn’t stop staring at her during the meeting. I apologised to her for fumbling after the meeting and said I wanted to be just like her. She actually chuckled and took a few minutes with me, and she was so kind and encouraging. I remember that to this day.

Strong female IT leaders encourage other females on their team, and I often see the teams of female CIOs be more balanced along gender and diversity lines. I’m not saying there aren’t so many amazing male IT leaders that are advocates for women out there, because there are, but I think women understand better what it’s like to be a minority.

The truth of the matter is that male-dominated workplaces pay less attention to gender diversity, and we’ve made strides as an industry, particularly in the last five years. As members of the community, we’ve called on tech firms to be more inclusive at conferences, release diversity data, hire heads of diversity and implement unconscious bias training. But at the end of the day, the tech industry is just a reflection of our society. The numbers when it comes to diversity don’t lie; women make up 40% of employed adults in the US, but only hold 25% of tech roles, and of that 25%, 92% are white. So, we clearly have more work to do. 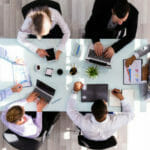 DiversityQ, Information Age’s sister publication, has produced its first piece of bespoke research, which looks at the number of BAME board members at FTSE 100 companies. Read here

As a woman in IT, how do you go about promoting diversity within the workplace?

I’ve sat on a couple of non-profits for women in tech in the past, but having and setting up your own non-profit, like I did with Cloud Girls, is a learning experience. I tell people that it starts with intention; you have to look for ways to upskill women and encourage them. So, what I would say is get involved in women’s groups and in your communities. Did you know that the Girl Scouts offer a cyber security badge?

Look for talent that you can grow and mentor. That way, you’ll give yourself something back, too, because it may be one small thing you can do for a couple of hours a week, and you feel gratification from it. You get to move the needle a little bit, and think about how much of what we do can yield direct results.

Also, use social media within certain channels where women are more prominent; ask an organisation like Cloud Girls, Women Who Code and Black Girls Code to tag your posts when you’re seeking a candidate, because you might pick up someone in that audience who would have never come across otherwise. If we as female leaders in tech don’t shine this little light for young women wanting to pursue a career in tech, who is going to? 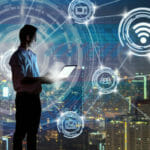 Could you please expand on the panel session that you will be moderating during WIT Summit Silicon Valley?

I’ll have this amazing panel of tech leaders, both male and female, and we’re going to talk about the future of tech investment; what it’s been like for organisations making investment during this time of uncertainty; and what the pandemic has accelerated and decelerated.

Chaos can be this catalyst for innovation, so I don’t always think that chaos is a bad thing. We saw that in the 2008 recession; we saw some wonderful companies emerge out of that recession, and I think we will see that again post-pandemic.

We’re going to talk about what technologies and innovations will rise to the top. We’ve already had some hints, and we’ve seen social uprising relating to racial inequality. Will that translate to more money and attention going towards diversely founded and run tech firms?

It’s going to be a very lively conversation amongst these great thought leaders, and I hope everybody’s going to join us.