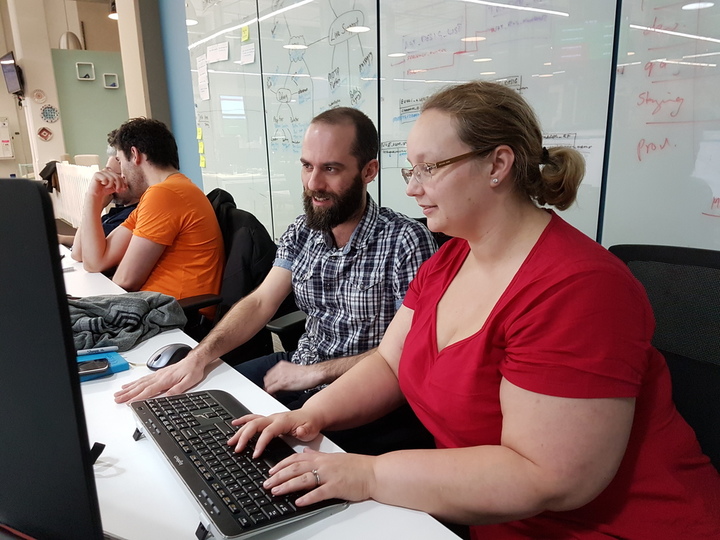 A key experience from my education in mid-90s Wales helps me understand why there’s still a relative lack of women working in our industry today.

It was that crucial moment in life when I had to think about what I’d like to study for my GCSE subjects. I was very interested in studying IT – computers and their potential fascinated me. The thought of learning it in school was a no-brainer.

But while it might have been a no-brainer for me, the school’s IT teacher couldn’t wrap his mind around the concept. He told me outright, ‘I don’t think this is the class for you, Bethan – you’d be the only girl.’

That one teacher’s opposition to a young woman taking part in his class meant I dropped the subject before I even started. The legal system became the subject of my focus rather than IT systems, and I chose subjects that would lead me towards a law degree at university.

It’s sad to think that the attitude of one teacher could have prevented me from working in IT forever. But as luck would have it, I’ve ended up here anyway.

My interest remained high despite that early rejection, and so when the time came to look for work that was more meaningful to me than law, I was already aware that the industry supports a wide variety of roles.

I might have missed out on technical training, but it turns out delivery management is right up my street, and I’ve been fortunate to contribute my skills to some very high-profile, complex IT projects. Which is all I ever really wanted.

But I can’t help wondering how many other girls have been in similar situations to me and didn’t make it back to the industry they were naturally drawn to. What skills and perspectives are we missing out on because of closed-minded attitudes like this?

Let’s celebrate women in IT – until we don’t need to!

Despite experiences like the one I’ve described above, there’s now plenty to celebrate for women in IT. From a personal perspective, well, here I am. There may have been a barrier put in my way, but it didn’t hold me back.

I’m not the only one. Our industry offers so many roles, and women are commonplace in most of them, such as user experience (UX), business analysts, delivery leads and engagement managers. It’s now only the more technical developer/tester roles where I feel women can still feel under-represented.

Perhaps we can address this by making sure that young women get the chance to pursue their interests as soon as they emerge. While I’ve ended up in a role I love, delivery management is not necessarily the discipline I’d have originally chosen had I been able to learn more technical skills during my formative years.

Regardless, the Women in IT Awards are rightly celebrating the huge contribution women are making every day. And the trend towards greater diversity is only growing stronger. I’ve noticed that more and more women are joining us at Equal Experts, as well as the client organisations we work with.

To those young women looking to get into IT, I encourage them to get stuck into whichever area interests them most. And I advise them not to let themselves be put off – there’s room for everyone.

And to those of us who are already here? I’d say we need to remember that we are all in the same boat, trying to deliver the best work we can. And by ‘we’ I mean men and women, not just women.

Since working in IT, I haven’t had any bad experiences while working in a predominantly male environment (though I don’t deny that some women have, and will).

Ultimately – and perhaps I’m naive and idealistic here – I believe good people get to where they need to be, somehow (regardless of what their IT teachers might say). But while the Women in IT Awards are necessary, it shows we still have work to do.

For me, the real achievement will be when our gender is truly unremarkable. Let’s make 2017 another year of progress.