5 surprising mistakes that will fry your computer 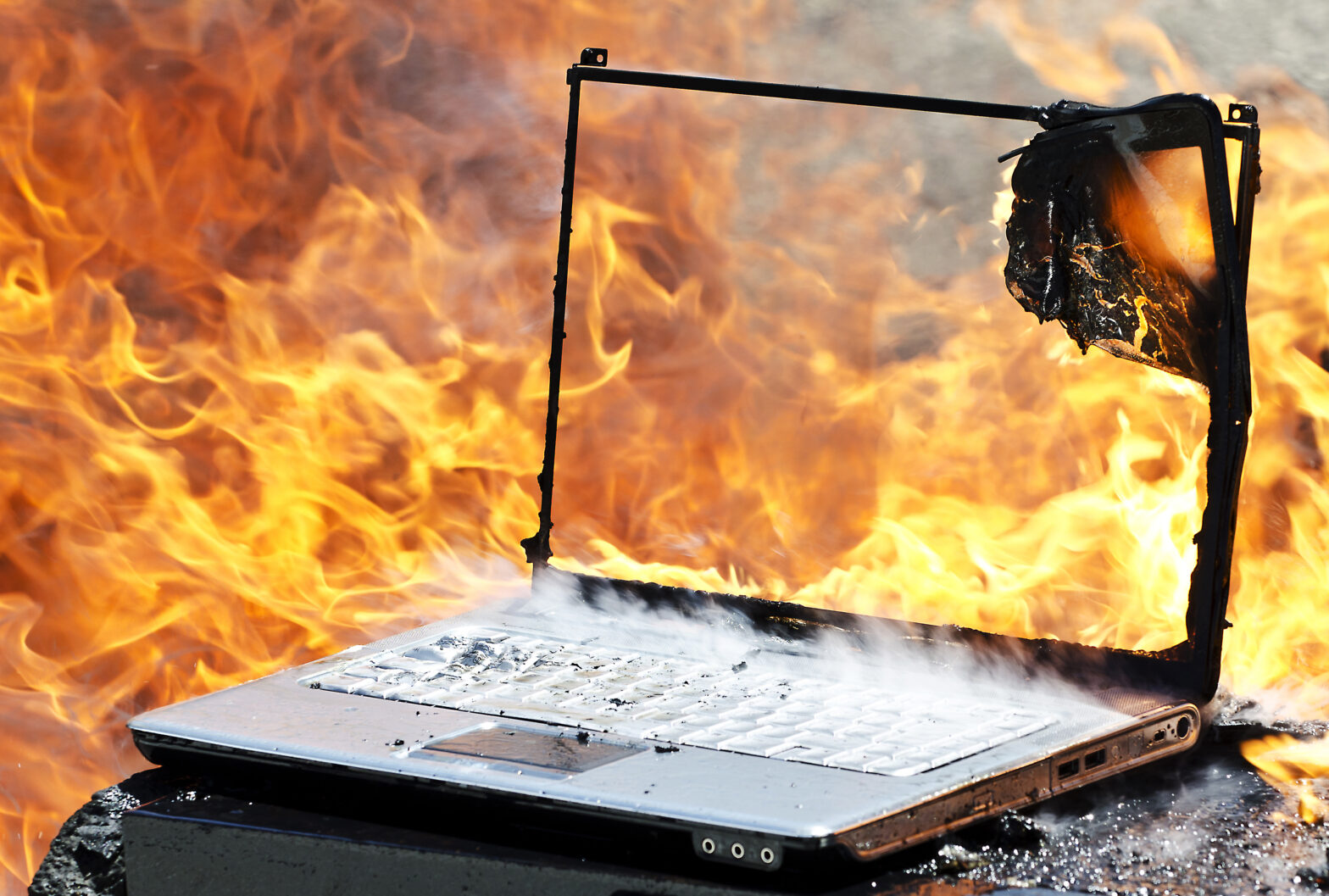 Despite the proliferation of tablets and phones, many consumers still utilise laptops and desktops for their performance and storage capabilities. And these owners frequently make mistakes that can ruin their computers, sometimes beyond repair.

Thankfully, armed with a little knowledge, most of these mistakes can be avoided, thus preventing expensive repairs and replacements.

Here are five mistakes that can end up frying your computer.

1. Delving into advanced settings and adjustments

The trick with performance-enhancement changes to your computer is you really need to know what you are doing, and how to undo it if necessary.

For example, some situations might call for an update to the computer’s BIOS (basic input output system). The BIOS is a motherboard chip that essentially tells the computer what to do once it is turned on to the point where it loads the OS.

>See also: The 10 most common mistakes businesses make when building a hybrid cloud

Settings for various components such as the hard drive, DVD, memory and other hardware are located here. You can make changes to the BIOS, which will for example alter the computer’s boot order. However, if you do something wrong, the computer might not boot at all – leaving you with a serious problem.

Before diving into advanced settings such as BIOS, be sure you have a high level of technical understanding and read about the problem thoroughly. And always hedge your bets by saving a backup of the BIOS settings you can revert back to in case you need to restore the initial settings.

2. Not managing the power

While you can’t control sudden outages, you can employ protection. This should come in the form of a battery backup or quality uninterruptible power supply (UPS) strip that can regulate surges and prevent internal damage.

The most unmanageable surges occur when lightning hits, so avoid using a plugged in desktop or laptop during a storm. The key is to unplug the device completely – not just turn it off.

3. Letting it run wild all night

Leaving a computer running all day and night is a poor choice for several reasons. The idle computer is still generating heat, so the cooling system is always running. If that cooling system fails, then it will quickly overheat, even when not operating.

The computer will also likely perform better with the occasional reboot that comes with a full power off. For example it can clear out program fragments from memory and perform other behind-the-scenes functions. Make sure you use computer management to put the computer to sleep while not in use.

And, of course, passwords should be managed properly. Leaving the password as “password” or “admin” is making it too easy for someone to access your information.

A tip for randomised passwords is to pick a personal phrase, such as “my cat sleeps in the window” and then take the first letter of each word, so the password begins with “Mcsitw”. You can then add a significant number and symbol. Choosing a password that is not an actual word can thwart brute forced attacks.

Despite the dangers from malware and viruses, there are still a significant percentage of computer users that do not have active anti-virus protection on their machines. A quality antivirus program set for automatic updates is essential.

Set automatic updates and pay attention to industry reviews of the various programs to be sure you are using a robust program with frequently updates. Stay away from running more than one program, as they might slow PC performance and identify each other as potentially bad software.

A final mistake that won’t break the computer but will cause even more headaches is to not backup files. Some computer users still rely only on the device’s single hard drive for storage. If they make one of the above mistakes, then all of their files and data can be lost. Use external hard drives and cheap cloud storage for instance peace of mind.