Skip to content
Home » Sectors » Automotive » Are we ready for driverless cars?

Are we ready for driverless cars? 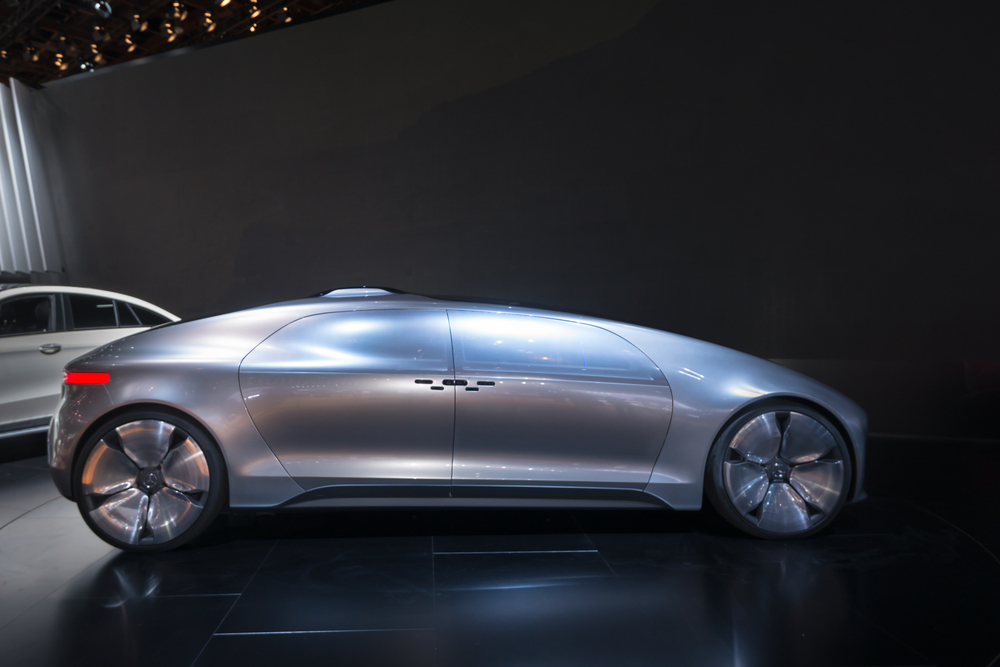 The classic flying car of science fiction may not be here yet, but one of the coolest technology fads of 2015 is undoubtedly the driverless vehicle. It's not exactly new – Google's self-driving car team has been famously testing the technology near its headquarters in Mountain View, California for at least the past five years, but just in the last month announced it would be consulting with top car manufacturers including General Motors, Ford, Toyota and Volkswagen to get them out into the commercial world very soon.

> See also: The car of the future will be a data goldmine

Most major car manufacturers including Audi, Mercedes-Benz and Tesla have now unveiled driverless prototypes or concept cars of their own. US taxi app service Uber has announced a massive investment into the technology's research and development alongside experts from Carnegie Mellon University, with the goal of getting the first driverless vehicles into its fleet by the end of the year.

And for the UK government, getting in poll position to develop the technology for real-world use has become a priority, with Chancellor George Osbourne pledging over £20m towards it last year. Today in Greenwich, London, the UK's first autonomous road vehicle, the Lutz Pathfinder prototype pod built by Coventry-based engineering firm RDM Group, was shown off in public for the first time as part of the government's Autodrive project. Various models of car will be hitting the streets of Bristol, London, Milton Keynes and Coventry, to test various legal, safety and integration issues as well as the public reaction.

Vehicles like the one trialed today in Greenwich work through a system of sensors – radar, video, light and ultrasound sensors to detect the edges of roads, lane markings, road signs, and obstacles, the data from which are into a central computer that manipulates steering, acceleration and braking. Each of the technological components themselves have been around for a long time, and are getting cheaper and easier to manufacture.

It seems that now the ball – or the wheel – is rolling, there's no stopping this technology. It's an industry that is expected to be worth £900 billion globally by 2025, according to the UK government, and currently growing by 16% a year. Those behind this determination to fill the roads with ghostly wandering vehicles with minds of their own will tell you they're ushering a shining new era for transportation, where congestion and accidents due to human error are a thing of the past, and urban emissions are minimised. The elderly, disabled and blind will become independent, while office workers are able to use their cars like mobile offices as they zip around between meetings while their onboard computers take care of the menial work of driving.

> See also: Why the connected car is both exciting and potentially terrifying

It's a great vision- but in the rush to get ahead of competitors, designers need to ensure that new technologies are robust. As Vicente Diaz, principle security research for Kaspersky Lab explains, working technology alone doesn't guarantee the success of integrating these vehicles into our streets. With the announcement of a new breed of driverless car being trialled on public roads as early as summer 2015, the automotive industries should be looking to join forces with the cyber security industries from an early stage, to protect our connected vehicles from emerging cyber-threats, before the cars become widely available to consumers and the risk increases.

As Diaz warns, it could take seconds for a cybercriminal to disable or destroy a connected vehicle- with disastrous consequences.

'Rather than waiting for the first attack to take place, we have to find and stop these vulnerabilities now before the technology is integrated extensively into our cars,' says Diaz. 'The current mechanisms for real-time tracking, detection, analysis and resolution of cyber-threats for computers and mobile devices will not be enough on their own.'

Although these trial cars have been given the green light, it’s likely to be a while before they become available to consumers, giving us time to prepare. Everyone involved in the creation of a connected vehicle – including policy makers – will need to work together to ensure these points of weakness are dealt with before connected vehicles become commonplace on our drives and onto our roads.

'This means analysing all the different vectors that could result in cyber-attacks, accidents or even fraudulent maintenance of the vehicle,' says Diaz. 'The government is also set to publish a new code of practice, which should be accommodating to the new technology and potential threats that come with this. At the same time, owners of next generation cars must learn that threats, specific to the computer world now apply to connected vehicles and take these risks into account. One thing's for sure – however fast we go, hackers will always be just a few steps behind.'

If we get the security and privacy concerns around this right, autonomous cars could revolutionise society and provide real benefit. But as Will Rockall, director at KPMG’s cyber security practice explains, as increased automation is introduced the threat of hacking and cyber-attacks will become more real as the control of vehicles and routing is removed from human beings.

'It is important that manufacturers, regulators and the broader industry feel free to innovate' he says, 'but they can only do that if concentrated effort is put in now to understand the risks and design in security to the heart of these service.'