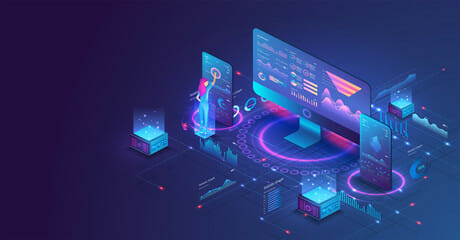 Dynatrace has announced the launch of Keptn, an open source pluggable control plane, which it says will advance the industry movement toward autonomous clouds.

A need for autonomous cloud management

The automation and orchestration of processes and tools is needed to combat the growing strain between IT resources and accelerating cloud scale and complexity (to ensure the continuous delivery and automated operations of cloud native environments).

Automation and AI have become critical weapons for IT to maintain control. However, where to start and how to map out a successful path to NoOps has been a barrier for many IT organisations.

“Keptn is an outcome of a belief and program we have been working on for years,” said John Van Siclen, CEO of Dynatrace.

“In talking with CIOs and CTOs of our many enterprise customers, it’s become clear that advanced levels of automation and intelligence are required to bridge the growing gap between limited IT resources and the exponential increase in scale and complexity of dynamic enterprise clouds and the growing cloud native workloads now being deployed. We purpose built our new Dynatrace® platform with a powerful, explainable AI engine at the core to identify anomalies and degradations with precise root-cause to trigger automatic self-healing actions. But what’s been missing has been a simple, repeatable way to harness this potential and leverage it for a true NoOps approach. Keptn provides an answer and we are thrilled to offer it to the industry as an open source project.” 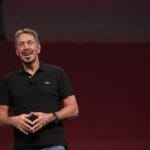 The journey to NoOps

Dynatrace, like many of today’s enterprises and large IT organisations, faced these development and operational challenges several years ago when it was reinventing its business and its core software intelligence platform.

Lessons learned and best practices developed during the company’s path to NoOps led Dynatrace to develop Keptn. The tool is also available to the open source community, which Dynatrace says will allow ‘the entire industry to simplify and accelerate the inevitable movement to autonomous cloud operations, beginning with continuous delivery and automated operations as the first phases of the process’.

“At Dynatrace we learned that the journey to NoOps starts with transforming how development and operations think, operate and align. Putting in place an unbreakable software delivery pipeline from ideation through to volume production allowed us to scale from 2 to 25 major releases per year, plus hundreds of fix and currency releases in between,” said Alois Reitbauer, chief technical strategist and head of the Dynatrace Innovation Lab.

“As we spent more and more time with customers and partners interested in how we accomplished our transformation, we realised everyone was starting in different places with different tooling and different skill sets. With Keptn, we set out to simplify the journey to NoOps for others and we open sourced it to accelerate its adoption and functionality.” 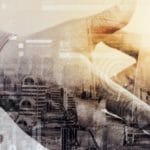 Dynatrace has been working with customers to advance autonomous cloud operations over the last 18 months.

After dozens of workshops and autonomous cloud labs (ACLs) with customers and partners, it became evident that a simple pluggable control plane that automates the continuous delivery pipeline linking development with production would accelerate the NoOps journey.

“Keptn helps us transform our applications from traditional to a cloud native SaaS offering with full automation of delivery and operations,” said Sebastian Bonk, manager of Software Development at Avodaq. “Kubernetes is our future – and Keptn with Dynatrace is our insurance that we leverage the platform in the most optimal way.”

• A simple, declarative way to specify multiple continuous delivery pipelines for hundreds of micro-services and automatically generate all the plumbing that underlies them. A multi-stage pipeline can be set up in minutes.
• An easily maintainable automation approach enabling customers to automate operational tasks like reacting to failed deployments based on performance and business feedback as well as automating remediation for production problems. Keptn’s control plane separates process definitions and actual tool integrations and orchestrates processes at runtime which increases manageability and adaptability.
• A high level of transparency, following a GitOps model, with distributed transaction tracing capabilities embedded into Keptn enables the stitching together of individual actions into traces and provides a deep level of visibility into automation tasks.