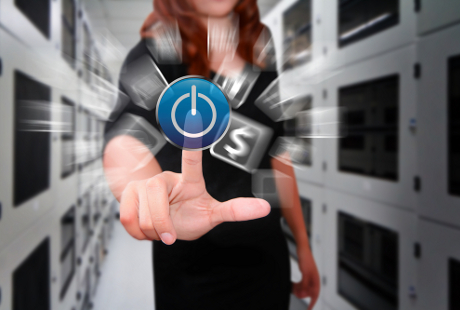 In 2009, insurance giant Aviva united all of its European subsidiaries into one operating group, Aviva Europe. To begin with the organisation continued to operate with IT resources dotted around the continent, but consolidation and centralisation were key objectives of its first IT strategy.

One area that was ripe for consolidation was Aviva Europe’s data centre estate. Its European IT infrastructure was typically located in the headquarters of its various national divisions.

“We are too small to have 10 data centres,” explains Philippe Gilbert Europe integration director at Aviva’s techonology shared services unit. “We decided that we can locate our data centres for the division in just one country.”

Modernising a 100-year-old insurer with ECM and BPM

It was decided that the company’s primary facility would be its data centre co-located with Interxion, near Paris. “We chose France because of the quality of the electricity, the position of the data centre, and the capacity of the network link at the Interxion facility,” explains Gilbert.

In refreshing its data centre platform, Aviva Europe wanted to improve the availability of its services, as demand has increased significantly in recent years.

“When I joined nine years ago, the company could shut down for one or two days and nobody would notice,” says Gilbert. “Our service-level agreement with the business was that if there was a major incident, we would be back up and running in three days.”

The organisation therefore opted for an ‘active-active’ infrastructure design, with two live production sites running all the time. If one data centre goes down, each site has the capacity to run all of its business systems.

Two host the second live site, Aviva Europe chose SunGard. Previously, the organisation had used SunGard’s disaster recovery services. Every 6 months, it would spend one week making sure it would be able to migrate its systems across from the Interxion site in the case of an emergency.

But just as Aviva Europe was looking for a secondary site, SunGard was launching permanent co-location services. “We had worked with them before, so we trusted them, and they had good links with the Interxion data centre,” explains Gilbert.

Aviva Europe’s existing infrastructure was as diverse technologically as it was geographically. “We had IBM in Poland, HP in France and Dell in Ireland,” Gilbert says.

It decided to build the new platform from scratch, using primarily Dell servers. The architecture was virtualised using VMware software, drastically cutting the amount of hardware and data centre floor space it needed.

Gilbert has migrated each country’s systems to the new data centre, one by one. It has been largely unnoticed by the business, he says, thanks to the tactic of migration the IT department’s test and development systems before the production environment. “We had some difficulties in the migration, such as servers with slow response times, but we tested them beforehand so we knew what to do when we moved the production systems.”

While the physical infrastructure has mostly moved to France, the human IT organisation is still spread around the continent. “For example, our x86 servers are managed remotely from Poland,” he says. “It is a virtual organisation.”

Gilbert says that this has been made possible in part by a new configuration management database (CMDB), from HP, which automatically detects changes to the hardware configuration.

All of the regional IT teams have been trained up on managing the new infrastructure, which means that expertise can be sourced from wherever it is available.

As that suggests, there was a significant training cost in the project. “We made a huge investment in training, for two reasons. Firstly, we were changing boxes, but secondly, in a lot of cases we bought high-end hardware rather than average kit. High-end means a lot of functionality, so we had to increase the expertise of our staff.”

The pay back has been considerable. “The running cost of our data centre platform this year will be €9 million, which is a saving of €10 million,” explains Gilbert. “And that includes the set up costs, so next year it will be even less, around €6.8 million.”

The savings have come from reduced cost of operating and maintaining the previous data centre facilities – “we saved €2 million on the buildings alone” – and from reduced staffing costs.

Aviva Europe’s data centre transformation is now the model that other divisions of the Aviva group plan to copy, Gilbert says. “We did it quickly, we didn’t deteriorate the quality, and we did it without creating too many extra people.”