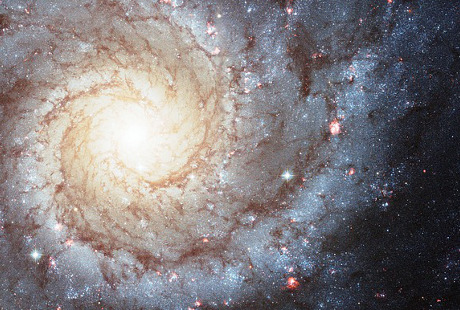 China has overtaken the US in the race to build the world’s most powerful supercomputer, grabbing number one spot in the biannual Top500 list announced at the International Supercomputing Conference in Leipzip, Germany today.

The system, called Tianhe-2 or Milky Way 2 in English, is the fastest computer ever built, able to execute 33.86 petaflops, or 33.86 thousand trillion floating point calculations a second, making it 74% faster than the next fastest computer – a system designed for the US Department of Energy.

According to Top500 editor Jack Dongarra however, the system was only operating at 90% capacity during testing, and is thought to be capable of achieving staggering speeds of 54.9 petaflops.

The first computer to reach a petaflop was IBM’s Roadrunner in June 2009. The list now has 26 systems with a performance greater than a petaflop, up from 23 six months ago.

To put this in context, the computer is about 33 million times faster than the iPad. 2010’s number one fastest computer, the Tianhe-1A, also built by China, performs at just 2.56 petaflops and is now in the number 10 spot.

American chip manufacturer Intel continues to dominate theTop500 provide the processors for the largest share – 80.4 percent – of Top500 systems, and the Tianhe-2 is built entirely with Intel processors. However all other aspects of the computer, including operating system, design, front-end processors and software, are Chinese.

China has been advancing rapidly in the field of IT, aiming to beat the US in a race to build a system capable of processing100 petaflops by 2015, eventually reaching 1000 petaflops, or one exaflop, by 2018.

The Tianhe-2 will be deployed at the National Supercomputer Centre in Guangzho in China by the end of this year, two years ahead of its scheduled deployment.

Total combined performance of all systems in the list of 500 supercomputers has grown to 223 petaflops, compared to 162 petaflops six months ago.