Skip to content
Home » Regions » Asia-Pacific » There’s no smoke without fire: Will Asia dominate the future of R&D?

Now, with coronavirus changing the economic paradigm, businesses will be forced to innovate quickly as demands change.

Although this competition is healthy because it drives companies to innovate, it’s understandable that countries are concerned that some of the technology companies which support their economies could soon become displaced by fast-developing Asian technologies. To combat this and remain competitive, R&D spending is top of the agenda for many governments. However, is it now inevitable that Asia will become the dominant global innovation hub?

Throughout the modern era, Europe and North America have been at the forefront of innovation, channelling huge resources into R&D. Looking at the statistics, Europe and North America still lead the way, with 11 of the top 15 spots of spending as a portion of GDP according to recent OECD statistics. Notable examples being the US, Switzerland, Germany and Austria, which all spend close to 3% of their GDP on R&D.

Yet, the balance of power is pivoting eastwards, and Asia is undeniably developing some superior technology. Japan and Korea have had a strong hand in technology for some time but, the rise of China has ignited this competition, with the country bringing both the resources and desire to go toe-to-toe more directly with Western companies. 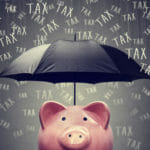 A report from the Coalition of Digital Economy (Coadec) says the UK needs to overhaul it’s system of R&D tax credits in relation to startups. Read here

China’s economic growth, which was previously dominated by bulk manufacture of low-cost goods, has morphed into one of technological prowess as they have funnelled resources into innovation.

Despite China’s R&D spending is surprisingly low as a proportion of GDP (2.12%), but it accounts for 20 per cent of global R&D spending. What is more is this still grew by 11.8 per cent in 2018. This drive can clearly be seen in the ‘Made in China 2025’ policy, which focuses on increasing innovation spending in R&D intensive sectors such as robotics, aerospace and pharma.

It definitely appears that the Chinese economy innovates very effectively, creating leading global technology. Consumers are now familiar with some of the bigger players, such as Tencent and Huawei, as they build a larger presence in countries like the UK and US. This is because the R&D activity is heavily concentrated among several key companies which champion innovation and allocate large budgets to R&D. However, things are changing rapidly as the economy opens up. Recent figures show the number of tech unicorns in China is now 206, narrowly surpassing America’s 203. Similarly, the region is becoming an attractive destination for international R&D activity, such as Tesla in China and Dyson in Singapore.

On the other hand, China’s success is also its weakness. As economies across Asia continue to develop, wages are being driven up considerably. This has huge implications for R&D as it increases costs. R&D is driven by talent and it accounts for most costs associated with activity. If that talent costs more, the cost will spike. We will see the competitive advantage begin to swing back as computer scientists, software engineers, researchers and project managers begin to cost as much as in Asia as they would in the UK or France. Setting up factories and research facilities in Western Europe, for example, will soon be a more viable and competitive option to a facility in China. 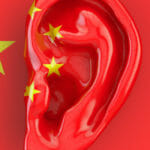 AI/machine learning needs lots of data. Is China at an advantage in the AI race because of GDPR? Will the UK and Europe be left behind? Read here

How have western governments responded

For European and North American governments, the key is to make the economic environment as friendly as possible. Innovation incentives are crucial. You can encourage more R&D activity by rewarding businesses who innovate through R&D tax credits. However, applications must be easy to navigate to ensure all eligible companies take full advantage of them and the criteria must be wide-reaching.

The UK government, for example, recently announced sweeping R&D ambitions. Not only has it boosted public funding and increased tax credits, but it is reviewing processes. The cost rules were written 20 years ago when the R&D Tax Credit scheme was first launched. To put that into perspective, that’s the same year the world saw the first camera phone and cloud tech didn’t exist. The UK is a hot-bed for leading technological research, so updating the rules, especially for IT and software, is a blueprint for other European countries.

However, innovation goes further than simply ploughing money into the problem. What’s needed is an environment that not only fosters but directly rewards and encourages local businesses and innovation. Western countries have traditionally benefited from better infrastructure, such as the wide number of world-class universities, alongside a strong start-up culture, showcased by Sweden becoming a start-up hub. This needs to be capitalised on by effectively commercialising research and supporting start-ups.

As mentioned previously, R&D success depends on talent. It’s a highly-skilled field, which is driven by people with ideas and the ability to execute them. The most frequently cited influence on where a business establishes innovation programmes is availability of talent, with 50% of companies citing it as a factor, as found in the current edition of our International Innovation Barometer. Most governments have expressed ambitious desires to ramp up activity in coming years, but they need to make sure talent is coming through the ranks. By encouraging students to undertake careers in STEM fields at university, countries will be well positioned to build an innovation-driven economy.

Collaboration: the key to innovation?

Collaboration is also an often-forgotten element of innovation for technology companies, which prefer to go it alone to shield their proprietary knowledge. This is shown by the fact that only half of the tech organisations we surveyed collaborate on R&D. Through combining resources and talent companies are able to find solutions much more quickly. This is prevalent in the pharma sector, where companies team-up to pump more resources into the development of a certain drug. Perhaps it’s time technology companies began to collaborate more, avoiding doubling up on research already done.

On the whole, businesses in Europe and North America can take strategic steps to improve their R&D processes so their activity has the maximum impact. Innovating successfully will allow them to remain competitive in a world where Asian countries, and China, in particular, continue to expand its role in global technological innovation. Now is the time for countries like the US and UK to expand their innovation incentives programmes and create an overall environment that will stimulate their already well-established innovative business cultures. Only this will embed their positions as leaders of the digital era.