Asia’s tech startup scene may be young but it’s vigorous. According to a report by the McKinsey Global Institute, as of April 2019, Asia was home to more than one-third (119) of the world’s 331 ‘unicorns’ (startups valued at more than US$1b) — 91 of these companies are based in China, followed by 13 in India, six in South Korea and four in Indonesia.

The report states that much of this success is down to the region’s rich venture capital market. Asia is now among the top global sources and destinations for venture capital in fields such as virtual reality, autonomous vehicles, 3-D printing, robotics, drones, and AI.

Today, China ranks second only to the United States in terms of start-up investment. From 2014 through 2016, China provided just shy of 20% of the world’s venture capital. India isn’t far behind either, tripling Germany’s venture funding in 2018.

According to Oliver Tonby, chair of McKinsey in Asia, growing consumer demand is further contributing to Asia’s startup growth. 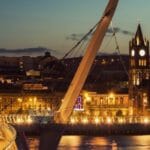 At the same time, they’re young, the median age in Asia is 30.7 years. Furthermore, they’re tech-savvy. Asia accounts for half of the world’s internet users. There’s little doubt this pool of digitally native consumers will further support innovation in the technology sector.

Tonby also stated that Asia’s success owes a lot to the role of technology.

“There is a technology revolution that we know is absolutely happening in Asia too. And we see it. You go to Japan, and even though overall economic growth might be sluggish, there’s a different dynamism there that wasn’t there a few years ago,” he said. “You see companies really wanting to transform. They want to innovate. They want to use technology.

“You go to India, and you look at the importance of the system integrators: it’s globally relevant. There are huge companies now playing in a different league than they used to. You go to Southeast Asia, you see companies such as Grab, GO-JEK Indonesia, and Sea, which are all unicorns that have grabbed the opportunities that come from technology. That revolution has just started.

“Go to Korea, one of the most innovative economies in the world, and see that technology is reshaping everything that is happening. You look at the combination of all these forces, and you say, ‘Listen, Asia going forward? Very interesting.’ And you know there’s reason to be positive about the outlook.” 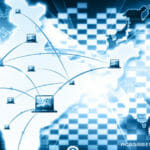 India’s tech economy is growing fast and is now rivalling the growth of the other major tech hubs across the globe, including the UK

Indeed, out of all the advanced nations in the world, China, Japan, South Korea and Singapore stand out as the most digitally advanced.

At the same time, the Indian government has enrolled more than 1.2 billion people to its biometric digital identity program. This has provided many with a legal identity for the first-ever time, enabling them to access banking, credit, government benefits, education, and other services.

India has also brought more than ten million businesses onto a common digital platform through a goods and service tax. These types of initiatives can accelerate the process of digitization more broadly across entire economies.

In China, the government has been instrumental in establishing its tech startup ecosystem. The government displays a strong commitment to supporting this sector, implementing tech-friendly policies and national strategies, as well as investing in tech businesses. In turn, this support attracts more private equity and venture capital investors to China’s tech scene.

The same can be said for Singapore. In a Q&A at the Smart Nation Summit in June, Singapore’s Prime Minister — Lee Hsien Loong — discussed why and how his government supports its nation’s startup ecosystem. 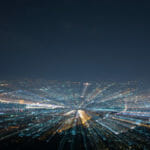 For him it’s simple: if Singapore rejects technology and science it will “be the end of us.” Luckily for him, the country is a leading digital power with a booming tech startup scene. This is largely because of the approach the government takes, making heavy investments in tech and science alongside policies that are business-friendly.

For example, in October, two departments within Singapore’s Government merged to form the Info-communications Media Development Authority (IMDA) with the aim of creating a competitive Info-communications media ecosystem that enables and complements the country’s smart nation ambition. The IMDA supports small, high tech companies that develop products aimed at the B2B enterprise segment.

Singapore has also established various other government agencies to support its tech startups, including the Economic Development Board (EDB) and the Standards, Productivity and Innovation Board.