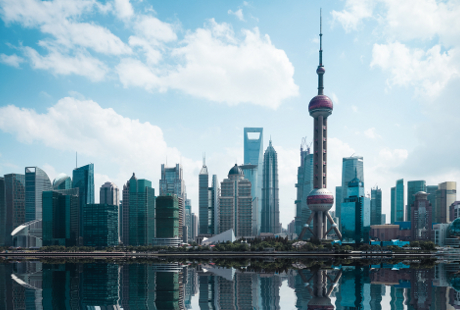 The Chinese governemt is planning to lift a ban on access to websites including Twitter, Facebook and the New York Times inside a planned “Free Trade Zone” in Shanghai, government sources reportedly told the South China Morning Post today.

Announced last month and due to launch in October, the zone is designed to boost the economic activity by reducing taxation, lifting restrictions on foreign investment and making the Yuan currency easier to trade.

Evidently, the Chinese government sees lifting restrictions on information and communications as another potential economic boost to the area. The China Morning Post's source said the ban on sensitive websites would be lifted “in order to welcome foreign companies to invest and to let foreigners live and work happily in the free-trade zone.”

The Chinese government’s “Great Firewall” has censored access to foreign websites that might threaten the power of the Chinese Communist Party since the late 1990s. Facebook and Twitter have been blocked since ethnically-charged riots in the Western province of Xinjiang in 2009.

Following the riots, more than six million people in the region were put on complete electronic lockdown for more than ten months after authorities said social networking sites fuelled the unrest.

The New York Times website has been blocked in China since 2012, along with Bloomberg and BusinessWeek, after articles revealing details of Chinese president Xi Jinping’s family wealth.

Elsewhere in the country, the Chinese government is clamping down on free speech on the Internet. Earlier this month, China's Supreme Court issued new guidelines for combatting "rumours" and "slander" on social networking sites such as Weibo, China's Twitter equivalent.

If a message deemed to be a rumour or slanderous is read more than 5,000 times, or is forwarded more than 500 times, its author faces up to three years in prison.

This week, a 16-year-old boy was reportedly arrested as "picking quarrels and provoking troubles" on Weibo. He is reported to have criticised the police for not investigating supposed suicide of a local businessman.