Skip to content
Home » Tech Leaders » Copper in the data centre – where does its future lie?

Copper in the data centre – where does its future lie? 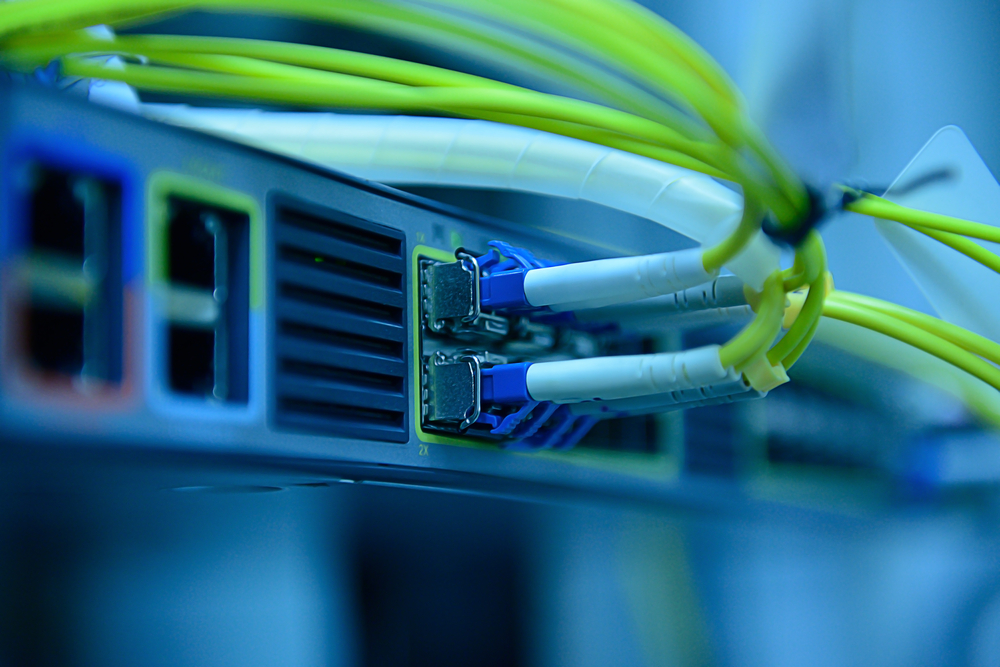 With the advent of optical fibre, copper has become decreasingly relevant in the telecommunication industry – but there are applications where it is still widely used. One such use is very short-reach data centre interconnects.

A typical data centre consists of multitudes of servers, interconnected to an Ethernet switch that provides access to network resources or allows server-to-server communication.

Servers are usually stacked in shelves with the switching device on top of it, hence the name ‘top of rack’ (TOR) switch. This makes the interconnection between the servers and switch approximately 3 metres, and thus, can be made with copper cables because of the short distance.

This type of connection represents the majority of those present in data centres, and so due to cost sensitivity, copper cabling is still the most used in data centre technology, despite its bulkiness and weight.

It is also possible to run signal at 10Gbit/s over several metres of copper with the use of modern electrical drivers and receivers. These drivers, installed on the servers and switches, use various digital techniques that mitigate distortion and attenuation, and allow the complete recovery of electrical signals travelling on copper.

>See also: Future of the data centre is software-defined, but not yet – Gartner

While the current devices run at 10Gbit/s, a new breed of copper interconnects based on 25Gbit/s per lane has just emerged targeting 3-metre reach (without forward error connection (FEC) to reduce latency) and eventually 5 metres (with FEC).

Due to these developments, copper will still be in the run for the next data centre hardware generation despite people’s predictions of its disappearance due to bandwidth limitation.

Copper continues to surprise everybody working at bit rates that were predicted as impossible for it to reach – even if, undoubtedly, it will become ever-more problematic to keep the same reach as transmission speed increases.

The latest threat to copper interconnect relevance comes from the long-awaited move to Silicon Photonics – that is the possibility to design photon-manipulating circuits using the same design tools and manufacturing processes as conventional CMOS devices. Silicon Photonics represent a radical change for the industry that could open new applications for optics, as well as allow them to enter into cost sensitive markets and become a viable option as short data centre interconnects.

If Silicon Photonics really delivers on its promises, it will be game changing – not only replacing copper interconnects, but changing the way that systems are designed.

First, active optical cables (cables using fibre instead of copper with optical modules as endpoints) will become cheap enough to compete with copper cables, with the additional advantage of being lighter and easily bendable.

Once this happens, without changing anything in the platform design and system architecture, there should be a surge in volumes of optical interfaces, also helping to drive down the cost of optical transceivers.

The second evolution will be the ability to deploy racks with embedded (or predisposed for) optical fibres, and both servers and switches naturally equipped with optical transmit/receive devices by their data processing chips.

Transceiver slots will be replaced by optical connectors that will improve the bandwidth density per slot. Since the reach of optical interfaces is longer than copper, it will be possible to rethink the architecture of the server and TOR design, to distribute resources in a different way.

Advantages of this approach could be the possibility to replace computing (or storage) modules with newer ones without decommissioning the whole server; more flexibility in configuring computing; networking and storage for the different applications; better cooling efficiency by allowing the operation of different parts of the system at different temperatures; and many others.

Fibre interconnects also have the benefit of being ready to seamlessly support future bit rates – this is particularly true for single mode fibres, while multimode will face limitations above 100 metres for signalling speed beyond 25Gbit/s.

Even if revolutionary, what has just been described is not Silicon Photonics’ endgame. This technology
aims at making changes at every level of the process and replacing high-speed copper interconnects also inside the blade. This will be the third and final step to finally oust copper from the transmission of high-speed data.

In the future, chips will be equipped with optical engines co-packaged with each data processing device. Optical circuits could be monolithically integrated with other functions or packaged using 3D techniques, where different parts of the chip are built separately, with different processes if it serves to optimise performance and cost.

They would then be mounted on the same substrate or stacked to reduce chip footprint, and finally packaged to look like a single device. Arrays of fibres will then be connected directly to the chip for data transfer.

The benefits will ripple through the data centre. For example, by eliminating external data interfaces running on copper – which take a lot of space – optical interfaces will help to keep the dimensions of the chips more compact.

Signals will travel virtually undistorted, and power consumption will also be reduced as the power needed to move data in the optical domain will be lower than for copper. Considering that power consumption now amounts to more than 70% of the cost of a data centre, opex will be significantly reduced, along with the carbon footprint.

It is not science fiction but it will take a few years to implement all the steps of this process and even more time to become a pervasive technology. Data centre interconnects and big data analysis offer photonics the chance to become the solution – however, if it just remains a solution, it might not catalyse the interest and investments necessary to make it a reality.

The jury is still out to see if copper will surprise the data centre industry another time.