Skip to content
Home » Editor's Choice » Don’t be evil: why the rise in employee activism should matter to tech?

Don’t be evil: why the rise in employee activism should matter to tech? 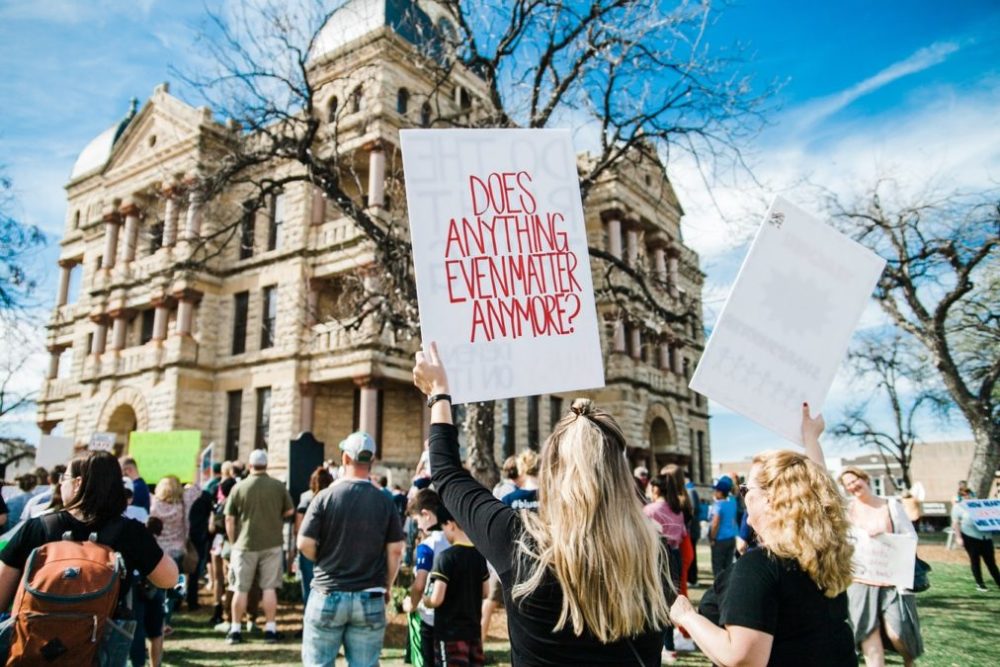 Last month, thousands of Google employees staged protests in cities around the world against the company’s sexual harassment policies. The protest, dubbed ‘Walkout for Real Change’, was spurred on by a string of allegations that the company provided substantial exit packages to executives accused of sexual misconduct. A notable example came to light in a New York Times article where a payment of $90 million was allegedly awarded to android creator Andy Rubin despite the company confirming that sexual harassment allegations against him were legitimate — Mr Rubin has called the allegations “false”.

The tech giant responded to the initial article by claiming that they had fired 48 employees who had been accused of sexual harassment without any exit packages being given.

If things weren’t bad enough for Google, last week their staff revolted again — this time by way of a letter, signed by hundreds of their employees — calling on the company to abandon its plans for a censored search engine in China. The letter states: “Providing the Chinese government with ready access to user data, as required by Chinese law, would make Google complicit in oppression and human rights abuses.”

Microsoft hasn’t gone unscathed either, hundreds of their employees signed a letter protesting against the company’s cloud-computing partnership with the US Immigration and Customs Enforcement (ICE) due to its role in separating migrant parents from their children at the US-Mexico border. Salesforce was dragged into this too with employees demanding that the company stopped working with ICE. Employees at Amazon insisted that their employer stopped selling its Rekognition facial recognition software to US law enforcement.

The rise of employee activism

Employee activism is nothing new; businesses in practically every sector have long had to contend with trade unions and their representatives. It is, however, notable that all of these recent examples have come from Silicon Valley where the tech firms have typically taken to a different approach to labour organisation. Rank and file rebellion has been brewing in Big Tech for years, and now it’s coming to a head; business leaders ought to take notice.

Speaking to Information Age, Brian Kropp, Group Vice President at Gartner, argued: “In a tight labour market, employees have an expectation that their employer stands up for the causes they care about. If they don’t, these employees, with the critical skills that organisations need, are willing to move to other employers who will. Simply put, CEOs must develop a viewpoint and a strategy on these issues to drive employee engagement and retention.

To foster a positive workplace environment and unlock the true potential of its employees, businesses must look at improving the level of workplace engagement

“Tech companies, in particular, have also made “mission” a huge part of the value proposition that they use to attract employees. For example, by joining this company you are going to change the world. Now, employees expect their employer to actually stand up to the promises that they have made. If leaders fail to do so, they run the risk of having of having their employees no longer believe in the mission of the company.”

Managers at many tech firms are in a difficult position concerning employee pressure to not take on certain types of work on ethical grounds. Investors may well expect businesses to maximise revenue within the law, and different groups of employees will have different priorities concerning ethics.

He argued: “Employee dissatisfaction and churn could cause more business harm than a potential deal which is about to come in. It needs to be considered with calculation, but also with empathy.”

Does the tech industry need purpose?

Many technology brands haven’t embraced purpose to the same extent as other of the world’s largest businesses. The Radley Yeldar 2018 Fit for Purpose index confirms this. Google is at 80th place and Facebook is 75th. Apple and Amazon are not represented in the index at all. Despite this, brands such as Apple, Amazon, Google and Facebook are consistently ranked as the world’s most valuable brands, with this mind, the point could be made that purpose, ultimately, doesn’t matter as much as we may think.

However, as Gartner’s Brian Kropp rightfully points out, the labour shortage in tech is why employers need to care about the mood of their workforce.

In reality, the skills shortage sits at the heart of why businesses are struggling to meet business objectives. According to a new study from BT and The Cloud Industry Forum, larger enterprises are significantly more likely to identify the skills shortages as a barrier to digital transformation than their smaller counterparts: 59% stated that they lack staff with integration and migration skills (compared to just 28% of SMEs), 64% needed more security expertise, and 54% require more strategic digital transformation skills.

A study from STEM Learning, a provider of STEM education and career support in the UK, found that the STEM skills shortage is costing UK businesses £1.5 billion a year in recruitment, temporary staffing, inflated salaries and additional training. The study also found that 48% of UK businesses are actively trying to recruit from overseas.

Due to the sheer demand for skilled workers, they are spoilt for choice.

Robert Jones, Professor of Brand Leadership at UEA, commented: “New research by Wolff Olins shows that employees now expect to be treated like owners, not hired hands. Employees will no longer allow their company to do things they don’t condone, particularly as that company will almost certainly have a statement of social purpose to live up to – or, in the case of Google, the famous mantra ‘Don’t be evil’.

“So particularly in the tech sector (which these days is almost every sector), it’s no longer enough for companies to offer bean bags, barista coffee and yoga classes – they need to offer a genuine sense of ownership, power, and democracy.”

This looks like a trend that will become more persistent as companies look to the younger generations for help. A global study by Dell Technologies into the current attitudes and opinions regarding the workplace among Generation Z students found that they care about more than just a good salary. Of those surveyed, 32% want to work for a socially or environmentally responsible organisation, and half (50%) want the ability to learn new skills and have new experiences through their work. More than half (51%) also want a job that has meaning and purpose beyond getting paid.

For keeping up with views of their workforce, organisations are naturally going to find it challenging. But for retaining and attracting top talent, it may well be worth the effort.