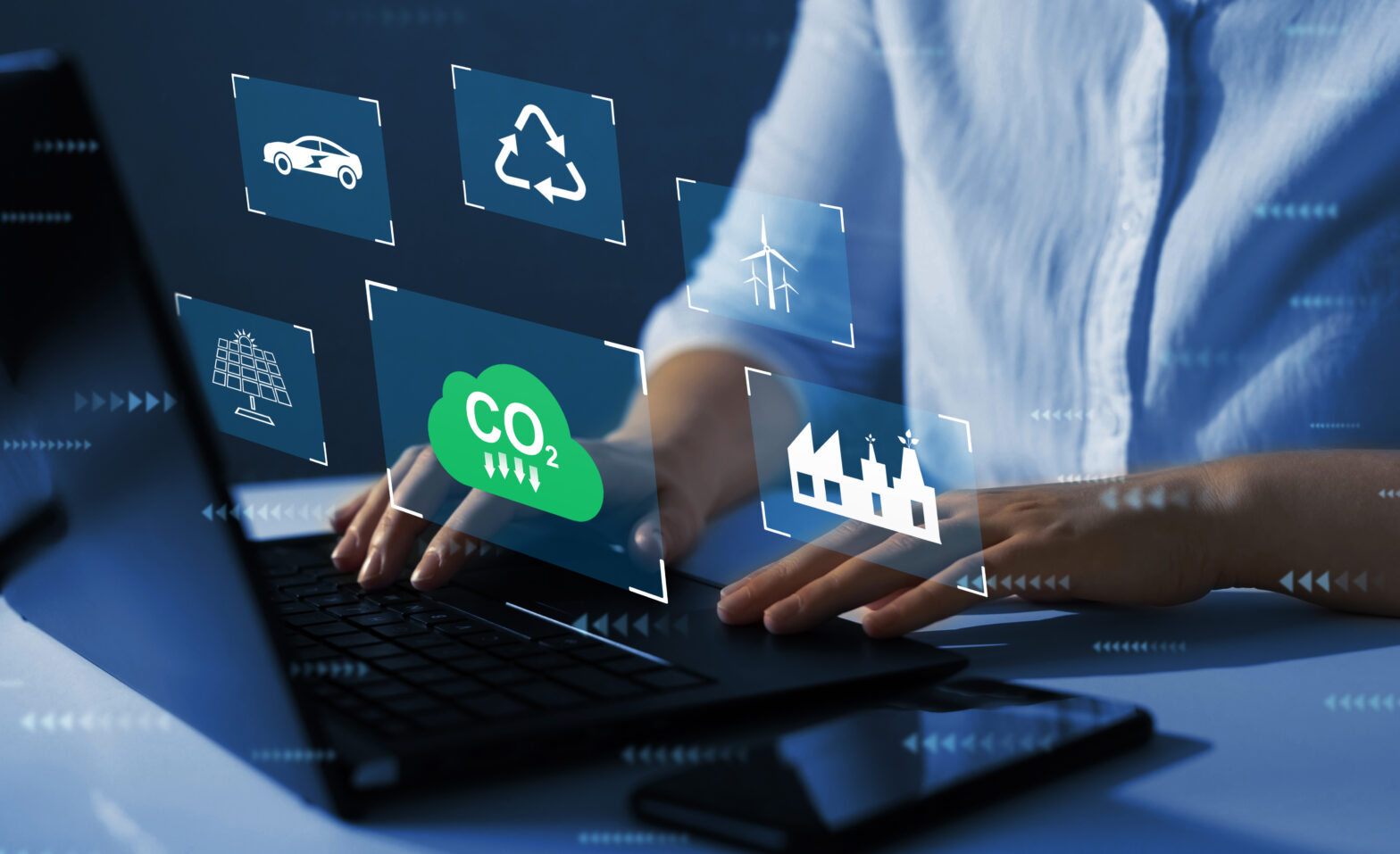 Technology in many forms is increasingly filling sustainability gaps for businesses big and small.

Here are five key examples of how organisations across the UK are using tech for good, by reducing environmental impact and improving sustainability

As climate change and environmental impact rise up the corporate agenda, organisations across the UK have been exploring how technology can aid sustainability efforts. This has led to a surge in innovation dedicated to measuring envionmental impact more accurately, and mitigating that impact for the long-term, for business and society.

In this article, we explore five of the most prominent examples of tech for good being carried out across the UK with sustainability in mind, and the key technologies and players delivering these projects.

Carbon capture technologies are a set of capabilities implemented in the primary aim of measuring CO2 emitted from power or industrial facilities, before storing the emissions deep underground. Identified as a “key method for fighting climate change” by the National Grid, the overall practice dates back to the 1930’s, when the first carbon capture plant was proposed.

Today, common carbon capture technologies include carbon looping (using an oxidiser and reducer), membrane gas separation, and gas hydration. The space is projected to be worth $7bn by 2028.

Additionally, the UK Government has been supporting development of carbon capture, usage and storage (CCUS), with projects regularly being shortlisted for further development stages in the aim to help the country achieve net zero.

Cars and other modes of transport contribute a large proportion of carbon emissions in the environment. In fact, it has been identified as the biggest emitting sector in the UK economy.

Providing a burgeoning solution to this challenge is an increase in electric vehicle production. Electricity in the form of a battery powers vehicles in place of fossil fuels including petrol and diesel, with charging ports popping up across the UK provided in place of petrol stations.

Corporations such as Tesla are championing the global market currently, and electric vehicles have surpassed 20 per cent of the automobile market share in the country. Other notable manufacturers prospering in the UK mobile vehicle space include more traditional firms like Audi, Kia and Volkswagen.

Like petrol and diesel-powered vehicles, data centres are another key factor in carbon emissions being generated globally, but the data centre space is starting to establish more sustainable alternatives. These include hydropower, battery power, thermal energy storage and mechanical storage. Solar power plants have also been increasingly useful in helping businesses stay switched on while lowering environmental impact.

Notable players in the space include:

Government investment has also gone towards renewable energy storage projects undertaken by startups and other stakeholders.

There is an array of waste management technologies that can help businesses improve their carbon footprint. Capabilities such as automation and the Internet of Things (IoT) are disrupting the wider tech for good space, allowing businesses to better measure and manage outgoing refuse.

Prominent technologies in this area aiding business and societal sustainability include:

It’s projected that the UK waste management and recycling market will reach $42bn in revenue by 2027.

>See also: The 10-point green plan – what about e-waste management?

Venture capital and governmental bodies are increasingly keen to invest in climate tech companies aiming to help the UK achieve its net zero targets, and indeed increase sustainability globally. Investment in the space doubled in 2022, as mitigation of climate change continues rising up the agenda.

For example, the Net Zero programme from entrepreneur growth network Tech Nation devotes a share of its annual investment towards climate tech. Launched in June 2020, the scheme supports early-stage scaleups working in the space as they look to achieve their long-term visions. Focuses held by entrants typically range from electricity and energy to manufacturing, transport and mobility.

Another prominent accelerator is Subak, established in 2021 to fund and scale data-focused climate tech organisations. While global, its founding node is located in London, with CEO Amali de Alwis MBE also being based in the UK.

How organisations can use AI to drive sustainability efforts — Here’s artificial intelligence (AI) can prove key to driving sustainability for businesses.