Foxconn to take over Dell factory in Poland 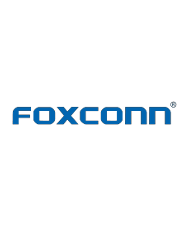 The European Union has approved the acquisition of a Dell factory in Poland by Taiwanese electronics manufacturer Foxconn.

The EU ruled that the deal would not affect competition in Europe. "The overlaps between Foxconn and [Dell’s] Polish subsidiary in the assembly of electronic products are not so important as to significantly strengthen Foxconn’s competitive position," the EU said in a statement.

Value for money? In 2009, Hewlett-Packard axed 700 jobs at a unit in Scotland. A year and £7 million in government incentives later, it created 700 new jobs at the same facility
Can Dell sell systems management software?

In 2009, PC maker Dell closed its manufacturing facility in Limerick, Ireland, and moved the work to Łódź. It was later revealed that the Polish government subsidised the move with the approval of the EU.

According the Wirtualna Polska portal, the Polish government was so keen to attract US company Dell’s manufacturing business that it named a road leading up to the Łódź plant the “Avenue of the Terror Victims of September 11".

In December 2009, when the Foxconn deal was first proposed, the Wall Street Journal reported that just 1,600 of the 3,000 workers at the Łódź facility would be transferred to the Taiwan company. This has not been confirmed or denied.

Dell has been selling off manufacturing facilities around the world as it discontinues its strategy of assembling its computers itself.

Foxconn is no stranger to controversy. An alarming number of employee suicides at the company have prompted it to introduce various precautionary measures. These include increasing salaries and erecting safety nets around office buildings.