Gloves off – the battle to be the UK’s ‘Tech City’ 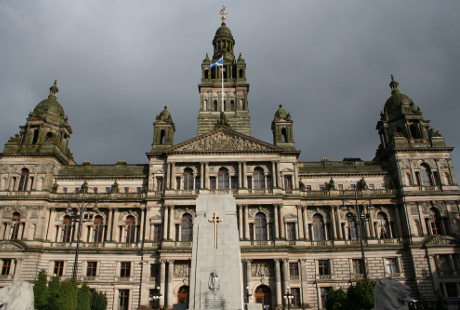 London's 'Tech City' (formally branded as the cringy 'Silicon Roundabout') may be the the UK technology cluster where all the media hype has focused in the past few years, but new figures indicate that it's not just London putting up a good fight to be the UK's centre of tech.

According to the first Tech Cities Job Watch survey from IT jobs expert Experis, the job hunt for top IT skills is extending to all corners of Britain, in line with the government's goal of spreading tech growth around the rest of the country.

Although London has the fastest growing cluster, over a 28% of the latest technology jobs are advertised outside of London. Cambridge, Bristol, Birmingham, Manchester and Glasgow are among the ‘tech hotspots’ emerging from the shadows to compete on the UK innovation stage, accounting for over 11,000 jobs, particularly centring around skills in mobile, cloud, and web development.

> See also: How can we make the most of Britain's tech boom?

Companies in these cities are offering competitive salaries to attract the best people and vie to challenge London’s position as the country’s main tech hub. Whilst the capital continues to lead on salaries for every technology discipline (with an average of £51,588 for permanent roles), other cities aren’t far behind considering their significantly lower cost of living, with Cambridge leading the cities outside of London on £40,994, followed by Birmingham (£39,733) and Glasgow (£39,143).

'The government has declared its ambition for the UK to be the technology centre of Europe and for technology to bring prosperity to ‘every corner of the country',' said Geoff Smith, managing director, Experis Europe. 'Great progress has been made towards this in the past few years and as technology continues to filtrate into every aspect of a business, regardless of industry sector, this trend is only likely to gather pace in 2015 and beyond.'

'There are strong indications to suggest that tech job opportunities are on the rise throughout the UK. We’re seeing an increasing number of London-based companies establishing remote working centres to ensure their hunt for IT skills doesn’t miss out on talent that sees more appeal in the quality of life outside the capital – this could be one of the factors driving this shift. And with the continued investment in rail and road infrastructure to better connect northern towns and cities, the future is looking bright for businesses that take the right steps to manage their talent pool.'

The report reveals that mobile and web development skills are in highest demand both in and outside of London, accounting for two-thirds of roles advertised. Roles requiring big data skills were by contrast scarcer (only 8% of the total roles advertised). However, these jobs commanded the highest salaries, showing that though UK enterprise has been slow to action around big data, those that are doing it really have a grasp on its competitive value.