How acquisitions are transforming the storage landscape 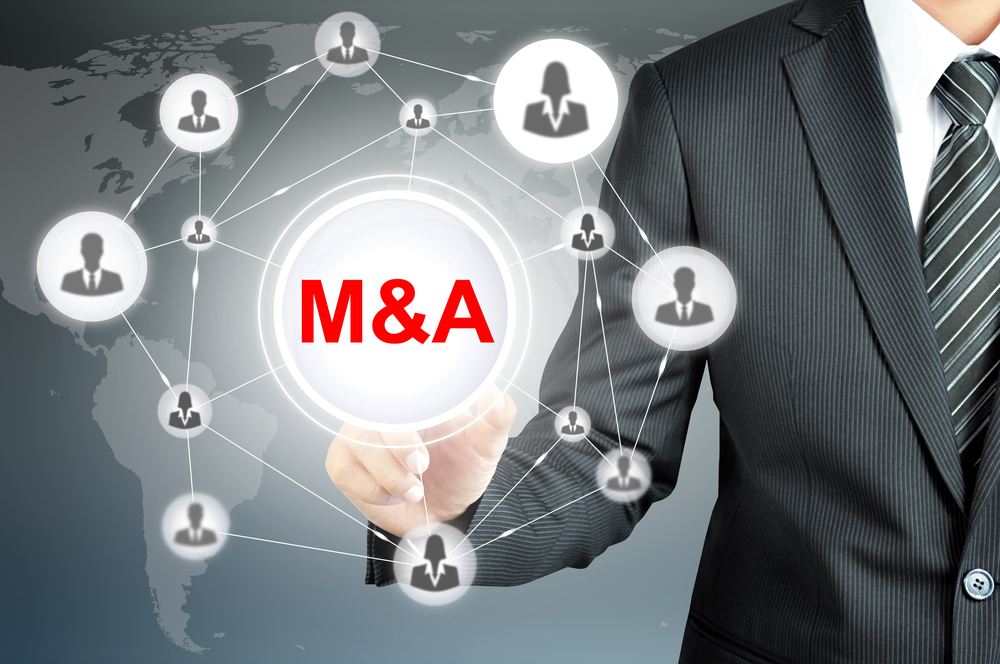 Storage continues to become more and more critical in the data centre as companies look to make their data work harder – be it by getting more detailed analytics out of it or by making its access faster.

An organisation’s storage infrastructure can give a business a highly competitive edge and directly affect its bottom line. It’s no surprise then that the quest by vendors to offer the hottest storage technologies has fueled a flurry of acquisitions.

The result is a more streamlined storage industry where buying a specialist smaller company is seen as the quicker way to add a particular technology to your portfolio without the need to spend years and millions on a dedicated R&D team.

The unstoppable trend towards the creation of more and more data is making traditional storage technologies ineffective when faced with the latest performance challenges. This, coupled with a desire in many vendors to offer customers a broader range of products and services in order to attain a greater market foothold, is contributing to increased consolidation in the industry.

The past few months have seen a number of storage acquisitions. In August Seagate announced it would acquire array vendor Dot Hill. In October, EMC entered the Dell fold. And, shortly after, Western Digital declared its faith in the flash market through the acquisition of SanDisk, which had itself taken over Fusion-io in 2014.

>See also: Customers will be the worst affected by the Dell-EMC merger – Gartner

A month later, IBM bought CleverSafe. And come the end of 2015, NetApp had taken another independent flash player out of the market by acquiring SolidFire.

But with so much constant change, disruptive forces and varying adoption rates, who can say whether these acquisitions are simply passing tremors or real earthquakes, having far greater impact and lasting change on the industry’s topography? It may be too soon to tell and there are certainly many varied views on the subject.

For Boyan Ivanov, CEO of StorPool, there are four main reasons for an acquisition, the first being that the acquirer sees value in the target company that they are able to extract, i.e. they can monetise the product better with their existing customers, unlock economy of scale, etc.

“The second,” says Ivanov, “as in the case of the acquisition of SanDisk by Western Digital, is that they want to fill a gap in their product portfolio to enter a new market segment or, in some cases, to get outstanding talent.

“Other times, the acquirer buys a company to take it out of the hands of its competitors or out of the market, in order to preserve its own dominant position.

“Finally, disruption in the market/industry is driving a wave of M&A and restructuring. The big names of the old era are transformed or slowly fall into decay.”

This is valid for any industry – think of AT&T, SUN, Kodak, Nokia, etc. – and is happening in the data storage industry right, particularly with the acquisition of EMC by Dell.

Forward thinking is at the root of these acquisitions for Len Rosenthal, VP marketing of Load DynamiX.

“The drivers of M&As in our industry are that legacy storage companies want to be prepared for the upcoming shifts in storage technologies,” Rosenthal says. “They need to be involved in these new storage trends, such as flash, software-defined storage, object storage, and cloud storage – or they need to hedge their bets so that they don’t get left behind by the innovative start-ups.

“EMC has set the bar on M&A expertise in our industry with its XtremIO, ScaleIO, DSSD, and many other software acquisitions.”

Jerome Lecat, CEO of Scality, goes a step further to suggest that large acquisitions of this kind are about gaining industry-wide leadership. The Dell-EMC is acquisition is not just about storage, he says.

“This is about Dell positioning itself as an overall IT leader in the enterprise space, assuming the integration is successful. Clearly, this creates a very interesting market dynamic – and fight for the mindshare and wallet-share of the enterprise CIO – between Dell/EMC, IBM, HPE, and Cisco.”

It is indeed a case of growth strategy in the eyes of Randy Arseneau, CMO at Infinidat, who says M&A events of this nature are a key element of the participating organisations’ larger investment and growth strategies.

“They can represent opportunities for product portfolio, or addressable market, expansion or augmentation, rapid customer acquisition, economies of scale, competitive threat deflection, or development of more potential routes to market,” Arseneau says. “In some cases, as I think we're seeing in the storage industry, it's really a combination of most or all of these factors to varying degrees.”

Impacts on participating organisations will of course vary widely, but the biggest factor is the cultural assimilation of the acquired organisation into its new parent.

The successful integration of one organisation into another depends very heavily upon the ability of the unified workforce to coalesce around a common operational model, business strategy and value system.

“This can be a daunting task when the core cultures of the two organisations are not at least partially aligned and complementary prior to the acquisition,” says Arseneau. “The larger the size and scope of the transaction, the higher the stakes.”

Big companies innovate through acquisitions. Innovation typically happens in small startups, and their acquisition and "repackaging" by big players is the norm in the industry.

Data Domain, LeftHand, XIV, Isilon and XtremIO are just a few examples of startups that became bread-and-butter business for their acquirers a few years later.

This happens in the whole chain. SanDisk acquired FusionIO for $1.1 billion, and then became an acquisition target itself.

“There are of course challenges such as integrating the new company and its products and streamlining the resulting portfolios,” says Ivanov. “Of course, the larger the deal the more complex it is and the risk for both companies is higher, as naturally there are more factors coming into play – more stakeholders, regulatory requirements, etc.”

Most acquisitions fail when they try to merge the separate organisations too quickly. The acquiring company needs to first understand what it has acquired in terms of people and organisational resources.

This is rarely well understood until many quarters after an acquisition closes, according to Rosenthal.

“Immediately making changes and terminating people is usually the wrong move as organisational intelligence is not preserved when the redundant people leave too soon,” he says.

The potential for impact on customers may be minor or significant depending upon the structure and strategic intent of the deal.

If the participating organisations have some competitive overlap within their solution portfolios, obviously this could represent a disruption for users of those products or solutions which are targeted to be phased out.

There are also budgetary and supplier management considerations in the case where the two companies offer competing solutions.

“I think first and foremost these events, at least in their short-term aftermath, can limit choices for customers who have come to expect a broad range of solutions to choose from in order to meet their specific and often very dynamic requirements,” says Arseneau. “One (or more) fewer suppliers in the market to choose from limits comparative analysis and potentially the ability of the customer to negotiate favorable pricing.”

An impact to customer loyalty should also be considered. There are often strong personal relationships that develop over time between vendor organisations and the clients they serve.

“Introducing new and perhaps very different executive, sales and support teams into the account can create uncertainty and friction that might influence the client to consider other solutions more rigorously,” says Arseneau.

Rosenthal concurs: “If the company does not clearly articulate the merged product plan, customers will be confused and will draw their own conclusions. This usually means they will end up exploring competitive products. Proactive and honest communications to key customers is critical.”

While the EMC-Dell and Western Digital-Sandisk acquisitions were very different in terms of their scope and magnitude, they do have a couple of key similarities.

First, both represent a means for the acquiring company to gain access to new markets and potentially new routes to existing markets and market segments.

They both also provide further strong evidence that the storage market remains very “hot”, both in terms of innovation and frankly gravitas within the enterprise.

>See also: A tale of two companies: why mergers can double cloud security challenges, and what to do about it

“Data remains the lifeblood of the enterprise, and its growth and importance will only continue to increase,” says Arseneau. “Yes, a significant portion of it will live in the cloud, but not all of it. So even an increasingly smaller piece of an increasingly much larger pie will continue to need a home in the datacenter – and we’re all in the real estate speculation business.”

Over the long term, the Dell-EMC merger will be good for both companies, says Rosenthal. They are mostly complementary in their products, although storage is the one area of significant overlap.

“EMC is mostly focused on larger enterprises and Dell is stronger in the mid-market, so this could easily be a case where one plus one equality three. In the short term, unless the combined company aggressively communicates their integration plans, this could be a nice opportunity for their competitors.”

For Western Digital, which desperately needed flash technology to make the shift form the HDD era, the acquisition of SanDisk was a good way to get a kick-start by securing intellectual property, market knowledge, and an educated sales force.

Acquisitions and their aftershocks are all part of the storage ecosystem cycle driven by technological advancement and transformation.

There has been and will continue to be consolidation in the high-end and mid-market segments of the storage industry. However, the good news is storage companies are more broadly serving what remains a very vibrant, dynamic and expanding market that fosters tremendous innovation.

“New start-ups are coming on the scene seemingly every week, and increasingly serving almost as de facto advanced R&D labs for more established players,” says Arseneau. “The IP being developed by these innovators is often then acquired or licensed by established players with the sales and distribution engines to carry it into the broader addressable market.”