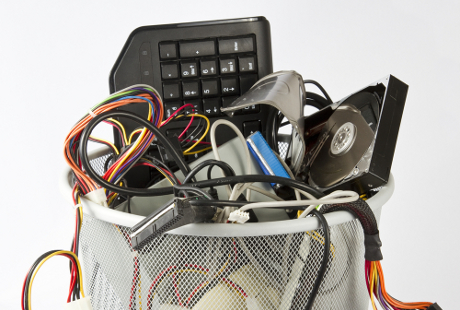 Microsoft's latest operating systems has not just failed to re-ignite the dwindling PC market, it has accelerated the decline, according to market analyst IDC.

Worldwide PC shipments dropped 14% year-on-year in the first three months of 2013, IDC said today, the steepest decline since it started tracking the industry in 1994.

Windows 8 "not only failed to provide a positive boost to the PC market, but slowed it down" during the quarter, said Bob O'Donnell, IDC's program vice president for clients and displays.

"While some consumers appreciate the new form factors and touch capabilities of Windows 8, the radical changes to the UI, removal of the familiar Start button, and the costs associated with touch have made PCs a less attractive alternative to dedicated tablets and other competitive devices," he said.

"Microsoft will have to make some very tough decisions moving forward if it wants to help reinvigorate the PC market."

The market also suffered due to the demise of low-price notebooks, IDC said, which have fallen out of favour with consumers who instead opted for tablets and smartphones. And manufacturers were unable to add new features to their PCs, such as touch capabilities and ultra-slim form factors, due to price and component supply contraints, it said.

Hewlett-Packard held onto the top vendor spot with 15.7% of PC market share. It was closely followed by Chinese PC maker Lenovo (15.3%), which IDC said was a "notable exception" of the top five vendors whose sales did not shrink year-on-year – instead they were just flat.

"Although the reduction in shipments was not a surprise, the magnitude of the contraction is both surprising and worrisome," said David Daoud, IDC research director of personal computing. "The industry is going through a critical crossroads, and strategic choices will have to be made as to how to compete with the proliferation of alternative devices and remain relevant to the consumer."

"Vendors will have to revisit their organisational structures and go to market strategies, as well as their supply chain, distribution, and product portfolios in the face of shrinking demand and looming consolidation," Daoud said.