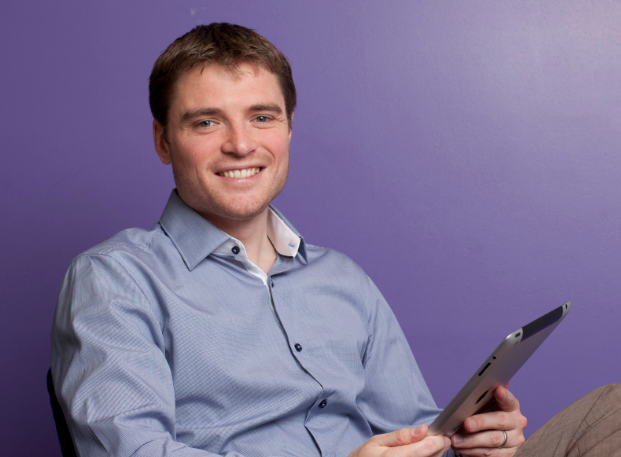 Since submitting their plans to build the next UK runway, Gatwick Airport and Heathrow Airport have been roped into the political battles that are typical a year before a national election.

Heathrow, the UK’s largest airport, wants to build a third runway, but has 240,000 local residents to deal with.

And while a second runway at Gatwick, the world’s busiest single runway in the world, would only affect 14,000 people, Heathrow argues that its transport connectivity and hub credentials give it the edge.

However, Gatwick CIO Michael Ibbitson believes that technology – more specifically, the airport’s ‘culture of innovation’ – should be a significant consideration of the Airports Commission, which will recommend a decision to the government.

‘I think that one of the things that the Airports Commission needs to make sure it takes into account is the passenger experience, and not just think about the other factors involved,’ Ibbitson says. ‘On the IT side, we want to link up passengers’ tickets so that they have one ticket on their smartphone that takes them from Victoria or London Bridge all the way onto their aircraft.’

As well as consumer-facing initiatives, this innovation is also apparent on the internal side of Gatwick’s IT setup.

Airports have not been as quick to adopt cloud as other industries – something Ibbitson is passionate about changing.

A recent report by IT solutions company Amadeus, which counts Gatwick as a customer, found that airports are finally shifting away from legacy IT systems, such as Common Use Terminal Equipment (CUTE), a standard developed in 1984 by IATA for passenger check-in and boarding.

The CUTE platform is costly for airports to develop around, does not allow for easy integration between different airlines, and is holding back development and progression within the industry. According to Amadeus, airports should migrate towards the cloud-based Common Use Passenger Processing System (CUPPS) standard, which would reduce queuing time and mobilise staff, who can check passengers in via iPads.

Mobile in the cloud

Both mobility and cloud are trends that are close to Ibbitson’s heart. Aside from the work with Amadeus – which will see an ACDM (Airport Collaborative Decision-Making) solution go live on 17 June – Gatwick is modernising its communication infrastructure by moving away from the traditional on-premise telecom setup to a cloud-based consumption model.

The roll-out began in September 2013 and is based on Fujitsu’s Cloud Connect Collaborate (CCC) solution, a hosted voice and collaboration service based on the Cisco Hosted Collaboration Solution (HCS).

This journey to the cloud and a more mobile workforce has also involved deployments of online file-sharing service Box and enterprise social network Yammer, as well as the full roll-out of a bring-your-own-device (BYOD) initiative.

‘I’m quite passionate about this,’ says Ibbitson, who noticed through his previous work in Mumbai, Abu Dhabi and Qatar that airports tend to rebuild IT systems with the same design and architecture, rather than thinking about the economies of scale they could gain from basing systems in the cloud.

‘That’s why I started my journey of trying to move airport systems to the cloud, to leverage economies of scale and hopefully bring down cost for both the airports and passengers.’

With a job that involves running the infrastructure to support 2,500 staff, 23,000 other people working at the airport and more than 35 million passengers passing through each year, it’s no wonder that Ibbitson is so concerned about economies of scale.

A big part of achieving that has been through consolidation. Along with an IT team of about 50 full-time employees – as well as another 50 to 60 from partners, and some outsourced services – Ibbitson has faced the challenge of bringing down the number of applications that Gatwick runs. It currently stands at 105.

Furthermore, as part of its move to the cloud, the airport is in the process of reducing the number of data centres it operates.

‘We have three, but we intend to bring that down to one and a half,’ Ibbitson says. ‘It will be one primary data centre on-site, which is mainly for things like CCTV storage, and then the half data centre is basically a redundant facility for the airport – we’ll shut down the other one.’

Airports are a unique industry to be a part of. While taking part in a global business, most of their staff tend to be local, which often means that they have a more conservative outlook on things like security and IT systems.

An airport is essentially a big campus, which can lead many to conclude that building data centres on that space and running their own IT is the most logical course of action. But with a vast amount of the data that airports use coming from the airlines, there seems little need to store it on-premise.

‘I think, fundamentally, it is a culture issue,’ Ibbitson says. ‘We have to consider what data we actually hold that is highly confidential.

‘Perhaps our financial and HR data is, and we’ve got to take care of that, but most of the operational information is generally stuff that is available to the public through other channels.’

With the UK’s four major airports – Gatwick, Heathrow, Stansted and Manchester – changing IT leaders in the past two years, Ibbitson believes that the industry is on the cusp of changing this mindset.

‘The other airports are now on a similar journey to us – starting to look at how they can improve the old BAA infrastructure that they inherited.

‘All of these airports are now competing on passenger experience because they’re under separate ownership, which I think is really key. It would be a real shame in the long run if competition were to be stifled by politicians reinforcing monopolies at some of the larger airports.’

Despite talking highly of his airport-CIO counterparts, Ibbitson is determined that his technology initiatives help defeat Heathrow’s bid.

However, the construction of a new runway and a cloud-based infrastructure are not the only things he envisions in Gatwick’s future.

In five years’ time, he expects the airport’s cloud offerings to have matured to the point where it doesn’t have to provide laptops and an internal network in the way that it does today.

‘I think that much of our business will be done over smartphones and tablets, and a lot of our data will never even touch the Gatwick campus – we’re not going to be a big player in buying infrastructure components, that’s for sure.’