Intel finally names its next CEO 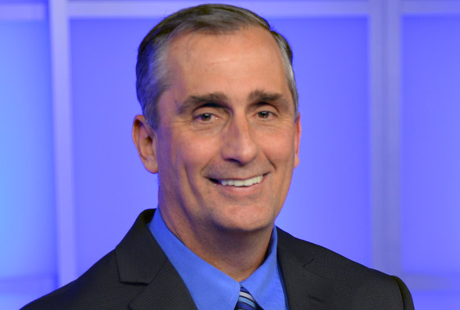 Chipmaker Intel has announced its next CEO, just weeks before current chief executive Paul Otellini is due to step down.

"I am deeply honored by the opportunity to lead Intel," said Krzanich in a statement. "We have amazing assets, tremendous talent, and an unmatched legacy of innovation and execution.

"I look forward to working with our leadership team and employees worldwide to continue our proud legacy, while moving even faster into ultra-mobility, to lead Intel into the next era."

The announcement ends years of speculation about who would succeed Otellini. Pundits were debating Intel's succession plans at least as far back as 2010.

According to a report by Mike Magee's TechEye.net that year, the company was left without an obvious replacement for Otellini after chairman and heir apparent Sean Maloney suffered a stroke in 2010.

Other possible candidates included Pat Gelsinger, who joined Intel in 1979 but left in 2009 to join EMC. Last year, he became CEO of VMware.

Krzanich's principle challenge will be to transition Intel into the post-PC era. Having successfully seen off rival chipmaker AMD, Intel has been eclipsed in the mobile arena by British chip designer ARM Holdings and its partners.

Last month, Intel reported a 2% decline in revenue for the first quarter of the financial year, down $12.6 billion.

Unsurprisingly, the company's PC client group shrank 6% year-on-year to $8 billion during the quarter. More worrying was a 9% drop in sales of its 'Architecture' division, which sells its Atom range of chips for mobile devices.

Profit for the quarter dropped 25% in the quarter, down to $2 billion.