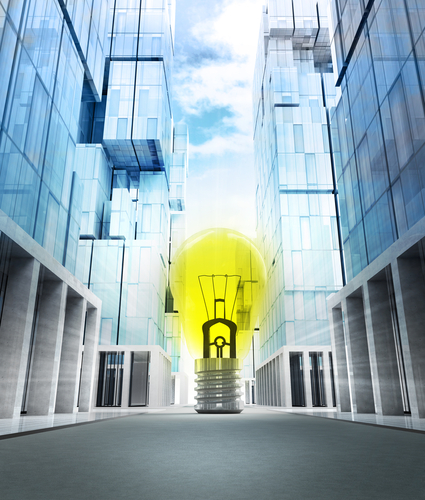 Light-emitting diode (LED) streetlighting is leading the era of intelligent streetlamps. City managers are realising that, by using sensor technology, they can offer services to citizens and improve public safety without a significant increase in costs.

The nascent intelligent streetlighting market is developing rapidly, making the intelligent lamppost a key driver of the Internet of Things (IoT) in a smart city context.

Each lamppost will be able to house multiple sensors that operate over a network to monitor and then control its surrounding environment. This is already occurring as LED streetlighting replaces existing streetlamps.

Already, some cities are trying to determine what they can afford and what it makes sense to implement.

The basic applications of on-off control, daylight harvesting and dimming may be enough in some cases, but more sophisticated possibilities include environment motion detection – for when a pedestrian approaches in a parking area or park – and public safety features such as brightness control and the use of the light as a location signal.

As the system increases in complexity, more sophisticated sensing can be added to enable parking space detection, weather monitoring, and pollution and chemical monitoring.

Further hosted features include cameras, loudspeakers, interactive automatic, citywide Wi-Fi, cellular and the potential for the lamppost to be solar-powered.

The limits to what can be added will depend upon the city’s budget, the applications that are developed and the revenue potential of those applications based upon the business models that evolve as intelligent streetlamps are rolled out.

Significantly, intelligent streetlamps have a role to play in offering the real estate for a sensor network that will drive intelligent lighting using the IoT, and provide the framework and infrastructure for smart cites to become a reality. LED streetlighting has already enabled many cities to reduce electricity costs by as much as 50%.

Western Europe is very active in this space, with cities such as Copenhagen, Dublin, Barcelona and Paris developing and looking for standards and specifications on how to develop a citywide network to manage intelligent lighting.

Cities in the US (Boston, San Jose) and Mexico (Guadalajara, Mexico City) are also exploring the roll-out out of an intelligent streetlamp system.

They are combining different sensors with data streams that feed into analytics and management systems, while exposing metadata on the city portal.

In Asia, the focus on LED lighting appears to be more about helping to control energy costs, although broader interest is increasing as some early applications, such as pollution monitoring in Beijing and parking space detection, emerge.

The success of an intelligent streetlamp, however, relies on open systems that can accommodate third-party software, data semantics, IoT asset information (HyperCat) and applications.

Forward thinking will be required to envision which applications are needed now and which may emerge in the future. Planning would look at immediate needs and future systems that could provide parking control, pollution monitoring and gunshot detection.

>See also: When two vendors are better than one – Gartner

It will also be critical that the vendors supplying the solutions to create an open network that can accommodate third-party solutions, because one vendor is unlikely to be able to provide all the applications needed for an intelligent streetlamp installation.

The lamppost is likely to be in operation for at least 20 years and the lamp for at least ten years, so the system will need to be adaptable over a long period of time and new applications will need to be able to leverage the existing local infrastructure without increasing the taxes to support it.

Business models will need to emerge, to either help pay for the system or – better still – provide a revenue stream for the city.

If properly structured, the roll-out of intelligent streetlamps will enable cities to provide many services via a networked system and will, potentially, significantly improve the safety and quality of life for their citizens.