Is London’s reign as Europe’s data capital under threat? 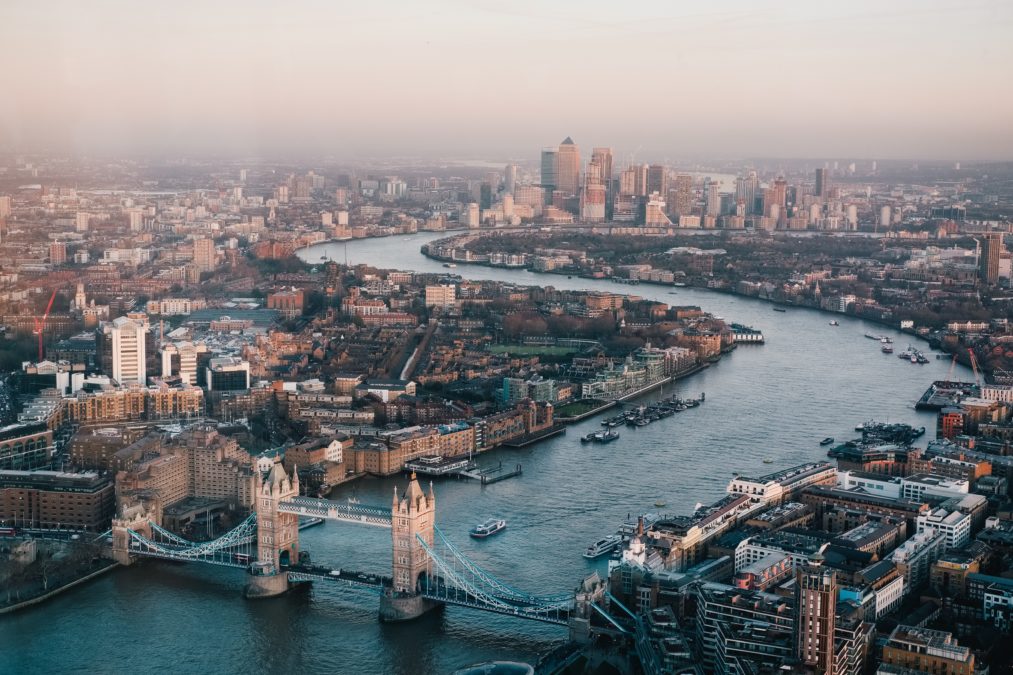 Work is needed to maintain London’s reign as Europe’s data capital, as the UK’s most influential data leaders struggle with pre-Brexit pressure, while also competing against data-savvy competitors globally — at a time when it is more challenging for organisations to manage data than ever before.

That was the message today from Big Data London, the UK’s largest exhibition and conference for data leaders, and it’s UK Fourth Industrial Revolution report.

Data: An organisation’s most valuable asset

A data breach has serious consequences and can be a sackable offence, as witnessed by executives at TalkTalk and TSB.

As a result of this changing landscape, this year’s report from Big Data London shows that 15% of UK CEOs are fully in charge of data. Last year, this figure was zero. It is a significant sign of the changing landscape.

According to this year’s survey, 45% of data experts believe Brexit will not help London reign as data capital of Europe, 17% of whom go so far as thinking it impossible.

However, this is offset by the 34% of data leaders who believe Brexit will be a force for good — 15% of whom even consider Brexit essential for London to become the data capital of the continent.

Alan Mak, MP, Chair of the All-Party Group on the Fourth Industrial Revolution, said: “Britain has a once-in-a-generation opportunity to be a world leader in the Fourth Industrial Revolution (4IR) – building on our position as a global hub for innovation and data-driven economic growth. This report raises some important issues that need to be addressed by business if we are to continue to thrive as a modern digital economy. Challenges such as the digital skills gap, cyber-security, and a lack of business investment in digital transformation and automation will make it harder for businesses to compete in the global economy.”

The UK Government will need to clarify its own situation on the UK’s data privacy laws post-Brexit.

But, arguably, more importantly will be the regulation of tech giants. The report shows that the majority of UK data leaders are in favour of this, electing the ICO and UK Government to carry this out.

Overall, 42% of data experts think data regulators such as the Information Commissioner’s Office (ICO) should define this legislation, 40% believe it should be driven by the UK Government and, surprisingly, 35% believe UK data regulation should be carried out by specialised audit businesses (PwC, Deloitte, for example). Just 29% think tech giants should regulate themselves.

Mak continued: “Data leaders that are looking to Government for action on data ethics and digital regulation should welcome the new Centre for Data Ethics and Innovation that will work with industry to establish best practice and identify potential gaps in data governance. Working alongside the Information Commissioner’s Office and world-class research centres such as the Alan Turing Institute and the recently announced Ada Lovelace Institute, the Centre will play an important role in getting the right policies in place so that Britain can build a post-Brexit economy that is fit for the future.”

According to the report, over half of UK organisations thought Brexit would make it easier to recruit talent into the company, while 44% of respondents believed it would boost innovation through better data utilisation. Just 10% saw their organisation becoming less competitive globally.

One thing the vast majority of data leaders (79%) agreed on, is that Brexit will certainly have an impact on the UK’s place as a leader in the post-Brexit landscape.

Will the UK’s tech sector take Brexit in it’s stride?

However, according to Big Data London’s report, the amount invested by UK organisations sits at between just 0.5% and 0.7% of overall revenue — a figure that will need to increase.

Despite the lack of investment, data science, statistics and data engineering skills are continually in high demand by data leaders, with many citing a lack of expertise in this area.

Big Data LDN founder Bill Hammond, said: “These findings clearly demonstrate the challenge facing UK organisations, as they aspire to lead in the Fourth Industrial Revolution. With investment from UK organisations in data initiatives as low as 0.5% of revenue, we have to ask ourselves whether this is enough for Britain to take the lead and dominate after Brexit.”

“Britain’s data leaders show a lack of confidence in Brexit as the catalyst enabling the UK to lead the Fourth Industrial Revolution, and go as far to say it will hinder the UK’s place in the Fourth Industrial Revolution. Instead, the UK’s data leaders are choosing to garner more insight from the data they already have. Increasingly though, they are looking for the data science skills to discover and interpret even more data to gain the edge over global competition.”

>Read more on The Chief Data Officer Part 1: Case studies from those on the frontline

>Read more on The Chief Data Officer Part 2: Opinions from those on the frontline

1. Eyes are on the UK Government. The UK’s data leaders elect the ICO and UK government as the top choice to regulate the tech giants.
2. Confidence in London’s reign as Europe’s data capital trembles. Most data experts, 45%, believe Brexit will not help London reign as data capital of Europe, 17% of whom go so far as thinking it impossible.
3. GDPR has held UK organisations back. Formalised in May this year, GDPR has had ramifications for UK organisations beyond technological investment. As many as 68% of Uk data leaders have cites GDPR has delayed their data related projects by as much as over two years.
4. CEOs are taking a hands on approach to data. Although Chief Data Officers are largely responsible for data, the CEO’s role has shifted to take a more active role with data. In 2017, none were responsible over data, whereas 15% are fully in charge of data this year.
5. Interpreting data is a vital skill for today’s organisations. Data Science, Statistics and Data Engineering skills are in high demand, with 45%, 39% and 32% of respondents citing a lack of expertise in these areas respectively.
6. Data leaders say yes… to NoSQL. 29% of data experts are investing in NoSQL DBMS, 24% in data ingestion tools and 19% in Enterprise Information Management suites. Meanwhile, two out of five data experts are currently using cloud and not looking to adopt more.