Next stop, software: how technology is revolutionising train design 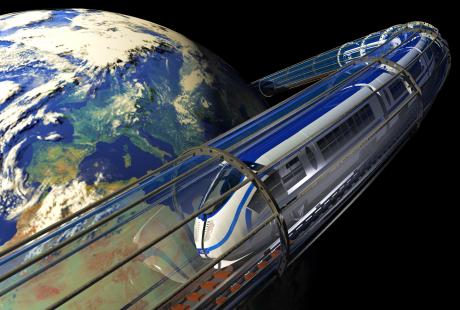 Crossrail. HS2. Perhaps even HS3. Arguably, the UK’s biggest rail projects in recent years have been focused on developing new tracks and lines to bring the creaking Victorian infrastructure up to date and meet the demands of an increasingly urbanised population.

However, attention must also be given to pulling the actual trains into the digital era.

Not only do trains on existing routes need to be updated to meet increasing customer demands and passenger numbers; new stock is needed to run on the new tracks. In fact, design is poised to instigate the next big revolution within the rail industry; driven by the introduction of electronics and software to trains.

This revolution is helping manufacturers supply trains that are more efficient, customer-oriented and environmentally-friendly.

Despite the rapid adoption of digital and wireless technologies across other sectors in the last decade, the rail industry remains in the analogue era.

Many trains are still heavily dependent on cabling and manual operations. Radical change, therefore, is needed if rail is to fully embrace the digital revolution.

Other industries such as freight and aerospace have already made huge strides in digital innovation, with connected vehicles and the ‘Internet of Aircraft Things’ taking advantage of software and increased connectivity.

In fact, it is likely to take the rail industry up to ten years to catch up with aerospace because software control, and the drive for low-weight, unfailing systems, have already been engrained in this sector for many years.

The rail industry must now follow and embrace these new ways of working in order for software-controlled trains to become the norm.

The case for software

Deploying software won’t simply mean a reduction in the amount of hardware used on each individual train.

Through the use of fibre optic systems within cabling, original equipment manufacturers (OEMs) will be able to create complex software networks on trains. This will enable critical information to be streamlined and run through a single system, meaning the train can be operated from one central hub.

Software also presents OEMs with an opportunity to gain more potential from the design methodologies.

For instance, they can start to simplify and optimise their engineering processes.

Such an approach has been commonplace for years in aerospace, where the drive for low weights has been accompanied by the constant demand for improved systems reliability.

The latter in particular is critical for manufacturers, as it makes their final products more dependable and increases their longevity – two qualities which ultimately help to increase revenues.

Nonetheless, it can always be improved, and that’s where software comes in.

By replacing hardware with software, we reduce the scope for traditional mechanical failures caused by wear and tear to physical components.

Moreover, it enables operating companies to monitor trains more accurately, with clear indicators to assess whether parts and components are behaving normally.

This is critical when it comes to safety, as it gives them the ability to predict when parts will fail and to replace them before a failure occurs.

Driving efficiencies on the track: last call for the hardware train

Aside from reducing the risk of human error, which remains one of the biggest contributors to incidents on the track – as evidenced in the Bad Aibling train crash earlier this year – embedding software into trains will also have a huge impact on how they are manufactured and how they look.

Owing to the significant reduction in physical cabling (and by extension, the complexity of on-board cabling), manufacturers will be able to drive considerable savings on material costs, and reduce the amount of secondary structure dedicated to housing cables.

This reduces the weight of the train overall, creating energy savings, in the form of fuel efficiency.

Manufacturers could also use the space created to increase passenger capacity, which is critical at a time when train operators are looking to address overcrowding and reliability of service.

The increased space available could also help reduce design complexity and enhance the connectivity of trains, in a similar fashion to what is being done in the automotive industry.

For example; car manufacturers have been working intensely over the last few years to integrate software into the body of their vehicles. They have adopted the view that the more software replacing existing hardware, the more weight of electrical equipment a vehicle can carry.

By applying this methodology to rail, trains will be able carry more advanced technical equipment than ever before, making the concept of the ‘smart train’ eminently possible in the near future.

Imagine a train that knows your final destination from the moment you board and sends you a notification on your phone telling you when you will reach it, or that lets you choose your seat settings (air conditioning, seat height, table stowed or deployed) while you wait on the platform – there are endless possibilities once the potential of software within trains is harnessed.

The intricacies of rail design

Software is already driving rapid innovation within other transport verticals. It’s now essential that the rail industry follows suit and places software at the heart of its attempts to modernise.

>See also: Baby you can drive my car: Ford to mass-produce full autonomous cars from 2021

As this transition unfolds, the onus is on key industry players to take the lead and embrace software, which will drive widespread modernisation across train fleets.

Doing so will bring trains into the connected era, enabling manufacturers to produce stock that will be more technologically advanced, cost-effective, profitable, and ultimately attractive to operators in the long term.

Those that are more forward-thinking and willing to take risks can action this change more readily, and – provided they can demonstrate to customers that their technology is safe and reliable – could help drive an industry-wide step change.

It may seem like a huge step right now, but ultimately software is the future, so the rail industry must throw its weight behind it now to ensure it has stock fit for tomorrow’s ‘digital first’ passengers.