Skip to content
Home » Tech Leaders » One array to rule them all: interview with Suresh Vasudevan

One array to rule them all: interview with Suresh Vasudevan 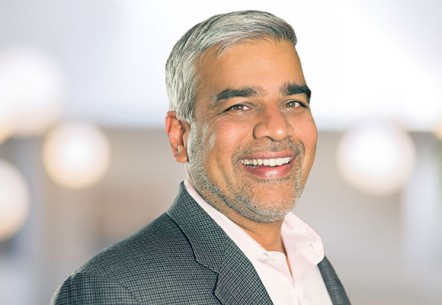 IA: You joined Nimble Storage as CEO in 2011, having been on its board of directors since the early days in 2009, coming from a senior executive position at rival NetApp. What was it about Nimble that lured you in?

SV: The belief, quite simply, that if you hold the right storage architecture, designed for flash instead of just putting flash into disk storage architecture, you can accomplish two simultaneous goals: apps will start to see much faster performance, while at the same time you can lower the cost of storage by as much as 50% compared to traditional storage systems.

The second belief Nimble had is that if you could monitor the systems that customers deploy using predictive analytics on a real time basis by gathering enormous amounts of data on sensors on a minute by minute basis, and also monitor the network it’s connected to, then you could bring all data back to the cloud and use analytics, what we should be able to do is predict what will cause a breakdown in the app environment and prevent that happening in the first place.

You could prevent the vast majority of disruption, and even when you can’t necessarily prevent it you should be able to rapidly diagnose what’s going on and fix it quickly.

There were two big catalysts drove creation of Nimble: flash as a storage medium and the transition from disk to flash and how that impacts the design of storage; and the second big ingredient was cloud-based predictive analytics that allowed people to managed data in much more proactive ways than traditionally done in the past.

> See also: High on the agenda: the future of flash tiering in enterprise

The problem we are are solving is: how do we build a platform that eliminates the app data gap? We viewed the problem fundamentally from a customer standpoint- in many ways infrastructure is a building block and compute, network and storage hypervisors constitute the building block to run apps.

More and more of our customer base was moving to having hundreds thousands of apps for a variety of business processes, as any core process in any large business is now underpinned by many apps.

When we think about what happens when apps encounter any sort of delay in the delivery of underlying data you are ultimately impacting business productivity. So what Nimble has done is think how to design infrastructure in the way that gets apps working seamlessly, getting performance they need and not getting disrupted by the infrastructure in any way.

On a higher level, when we think about ingredients like flash and analytics and how they relate to the app data gap, it’s useful to take a step back. We’re in the process of publishing research next week or so where we surveyed thousands of organisations in our install base, and the focus for us was trying to understand what the causes are of apps not performing as well as they should in our customer base.

It came about that storage-related bottlenecks account for about 45% of the issue that causes apps to not perform really well.

Another 55% of disruptions are caused by interaction between the various elements of the infrastructure spanning hypervisor, compute, network and storage. It could be things like interoperability, or not followed best practises between how set to windows machine and that is causing problems. This is what led to the formation of our storage company.

IA: Nimble Storage has traditionally always been a hybrid flash company, but finally this year rolled out your first all-flash array. What was the thinking behind holding off so long? Does this mean you’re putting your bets on all-flash now?

SV: What we’re really doing is taking flash and making flash applicable to every workload in enterprise, having started as hybrid flash and disc architecture and recently introduced all flash arrays, to really have a broader remit. The second part of our focus is analytics, where we started with storage analytics and expanded into VM environments. Our goal is to be able to say any infrastructure component of our customers is one we should be able to monitor.

If you look at how flash is deployed, it’s in two forms: all flash arrays and hybrid arrays, which is a much larger market but growing much more slowly. Today’s market is comprised of roughly 20% all flash, while disk-only arrays are shrinking rapidly, accounting for perhaps half or less.

Hybrid flash accounts for perhaps 40% of market today. Looking at next two to three years we expect all flash arrays will continue to grow, and will eventually become the main media for all primary production deployments.

At the same time in almost any organisation, we have this story- let’s say I have a SAP deployment, if I have a production instance of SAP it’s almost a given that I will have some test instances, and disaster recovery in a secondary data centre which backs up for the last 30 – 90 days. In secondary storage there is still a substantial gap between all flash and cost optimised hybrid flash.

I think in the short term secondary storage will continue to live on cost optimised hybrid arrays while primary apps move onto all flash over next three to four years. That’s how we think it’s going to evolve.

In fact, since of launch of our all-flash array we have seen one of greatest strengths our architecture has: instead of forcing customers to partition into hybrid flash or all flash, the common platform identifies flash as a single architecture. All customers can start by saying ‘I have 80 apps on hybrid and 20 on all flash’ and as needs change we can non disruptively move sets of apps from hybrid to all-flash.

IA: Now that Dell has bought EMC, creating a channel behemoth in the storage market, do you expect them to dominate innovation? If not, who do you see as your biggest challengers technology-wise over the next few years?

SV: When we look at what’s going in our industry and the storage industry a whole, over the last two and half years top five vendors in industry have been a combination of EMC, NetApp, HP, IBM and Dell.

For last eight or nine quarters each of them collectively and a group have seen significant yearly decline and negative growth, partly because flash’s ability to dramatically simplify environments is causing customers to reevaluate their vendors.

The best example of the magnitude of this disruption has got to be EMC becoming part of Dell- a fairly dramatic development, partly because of sort of disruptions taking place. That in many ways underscores the opportunity we’re facing.

For the time being EMC, NetApp and HP are three large incumbents that will continue to be the main focus when we think about competitive engagements, but when I think about the competitors who have built some momentum as next generation storage vendors, it tends to be companies like Pure Storage and Nutanix.

Our firm belief is that over next few years large systems vendors continue to be big players in storage, but over the next few years there will be a couple of emerging vendors that will become next generation storage leaders.

To me this is not very different to 90’s when networking caused storage to go from being directly in the server to becoming network attached: that really created the two big storage specialists to emerge from becoming almost nothing to become leaders in industry and that was EMC and NetApp. Now it’s happening again.

IA: So what’s going to be your distinction from these new upstart storage providers on the scene?

SV: We think in many ways with a combination of flash and and predictive analytics is creating a similar transformation, we can become new leaders in this era.

The biggest distinction between our approach and some of other next generation companies, tends to be that having a single product and focusing on just a niche within an enterprise does not present a customer with an alternative.

Second is, we are unique in the belief that in the end much like iTunes drove the success of iPod, arrays themselves are secondary to how you deliver a dramatically simple to manage experience to customers.

Predictive analytics also continues to be major differentiator for us.