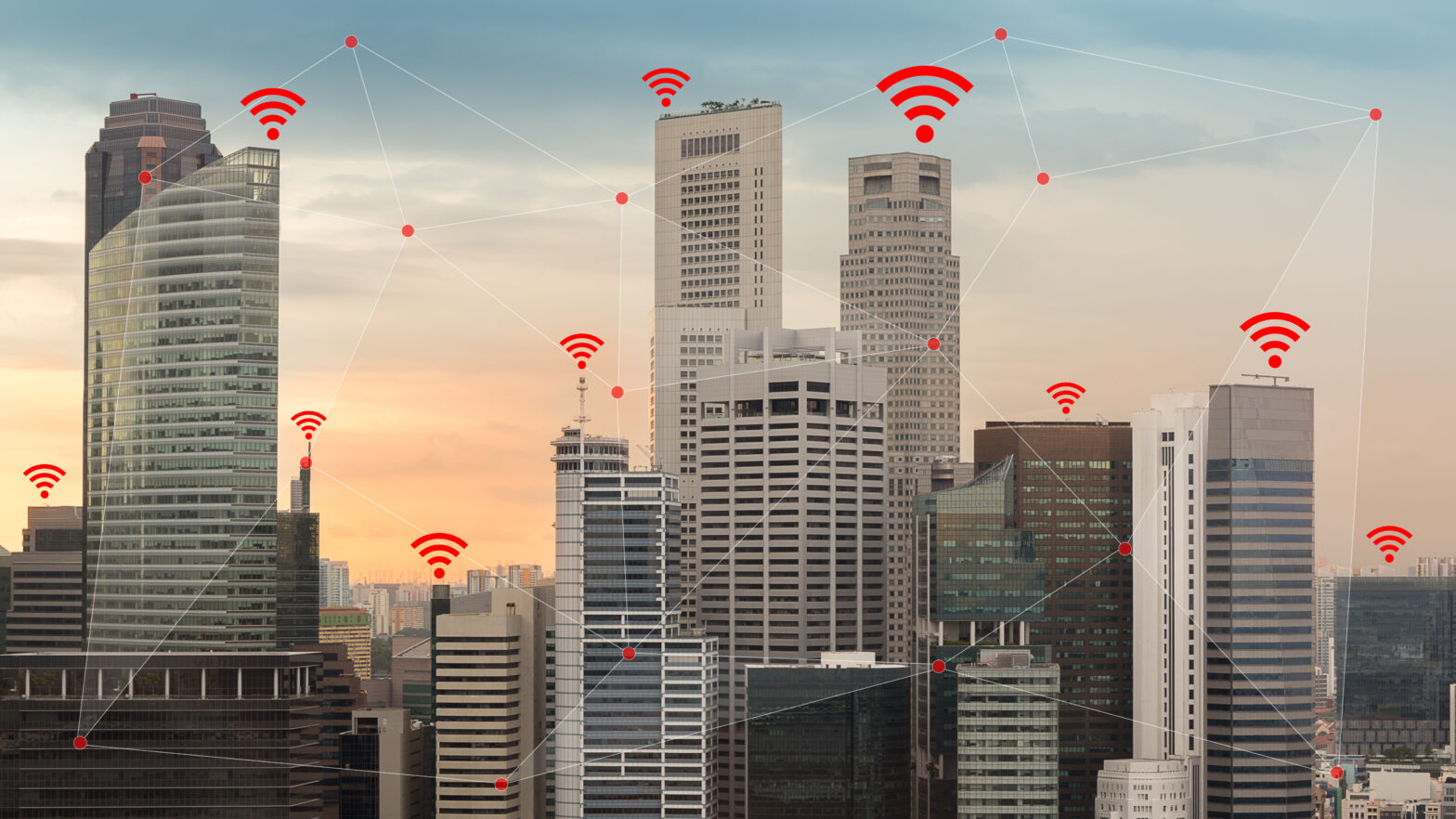 In 2014 Michael E. Porter and James E. Heppelmann set out their vision for IoT’s five-stage evolution in Harvard Business Review culminating in a ‘systems of systems’ model. In this model, diverse systems are orchestrated and optimised in the form of constructs like smart factories, smart homes and smart cities.

The five-stage model is now generally accepted and inspired Don DeLoach and Emil Berthelsen to collaborate on a new book “The Future of IoT: Leveraging the Shift to a Data Centric World.”

In the book they draw on their experience with live projects to put what’s happening on the ground today into the context of these five stages. The book also offers practical advice to enterprise IT and data leaders seeking to prepare their architectures for IoT’s future and gain as much value as possible from implementations.

In the experience, working with customers indicates that the most advanced are currently between stage three (smart connected product) and stage four (product system).

In extended supply chains today manufacturers own the data. Some monetise the data by granting limited access to it or selling it as a service in the form of embedded analytics further downstream (closer to the customer) in the supply chain. This is a well-established model that people can expect to remain in place for some time.

Fulfilling the system of systems model

People risk, however, reaching a plateau at stage four because the leap to stage five is huge – both in terms of the transformation required and the potential payoff. In order to arrive at and fully benefit from the system of systems model, organisations will need to change their architectures and approaches to data ownership.

The big disruption involves transitioning from ‘closed loop’ systems where manufacturers own all the data to open data systems where businesses closer to the customer own and manage data.

This change is why Porter and Heppelmann posed the question in their HBR article: “how does the company manage ownership and access rights to its product data?” as a key strategic choice to make when seeking competitive advantage from IoT.

In short, the challenge becomes evolving from a company that used IoT-enabled products, to becoming an IoT-enabled organisation. This difference means everything in the context of gaining maximum leverage from the data.

This is the customer-facing organisation (factory, hospital, retail store, etc.) that acts as the host for the system of system, and, as the name suggests, receives all sensor data first.

This first receiver organisation’s role extends to storing incoming data and managing the processes of cleansing, enriching and then distributing it to other related organisations (subscribers) on an ‘as needed’ basis.

This includes propagating the data to internal users locally and remote within the organisation, as well as to third party partnerships or even regulatory bodies who need this data, and of course, feeding data back to the various IoT device (e.g. heating systems) manufacturers involved so that these systems can be properly monitored and maintained.

To support this role the first receiver organisation would install an ‘edge device’ inside or behind one or more servers, or virtually within a distributed cloud architecture.

These devices would serve to ingest all the sensor data from the various IoT subsystems, filter the important signals from the ‘noise’, trigger alerts in response to exceptional events and persist (permanently store) the data. (See figure below, which depicts how the first receiver architecture might look in a retail food outlet). 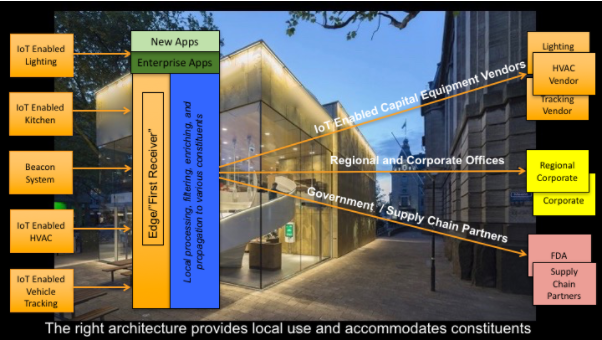 In the book they explore the full role of the first receiver edge device and possible configurations in considerably more detail.

The authors fully acknowledge that in realising the system of systems model, technology architecture and governance is only one piece of the jigsaw. The profound transformation to IoT and data-driven architectures will also involve new ways of working, new skills and resources, new types of contractual arrangements and significant cultural change up and down the supply chain. They explore all these in the final chapter of the book.

Fortunately despite many people’s fear of change and the unknown, many are beginning to realise the stakes involved in not exploring and understanding IoT. In a survey carried out by Machina Research in July 2016 with over 420 US enterprise decision-makers, 38 percent of respondents were already actively using IoT technologies, and a staggering 43 percent were planning to deploy IoT within the next two years.

How executives can prepare for the future now

Organisations that will gain the greatest and most sustainable competitive advantage from stage five IoT are those that start preparing now for its future. To help IoT executives ‘cross the chasm’ from stage four (product system) to five, they have developed the following checklist to outline the various people, process and technology initiatives that need to take place.

They believe the benefits IoT offers to organisations and society at large massively outweigh the risks and that ultimately people will have the will to overcome the challenges to make this system of systems vision become reality.

The Future of IoT: Leveraging the Shift to a Data Centric World is published by BookBaby and is out now and available from Amazon and other booksellers