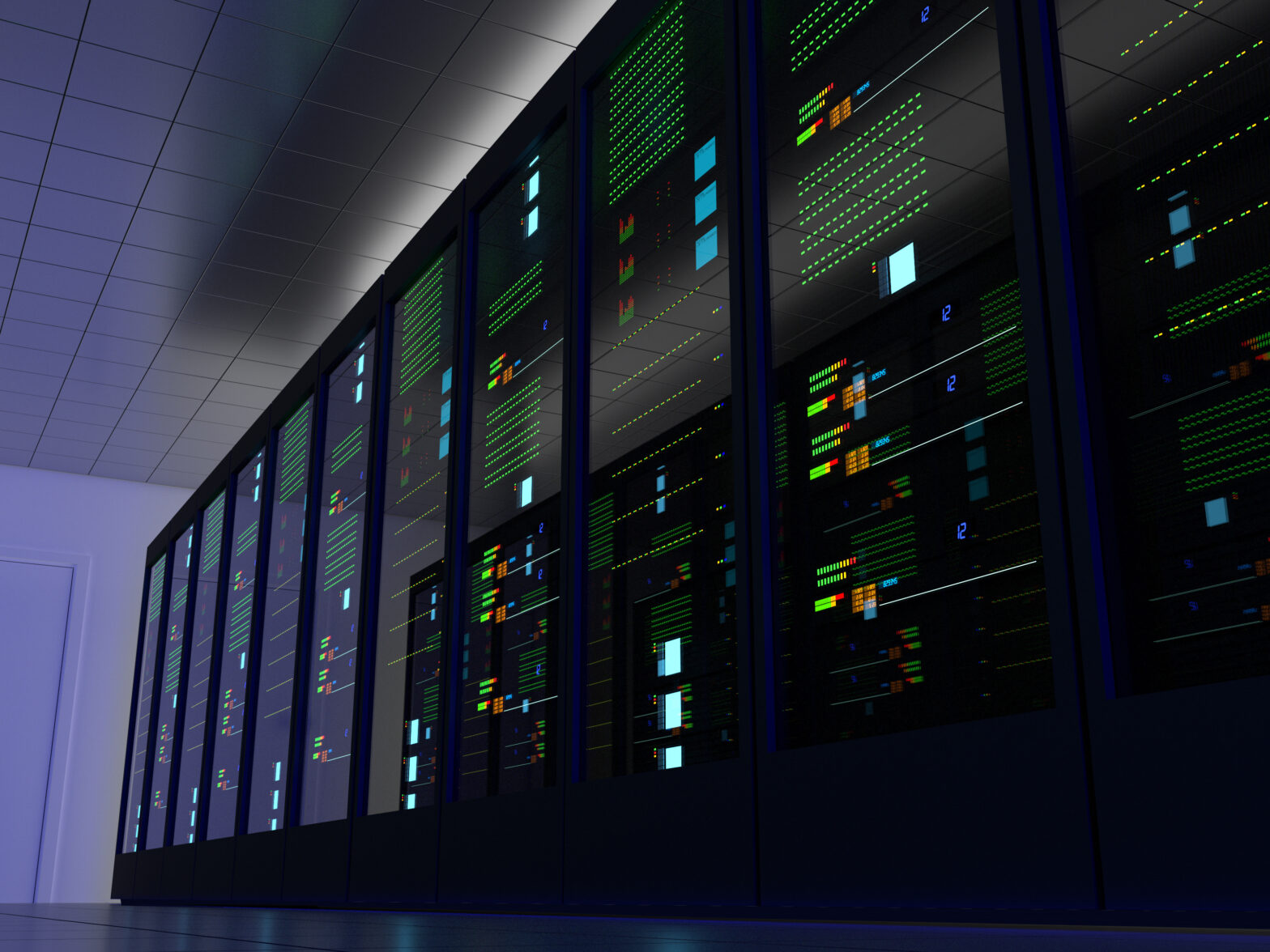 While most of the IT sector is battening down the hatches for a prolonged period of weak sales, data centre companies – from third party hosting providers to specialists in the planning and construction of these powerhouses of commerce and government –  are seeing nothing but growth on their horizon.

Large organisations, at least, are still hungry for data centre space – whether more of their own or from third-party suppliers. A survey of companies with more than 2,000 employees earlier this year by data centre provider Digital Realty Trust found that even in the teeth of a recession, one in four intends to grow its data centre capabilities this year. And 69% think they will expand their footprint in 2010.

A lot of that growth is still focused on Northern Europe’s major cities – London, Paris, Frankfurt, Amsterdam – where demand for quality space is still matching if not outstripping supply. But there are some encouagking signs that the data centre crisis that has been a high-agenda item for many IT organisations for the past two to three years is at last beginning to abate.

In many cases, companies with 1990s-style data centres have bitten the bullet and redeveloped their facilities or found modern facilities elsewhere. Technologies that promised to make data centres more efficient such as virtualisation, power management and de-duplication among others have matured – and delivered on their promise.

Alongside that, techniques for dealing with power and cooling issues are now much better understood and often implemented to great effect – from sophisticated hot aisle/cold aisle regimes to seemingly crude techniques such as using plastic curtains to regulate airflow. And, indeed, the shortage of data centre space in certain areas has become less acute – and not just because financial services companies are no longer first in the queue to acquired it.

As the head of technology in EMEA for data centre property company CB Richard Ellis (CBRE), Andrew Jay, told delegates at Information Age’s recent Future of the Data Centre 2009 conference: "We do expect to see a drop in data centre demand in 2009, however we do not expect it to plummet.

“Buoyant activity amongst occupiers and developers of technical real estate in Europe has defied the global economic downturn and provides strong evidence that the data centre industry has reached a maturity that has perhaps not previously been witnessed,” Jay added.

Nonetheless, even figures from the tail end of last year show vacancy rates rising in most European capitals as new and upgraded capacity comes on line and the pace of demand slackens. At the end of 2008 the overall vacancy rate in the London market, for example, stood at 26% and the fully-fitted data centre vacancy rate was 7% (12% at a European-level), according to CBRE. That overall vacant space rate was up from 23% mid-last year.

Space is also being freed up as users of co-location services rationalise their previously inefficient use of these facilities. And at the same time, there is a sense among both private data centre operators and data centre managers that approaches to rationalising such IT capability are now bearing fruit.

The experiences of two blue-chip organisations speaking at the conference provide a snapshot of how that efficiency drive has played out.

Transport for London (TfL), the underground, bus, river boat and rail network, is approaching the end of a two-year strategy to consolidate its 40 data centres (its definition of which stretches to include computer rooms or cages containing four racks or more), as well as whittling the 11,000 applications that were running on those servers down to “hundreds”. That means TfL is now backing out of hosted data centre space and leasing two large data centres to be mostly run by its own staff.

“The lesson is to treat a data centre just like any other piece of business architecture, and really think about how it will enable application and information flows"
Phil Pavitt, CIO,
Transport for London

That data centre transformation has been achieved by server and application consolidation on a massive scale, as well as the widespread exploitation of virtualisation technologies (at both the server and desktop levels).

“Our strategy has been to simplify, to standardise and then to actually start saving money – and we have been doing just that,” says Christine Ashton, information management group strategy director at TfL told the conference delegates.

That has been created, above all, through centralising spend: According to its current CIO Phil Pavitt (soon to take over as the head of IT at HMRC), 52% of TfL’s IT spend two years ago did not actually go through centralised IT.

Desktop processing, among its 35,000 users, has also increasingly been absorbed by the data centre: “We are the largest user of thin client [technology] in the world,” Pavitt believes. And for good reason: ‘Thick clients’ were costing TfL £2,100 per seat per annum. And although that was reduced to £1,400 through standardisation, the move to thin client has scythed costs to £800.

Supporting that is a data centre strategy that is “future proofed for 20 years ahead”, claims Pavitt. (see graphic). TfL has had one data centre built for it and operated by a third-party outside the M25; at the same time it is creating its own facility that it will operate. That blend enables “different types of resilience and reliability,” said Ashton.

“The lesson from that experience is to treat a data centre just like any other piece of business architecture, and really think about how it will enable application and information flows,” she said.

By sorting out its data centre strategy, it has saved around £30 to £40 million in 18 months. “Thinking through where the data centre fits with we want to do has really paid dividends,” says Ashton. “The alternative – a ‘lift and shift’ of the existing data centre facilities – would have been a lot easier, but I don’t think that, in general, that approach works.”

There is a slightly different set of dynamics underway at companies which have traditionally operated their own data centres. Pensions firm Standard Life redeveloped its core data centre just over year ago and has been enjoying the benefits ever since. “The site was running very inefficiently,” Neil McPherson, data centre manager, told delegates.

Its new facility in the centre of Edinburgh is now only half full. A wander between its racks earlier this year would have revealed rows of cabinets marked with a yellow cross showing they are ready for removal.

At the conference, McPherson outlined how a radical programme of systems refresh, consolidation and server virtualisation – not by any measure a unique exercise among companies of Standard Life’s size – has reduced its data centre requirements dramatically.

"We have cut a lot of the power requirement out through virtualisation and consolidation, even as demand for IT services has gone up"
Neil McPherson,
data centre manager,
Standard Life

By consolidating systems onto a small number of more powerful IBM and Intel platforms, the area of occupied floor space has gone from 1,400 sq m down to 500 sq m. Of the 400 kilowatts of power that is potentially available the site is currently drawing just 200 kW, compared to 300kW two years ago.

"We have cut a lot of the power requirement out through virtualisation and consolidation, even as demand for IT services has gone up," McPherson outlined.

“The average power capacity is approximately 5.7 kW per rack,” McPherson said. “But we know that is not what’s being used – it’s more like 2 to 3 kW. We see a lot of enterprises overbuying.”

But it is what is happening inside the servers that has had greatest impact. The server footprint has been cut in half as a direct result of virtualisation and consolidation. In fact, Standard Life has virtualised 70% of its Intel servers, decommissioning 143 servers – a 25% decrease that leaves it with 400 production machines. The company has also consolidated multiple disk systems onto a single EMC storage area network.

"Everything we are doing is about consolidating, virtualising and making it easy to switch services between our two sites [the other being its disaster recovery facility]," said McPherson.

That was not achieved overnight.  The site was originally built for an IBM mainframe water-cooled environment. With two mirrored and co-located halls.

“When IBM wound down water cooling and Intel servers started to come along, the whole use of the site started to change,” explains McPherson. “We identified not only that we were using it inefficiently but also that the design of the hall was not in line with current computer requirements in terms of the power delivery and resilience.”

Standard Life looked at both green field sites outside of Edinburgh and third-party options. But the lack of suitable third-party space and the cost and time that would be required to build a new site convinced it that most cost-effective option was to redevelop the existing site near Edinburgh’s city centre.

That turned out to be an 18 month redevelopment – “with no service impacts” – but one which freed up space that was eventually earmarked as a disaster recovery site. “The benefit of that is we have less kit and complexity than some other organisations,” said McPherson. “The downside is we are dependent on a small number of platforms.”

There is yet more efficiency to be squeezed from the data centre. McPherson has explored the advantages of taking the voltage of the power delivery in the centre down from 240 to 220 volts. He also would like to raise the delivered air temperature in the data centre above the manufacturer-specified 22 degrees Celsius – to 23 and possibly 24 degrees. He has also looked at the possibility of using fresh air-cooling.

Standard Life now closely monitors its PUE (power utilisation effectiveness) – the measure of how well it converts energy into processing power. Today it boasts a PUE of 2, compared to an industry average of 2.5.

As those examples portray, the teams who manage data centres – whether the facilities are owned, co-located or third-party – have progressively overcome some of the core issues of inefficiency and poor design. And in the process they have eliminated at least some of the business risk that has been associated with their operation in recent years.