The resurgence of data-entry phishing attacks 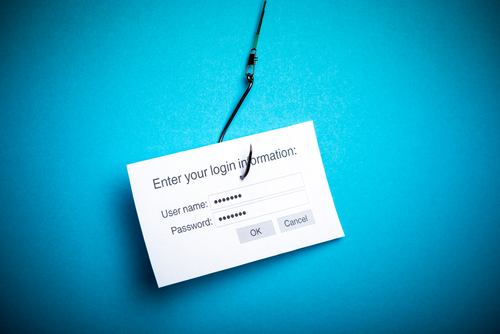 ‘Old school’ email social engineering or data-entry phishing is an attack method that has been on the rise in recent months, notably employed by the Syrian Electronic Army to hack seemingly every major media outlet in the Western hemisphere.

Data-Entry phishing emails lure employees into freely giving up their login credentials by taking them to a seemingly legitimate landing page. Attackers then use the credentials to establish a foothold in the network.

When spear phishing, data-entry style emails contain a link that takes the recipient to a webpage that appears to be a genuine corporate or commercial site soliciting login information.

>See also: One third of all phishing attacks aimed at stealing money

Despite their pervasiveness and high-success rate, data-entry attacks seeking login credentials and other sensitive information have been a secondary concern for enterprises.

Information security teams have been more concerned with phishing emails that attempt to carry out drive-by attacks through a malicious link or malware delivery via an attachment.

Since data-entry phishing attacks don’t require malware, it’s quite possible to fall victim to this technique and never even realise it. Victims will often enter their information and not recognize something is wrong. Without the presence of malware, these attacks often go undetected by technical solutions.

However, this doesn’t mean the consequences are any less severe.

Once attackers gain legitimate credentials into the network, their activity is difficult to detect. Using these credentials they can often exfiltrate significant amounts of information from overly permissive file shares, search for other devices with weak or default credentials, and possibly escalate privileges to dump entire username/password databases that can continue to grant future access.

This activity may have the appearance of an insider threat, so breaches caused by data-entry phishing are often attributed to this source. Is it really an inside job if they gained access through a spear phish?

From an attacker’s perspective, what is easier: researching social media to craft a spear phishing email, or recruiting an actual insider within the organisation?

If a user is tricked into revealing login credentials to a false landing page, two-factor authentication will only limit the time the hacker has access to the account. Attackers would need to collect the second factor of authentication, but the underlying tactics would remain the same.

According to security taining firm PhishMe, which runs simulated phishing attacks, most recipients interact with emails in a matter of minutes or seconds, so even a quick takedown in four hours could be too late.

One of the main ways organisations can protect against these data-entry phishing attacks is through employee training. A well-trained user base is a critical element to a robust security posture, however one of the greatest challenges facing security awareness initiatives is providing employees with an experience they will actually engage and retain.

>See also: How to combat spear phishing: the cybercriminal’s weapon of choice

Immersive training is one of the most effective ways to educate staff on security threats. By continually conducting simulated phishing scenarios and providing staff with immediate feedback and education on their performance, IT security teams can analyse and measure the overall company progress and level of user susceptibility. The programme is meant to be carried out at different points throughout the year.

Data-entry phishing attacks are difficult to detect and there is no specific technical appliance that can help protect against them. However, by providing immersive security training, organisations can use their staff as a first line of defence to identify and report suspicious email activity.

A well-tuned network of human sensors can be particularly effective when faced with malware-less attacks, providing real time intelligence that can make the difference between rapid remediation or prolonged compromise.