The ripple effect: acquisitions and the consolidated storage ecosystem 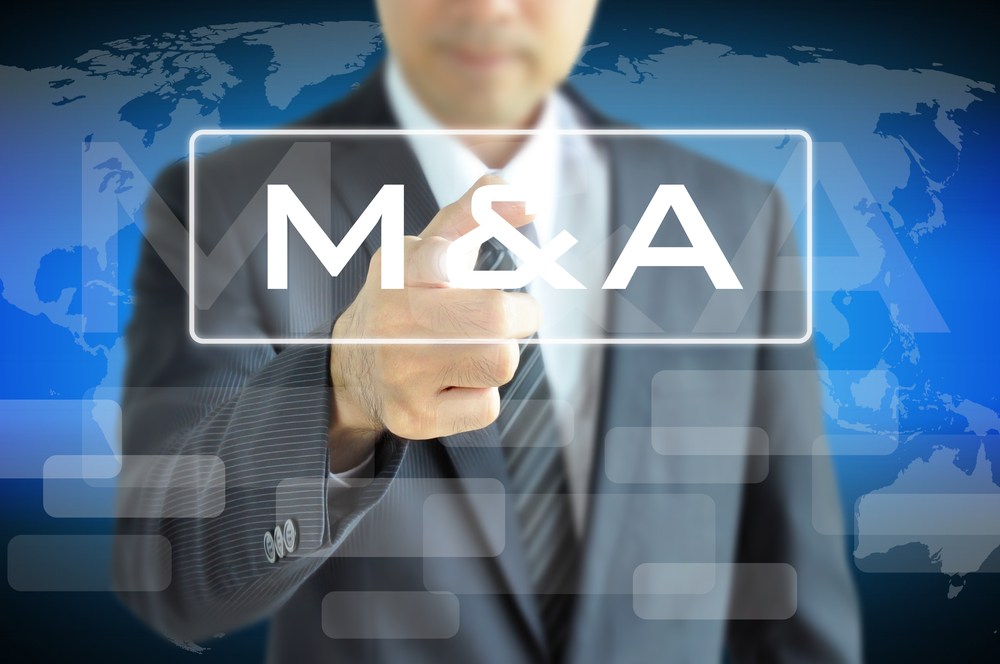 Acquisitions have ramifications far beyond the organisations involved, impacting the industry with rippling effects upon the various players within this complex yet tight ecosystem.

It is apparent that these new marriages affect not only the industry’s evolution pathway, but also act as a catalyst for adjustments in go-to-market strategies, product portfolios, pricing and new ways of working – all necessary in order to keep pace with a rapidly changing market.

After an acquisition, some partners – and competitors – will immediately reap benefits, while others might need to make changes that will affect their market positions and how these organisations interact with their customers.

One could argue that the disruptive forces caused by acquisitions are all part and parcel of the natural evolution of the storage market and in fact inevitable, given the unrelenting data explosion and legacy technology within many organisations struggling to cope.

This has created opportunities and opened the way for vendors to provide new or extended solutions in a market anxious to secure scalable, future-fit solutions.

>See also: How acquisitions are transforming the storage landscape

And, rather than reinvent the wheel and point efforts towards innovation, these vendors choose to conform to the trend of absorbing the “ready-to-wear” capabilities of the smaller specialist supplier.

So what is the impact of acquisitions on entities such as partners, competitors and indeed the storage industry as a whole?

Acquisitions can have a huge impact on the partner network. When an acquisition occurs, there usually is some form of product overlap. This means some product lines will likely end up being discontinued. The key is to clearly and openly communicate to partners both the short and medium-term plans for the merged entity. Otherwise, it simply leaves room for competitors to exploit the confusion around the merger. When dealing with partners, it’s both product issues and channel programme differences. One vendor may give great margins and the other just average margins. So clear communication of the channel programme plan is just as important as the product issues.”
– Len Rosenthal, VP marketing, Load DynamiX

“Acquisitions can create disruption and uncertainty for the partner ecosystem, especially if some partners have existing relationships with both pre-merger entities. A merger or acquisition can potentially introduce concerns about the ability or willingness of the combined organisation to honour existing pricing policies given the potential for a reduced number of competitive offerings available for the partners to sell. They may also be concerned about the combined entity making a decision to ‘kill off’ solutions upon which they have structured offerings or built consulting practices. The two companies may also have very different channel strategies, or direct sales teams that are structured or compensated differently, thus introducing the potential for channel conflict and complex sales motions.”
– Randy Arseneau, CMO, Infinidat

“Competition decreases in the short run after an acquisition, as both companies’ positions undergo significant changes and face uncertainties. Their sales teams will be re-organised and this is when competitors try to capture some of their market shares. In case the acquisition is successful there will be fewer but stronger competing products on the market.”
Boyan Ivanov, CEO, StorPool

“Most acquisitions are good for the competition in the short term, as confusion, especially around product plans, means that competitors will try to exploit the lack of clarity. For example, Dell and EMC have many overlapping storage products.  Which products will survive and which ones will be terminated is a key question that has not been publicly answered yet. They will all be supported for years, but which lines will be strategic and get the lion’s share of attention is not yet clear.”
– Len Rosenthal

“A large M&A can also potentially destabilise the combined entity's portfolio and roadmap for some period of time as overlapping or underperforming products are phased out or divested, and new solutions are integrated or developed. This again also gives competitors a potential opportunity to offer a counterbalancing perception of stability and safe harbour.’
– Randy Arseneau

“In most industries the ‘800 lbs. gorilla’ is rarely the source of innovation. The same is true for the storage industry: EMC has never been the source of innovation, it has been successful because of a strong GTM strategy and global scale. Hence, the smaller, agile storage vendors will continue to deliver innovation and new ideas.  The forward-thinking storage companies will continue to deliver software-based solutions to enable next-generation applications driven by digital business.”
– Jerome Lecat, CEO, Scality

“I view acquisitions as ‘business as usual’. They happen continuously and this is part of the normal cycle of how the industry evolves and innovates. However when the acquisitions are emblematic, as is the case with both EMC and SanDisk, this shows that the industry is undergoing a major shift. Historically EMC has been the leader by market share and #1 acquirer in the storage industry for a long time. When the #1 company in the industry becomes an acquisition target itself, this is a hint that the industry is transformed/disrupted.”
– Boyan Ivanov

“The overall storage industry is slightly shrinking in terms of market size, mainly due to the current trend towards commoditisation of storage systems.  Expensive legacy storage is increasingly being replaced by lower cost systems from smaller companies that don’t require 70%+ margins to survive.  Increased M&A activity accelerates this trend due to product overlaps for example; industry consolidation will make the survivors stronger, but in the longer term profits will be lower for the industry as a whole.”
– Len Rosenthal

Where acquisitions can go wrong

“Alignment and normative integration of corporate cultures are critical to make a combined entity successful.  Operational efficiencies and execution against common goals become much more difficult when teams are not inclined or incented to work closely and collaboratively. There are likewise sometimes unforeseen pitfalls in go-to-market strategy or solution portfolio rationalisation that can derail an acquisition that looked great on paper.  Predicting how the market will respond to a shake-up in available solutions is a crapshoot at best, so having the ability to make rapid course corrections post-merger is also critical.”
– Randy Arseneau

“Historically, most mega-mergers and large acquisitions have taken longer and have been less successful than anticipated. With a few exceptions such as Renault-Nissan, most have resulted in less long-term shareholder value. Companies get distracted in complex, massive integration processes. Cultures sometimes clash. Senior leadership jockeys for position and influence. Product offerings and GTM are often not well synchronised. As a result, the other competitors often gain market share and capitalise on the chaos.”
– Jerome Lecat

How to yield positive outcomes from M&A

“Shared/common objectives between the two organisations, realistic expectations with respect to time and pain, and a clear and strong value proposition for customers and partners from 'their' points of view need to be in place.”
– Jerome Lecat

“There have been many examples of poor synergies, such as when Symantec acquired Veritas.  They were very different products selling into very different buyers.  In a consolidating industry, where there are many legacy products, consolidation is a way to keep companies cost-competitive. It also is a way for legacy companies to acquire next generation technology to augment their declining legacy business.  Examples include the HP acquisition of 3PAR and the EMC acquisition of XtremIO.  Both were very good acquisitions.”
– Len Rosenthal

“The ultimate goal of any acquisition is to create a combined entity that represents a higher aggregate value and potential than the summation of its constituent parts. Bringing solutions from multiple vendors together can create some great synergies and economies of scale, as well a more financially stable and viable corporate entity.  Also, cultural alignment is critical.  If the underlying culture and ethos of each company are misaligned or even in conflict, they will likely make integration of the acquired company much more difficult and fraught with risk.”
– Randy Arseneau

“For the market as a whole acquisitions catalyse wider adoption of innovative technologies. This comes as a natural life cycle of a product – it is initially created by a smaller vendor and adopted by innovators and early adopters. When the smaller company is acquired by a larger one, more conservative customers start adopting the technology and these technologies become mainstream. Customers get faster and better storage system at a lower price. The most important factors for a successful acquisition are a good fit between the two companies and a very good strategy on how to utilise synergies.”
– Boyan Ivanov

It’s a wait-and-see game. Acquisitions rarely fare well so only time will tell whether the recent spate of acquisitions is demonstrative of agile organisations spurred on by insight-rich leadership, highly aligned and in tune with the needs of the industry’s beating drum.

It might prove to be a hasty gamble in the rush for survival of the fittest, a bull ride that only very few might master.