Scottish pride: Inside Glasgow’s technology masterclass at the 2014 Commonwealth Games 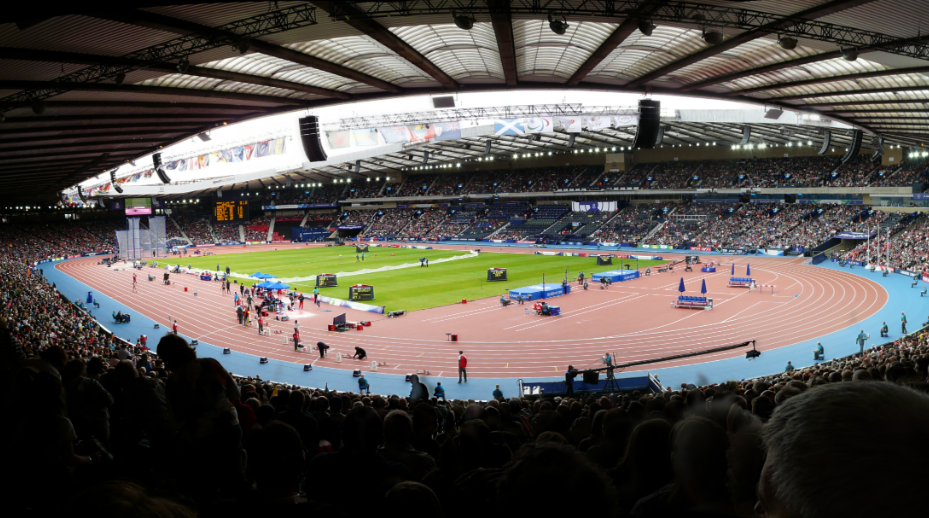 It may not be the Olympics, but Scotland proved the Commonwealth Games can still get people excited as it staged the 20th edition this summer in its largest city, Glasgow.

As the looming September 18 vote on Scotland’s independence continued to grab headlines, the 2014 Commonwealth Games demonstrated the enduring power of unity as Glasgow welcomed 71 Commonwealth nations and 4,947 world-class athletes.

It also demonstrated the enduring power of technology, a vital component of delivering the Games to a global audience of up to 1.5 billion people.

Tasked with ensuring the tournament was technically and, of increasing importance, digitally enabled was CIO Brian Nourse, a man who held a similar role at the Melbourne 2006 Commonwealth Games and Delhi 2010 Commonwealth Games.

Experienced indeed, but the rapid pace that technology evolves means four years between a tournament is a very long time, during which standards, demands and capabilities can drastically change.

One major example of this is the explosion of data caused by the proliferation of smartphones and tablets, and a ruthless expectation that real-time services and information are always available.

‘The amount of data that gets generated is always a challenge, particularly in the Commonwealth Games,’ Nourse told Information Age. ‘Our approach has been much more sophisticated than what has been seen in a Commonwealth Games before.’

However, some things don’t change, and from his previous experiences Nourse understood the power of getting the right partners onboard and a clear delivery roadmap established as early as possible.

That planning effectively stretched back as far as seven years. When Nourse was appointed to deliver the technology strategy for the organising committee, he joined a team of just 25 people. By the time the Games arrived, that team had expanded to 1,500, many of which were based in the Technology Operations Centre (TOC) – plus 15,000 volunteers (also known as ‘Clyde-siders’).

But in those early years, it was all about formulating a strategy.

‘There was a fairly detailed plan of what we needed to deliver in terms of scope and service levels, and then an even more detailed plan underneath that of how we were going to get there,’ Nourse said. ‘It is ultimately just a very large programme of work that needs to be done.'

Essentially starting from a blank sheet of paper, Nourse was keen to avoid any particularly complex or unproven technology, instead favouring a ‘risk averse’ approach.

‘We didn’t want to take risks on unproven technology because the opening ceremony had to start when it did, and we can’t afford for things not to work – particularly when we start to come under increased load.

‘So keeping it simple with good technology and experienced partners was the basic strategy. There was a very complex wall chart that had all of the things we needed to do in terms of deliveries, milestones and which areas everything sat in – and that was the roadmap.’

The process of accumulating technology partners began around three years before the 11-day tournament arrived.

Dell came on board as the official hardware partner, providing 50 servers, 123TB of storage and 2,400 PCs and tablets, 100 of which were available for loan in the Athletes’ Village.

Atos hosted the Dell infrastructure at its Livingstone data centre, and also supported 50,811 applications on the volunteer portal.

>See also: Which Formula One team boasts the most innovative tech infrastructure? The answer may surprise you

‘Scalability and flexibility is the key because we grow rapidly but our growth can be unpredictable,’ said Nourse. ‘The growth is fairly steady for a while and then ramped up very quickly.

‘You don’t have any legacy knowledge about how much data they’re going to generate and what they need can’t be annually forecast.

‘Change is a challenge but it’s also inevitable in any environment, so it’s about planning for it as much as we can, whether it’s in our infrastructure, applications or even basic procedures.’

Nourse’s IT team began to pick up as the technology partners were selected, eventually totaling 100 staff by the time the Games arrived.

He divided them into six functional areas with specific responsibilities and partners to work with: results, information systems, applications, IT infrastructure, telecommunications, and programme management.

The data centre was up and running more than a year before the opening ceremony. The first venue away from the TOC was operational in March. And the Athletes' Village was soft-opened two and a half weeks before the teams arrived.

However, such meticulous planning doesn’t mean there weren’t any barriers.  Unsurprisingly, it was data and connectivity that remained the major challenge throughout the event.

Nourse estimates that more than 10,000 different devices connected to the wireless solutions across the venues, which is a huge number for a Commonwealth Games.

‘There was a lot of dependency around what we called the Games Data Network, which was essentially a corporate network that connects all the data together,’ he said. ‘It effectively carries whatever we need between venues, like radio traffic on it, all the applications, and television broadcasts. Connectivity was extremely important.’

Another challenge was the variety of venues, particularly the existing ones that are in use throughout the year, and the temporary builds in remote locations.

‘We didn’t have a lot of access to some venues for long periods of time,’ Nourse said. ‘You can’t just go and stick things in and expect them to work – technology takes time to set up, test and fine tune. So the challenge was to try to get access to venues as soon as possible when it worked for the venue.’

According to Nourse, the full deployment of most of the venues’ technology was in place for less than 48 hours, probably only 24 hours, before it was decommissioned.

‘Because of the nature of some of the venues being temporary venues in remote areas, a lot of the prime equipment goes in very late,’ he said. ‘Some were going in right up until the opening ceremony was taking place – and as soon as that particular event was done we started removing it. So managing access and planning enough time to deploy was a big challenge.’

That begs the questions, where does all this expensive technology go? And what is the legacy of hosting an event with a £575.6 million budget?

Like the London 2012 Olympics, it is expected that many of the PCs will end up in education, and some other equipment will be passed on. Some technology, simply, will just go back to the supplier.

Asides from the immeasurable marketing effect of staging such a global event, the economy was boosted by more than 600,000 individual visitors between July 23 and August 3.

£112.6 million has already been earned back through broadcasting rights, ticket sales, sponsorship and merchandise sales, while shopping activity increased by 22% in Glasgow and 14% in Scotland during the event.

And from an athletics standpoint, nine world records and 142 Commonwealth records were set.

However, for many, the enduring memory will be the warm welcome provided by the Glaswegians, who cheered and embraced through rain or shine. As ever, whatever the political situation, sport was on hand to bring people together – and technology was the enabler.