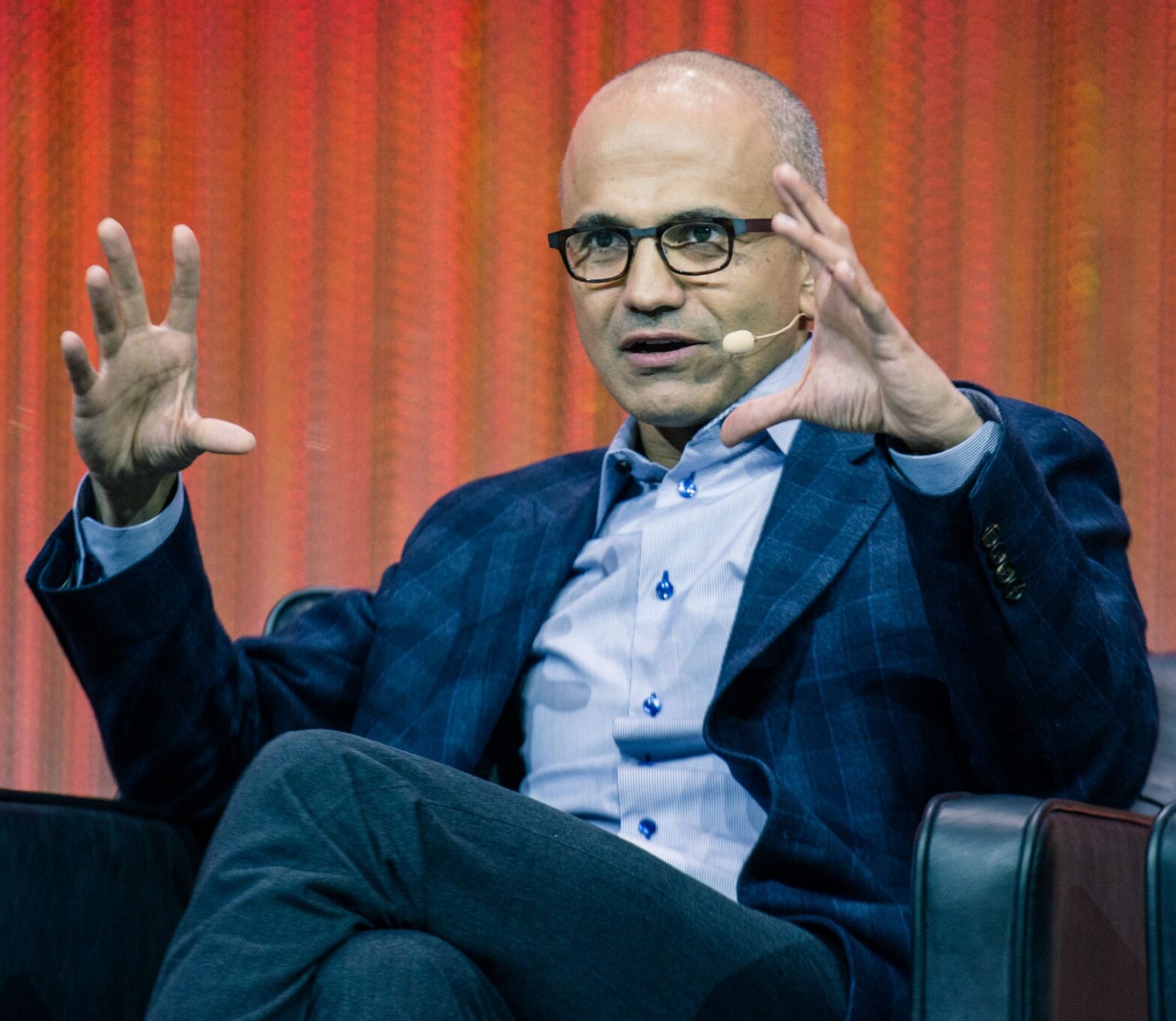 In pursuit of a digitally transformed India, Microsoft today announced at it’s Future Decoded event in Mumbai, a plethora of new initiatives and boosts to original initiatives.

‘Skill India’ was a plan orchestrated by the Indian Prime Minister, Narendra Modi.

The campaign was launched on 15 July 2015 with the target to train over 400 million people in India in different skills by 2022..

Today, the mission was handed a big boost as CEO of Microsoft, Satya Nadella, promised to not only help train people as part of this scheme, but also help them get jobs via the professional networking site, LinkedIn.

Aimed at employing and empowering low-skilled workers, “Project Sangam” will commence from Andhra Pradesh (a province in India).

“The company will allow people to enroll through Aadhaar cards [a new Skype feature that verifies identity] and later utilise LinkedIn to manage their profiles,” said Nadella in the presence of Andhra Pradesh Chief Minister Chandrababu Naidu and Maharashtra Chief Minister Devendra Fadnavis at the Future Decoded event.

“Project Sangam”, Nadella said, will act as an open ecosystem where individuals can learn skills based on the content delivered to its portal.

As soon as the training is completed, Microsoft will update their profiles for employers to shortlist and hire the skilled workers. The candidates will also receive job options according to their skills, according to a report.

“It uses a deep integration with LinkedIn to provide every Indian with jobs. Hospitality is a great example of a sector that can benefit from this,” said Nadella.

You can sign in to Project Sangam with your Aadhaar details, and it provides training for jobs in F&B, BPOs, retail, and other similar areas, with courses, and then connecting people with jobs. Nadella said that this is currently in a private preview.

“It is the first project on Cloud that will bring Microsoft and LinkedIn together to help unemployed masses in India,” Nadella said.

Praising the Microsoft initiative, Naidu said with “infusing right ideas and technology, Andhra Pradesh can be the next Silicon Valley”.

“We took the decision to become a Cloud-first state as it would help us tackle resources better. With the technology revolution, I aim to put my state among the top three states by 2022,” Naidu told the gathering.

“We want to create 14.4 million jobs – LinkedIn has shown the way and we will sign up right away,” he said, referring to Project Sangam. “With the Aadhaar, the finger is enough to transact anything, from health to banking,” Naidu added.

According to Fadnavis, Cloud computing is a game changer.

“Big data analytics can be used to put our resources to best use. I am thankful to Microsoft for putting in one the biggest data centres in Maharashtra. We have started migrating to the cloud and I think cloud computing and big data analytics will help us gain transparency in governance,” Fadnavis added.

This was not the only announcement made during Nadella’s speech.

In realising the digital transformation of the country, the internet giant launched an app called Skype Lite, which consumes much less data than the Skype app. The app is made for India, with the aim of transforming communications between individuals and businesses.

Going further Nadella also talked about Kaizala, a mobile app that Microsoft had launched last year as a productivity app for teams.

“What we had seen was that email was often the primary means of collaboration and coordination even in government organisations,” said Nadella, “and people are using consumer internet services to get government or business work done. But the problem is that you don’t control the data in that scenario. With Kaizala, you’re able to bring all the departments together.”

Chief Minister Naidu said that over 62,000 police officers in Andhra Pradesh were connected via Kaizala, which was being used to generate real-time on the ground data, and he added that it worked well on basic Android handsets, even on 2G connections.

“Ideas like this enable real-time governance,” said Naidu, adding that his goal is to make the state India’s number one by 2029.