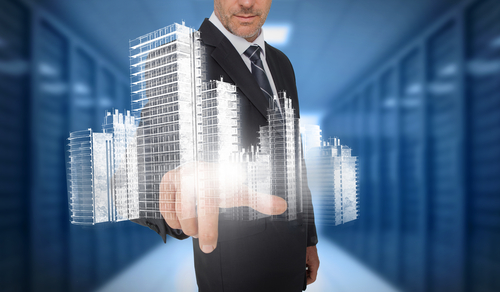 Smart cities are not a new concept. In fact, over the last five years, smart cities – or at least nods to them – have proliferated across the globe. Some of the world’s largest technology organisations, such as Microsoft, IBM, Cisco, Telefonica and Oracle, have all launched initiatives to develop the ‘cities of the future’, investing billions of dollars into new services, exciting technology and a new way of living.

This is because it is well-accepted that smart cities can benefit consumers, businesses and cities on economic, sociological and technological levels. A recent Frost & Sullivan report estimates a combined market potential of $1.5 trillion globally for the smart city market in segments of energy, transportation, healthcare, building, infrastructure and governance.

From deploying sensors to detect excessive air pollution and integrating with traffic controls in Santander, to developing a more efficient traffic system in Bucharest, and an integrated education system in Chicago, (partially) smart cities are already changing the way people live, making their lives easier and driving economic growth.

>See also: Smart homes and cities – when will it happen?

However, what is often underestimated is the sheer amount of data traffic that a fully smart city will inevitably generate. Underneath the ‘cloud’ of technological excitement, there are questions over the current approaches to data centre management, and in what direction and how fast the industry needs to move in order to accommodate the current smart city ambition. Considering the sheer volume of data that is being created day by day, is it even possible for data centres to cope with a truly smart city’s data flow?

The evolution of smart cities

Smart cities have evolved. As populations have grown and technology has advanced, smart cities have multiplied, offering new services to citizens and new opportunity to businesses and the cities themselves.

For example, backed by the European Union and Telefonica, Santander in Spain has introduced 20,000 atmospheric pollution sensors across eight square kilometres in order to improve air quality in the city. This then integrated with a car parking space system that helped drivers find their nearest free space and therefore minimise the time spent driving looking for one – and in turn therefore helped reduce air pollution.

Beginning in September 2010, the project had a budget of over €8.76m and was partially funded by a grant from the EU. Additionally, Telefonica is piloting a new product for law enforcement in the city, giving policeman a belt with a series of sensors that can detect and warn the officer if there are dangerous gases or substances around them. It also contains an emergency button and accelerometer to detect if the police officer has fallen down.

Similarly, towards the end of 2013, Microsoft launched its own smart city initiative, CityNext. The scheme is helping cities such as Barcelona, Spain, Auckland, New Zealand and Manchester become more efficient by harnessing the cloud and big data to give public and private sector workers on-demand access to advanced analytics and allow for swift decisions – it is already saving both revenue and lives.

In Chicago, IBM has also been collaborating with the Mayor's office, Chicago Public School leaders, Chicago City Colleges, city departments, civic groups and the private sector to launch a smart city educational programme. The initiative aims to create an educational system that more effectively ties to Chicago's economic future and can be accessed by citizens across the city.

Cities like Barcelona, Santander and Chicago are just a few examples of the potential of smart cities and the initiatives that are being introduced across the globe. However, while these cities purport to be to a greater or lesser extent ‘smart’, the question must be posed that if the ‘smart-ness’ is going to continue to spread beyond street lighting, emergency service co-ordination and public transport, changes to the ways in which the data generated is managed, stored, updated and secured are essential.

Put simply, cities need to make sure that they have the infrastructure in place to support this exponential increase in data traffic. With a UN report forecasting that, by 2050, 70% of the global population will live in urbanised areas, this is a problem that is not going to go away.

If cities do not invest in scalable and flexible data centre infrastructure and focus on managing their data traffic, then it could lead to severe outages or failure of services on which the population has become reliant.

Fail to plan, plan to fail

There are tools and methods that businesses and cities can use in order to make sure they can support the traffic generated. The key is planning and understanding the data itself – its nature, source and needs. This includes whether it is from an educational system, government infrastructure, green initiative, private or public service, or any third party, as the source dictates a range of legislative and compliance requirements.

Those involved in smart city build and development must consider data first, and then ensure that their investments in infrastructure put scalability, flexibility, security and future-proofing at the top of the list. Stringent service level agreements, 24/7 support and real time reporting are also fundamental to help users access the data in their systems and provide the services promised.

It is undeniable that smart cities will contribute to a heavy squeeze on the supply of data centre and cloud resources, particularly as smart cities grow in number and complexity.

But, while it is still too early to tell exactly the extent to which smart cities will truly take hold across the globe, one thing is clear: data centres will be their backbone. Any smart city initiative will require a tailored data centre strategy that balances current needs with future growth, potential applications and current data traffic.

So far, smart cities have provided a glimpse into a world that has previously only been seen in science fiction. As these ‘cities of the future’ evolve, only time will tell whether we businesses, governments and cities are truly prepared or destined to fail – preventing the latter must start today.