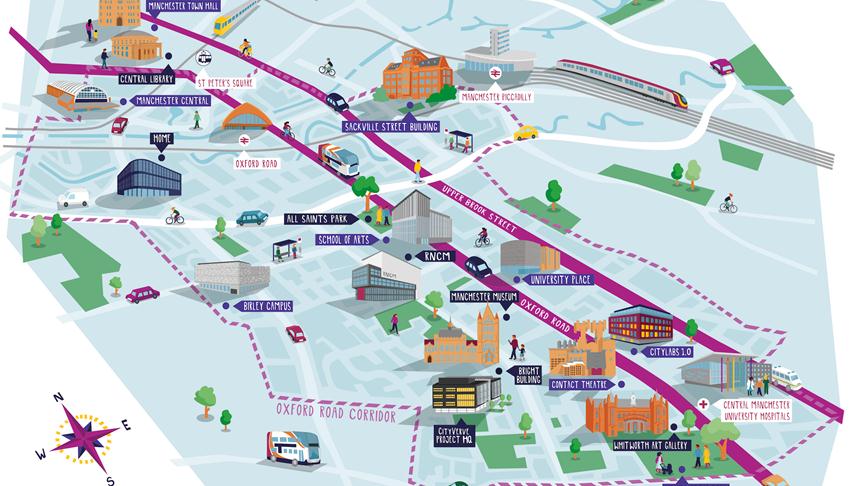 The ability to connect everything is undoubtedly one of the most exciting digital developments for the foreseeable future.

According to Gartner there will be over 20 billion IoT units installed across both the consumer and business worlds by 2020. The potential is huge. McKinsey estimates that if policy makers and businesses get it right, linking the physical and digital worlds could generate up to $11.1 trillion a year in economic value by 2025.

This is precisely why CityVerve – a landmark project, backed by a consortium of partners including IoTUK, a government funded programme designed to accelerate the UK IoT industry – was launched to transform the city of Manchester into a demonstrator for IoT technologies. The two-year project brought together the brightest minds and pioneering uses of Internet of Things technologies to explore and redefine ‘smart’ in the context of a living, working city.

The project saw 20 organisations ranging from the city council, universities and hospitals, to transport bodies and private businesses – collaborate to embrace the technology and provide data to make Manchester an even better place to live, work, play and learn, locating activity along Manchester’s Oxford Road Corridor.

The project’s primary aim was to connect the unconnected and break down silos across culture, energy, environment, health, social care, transport and travel – which we certainly achieved. I was responsible for the technical delivery of the project as a whole. But like any digital transformation project, it stumbled into barriers and issues along the way. Many of which, and their solutions, will apply universally to smart city projects around the world…

Data must be commercialised

Smart cities are based on data. But while we all agree this is incredibly valuable – there is no market for buying and selling data, or meaningful way of attributing value to different data-sets. Furthermore, while data on some areas, such as transport, is easily accessible, health data is far more difficult to come by. This means that it is incredibly difficult to get hold of enough, reliable data to develop an effective smart city solution.

>Read more on Smart city technology: It’s all about the Internet of Things

However, the winds of change are blowing, and there are new enterprises turning traditional commercial models on their heads to meet the widespread appetite for data. Norway-based Disruptive Technologies, for example, has created miniature sensors with a 15-year battery life able to measure a whole host of variables from temperature to light, to proximity. But it doesn’t sell them – instead it charges €1 per sensor per month for the data generated and accessible through its cloud platform. The business and others like it present a complete change in focus from solution to robust data provision – and their existence will revolutionise the way we go about smart city development. In the future, we may see cities flooded with sensors, with businesses selling their data in line with compliance and regulatory arrangements and cities controlling access to it.

It’s never enough to just implement new technology and expect it to drive successful outcomes. The processes around the technology need to evolve in line with it. This is particularly important in smart cities. Working with public sector organisations means interfacing with complex governance, procedure and procurement approaches. The healthcare, academic and local government partners who collaborated on CityVerve all used very different processes.

>Read more on The biggest tech hubs in the UK – and which is right for your business?

To mitigate any issues, each partner’s organisational structure and ways of working should be identified and mapped out up front and the technological concept evolved with them; and then monitored continuously. Even with the best intentions, ideas and technology, projects will take longer to show results, sap budget, resource or even derail completely without doing so.

A smart city is only as smart as the data generated by the people using it. Project leaders can’t just connect devices and hope for the best, they need to employ a ‘people first’ strategy and ensure they educate and engage local citizens. The CityVerve team employed a variety of tactics in Manchester to achieve this. Including developing a local communities platform built around interests and activities in the IoT zone; community forums to provide people with an introduction to IoT; and incorporating gamification into some of the projects in the area to encourage long-term behaviour change. The team even commissioned a local artist, Naho Matsuda, to bring the entire project to life through an innovative digital installation. everythingeverytime automatically takes information from the smart city network to write a poem telling a new story about the people and places of Manchester.

While the CityVerve project reached its conclusion in June, the smart city lessons its leaders learned along the way will not only help inform Manchester’s smart future, but also how the city authorities and partners involved in the project are already working with cities all over the world – in places as far flung as Australia and China.

There were many smart city lessons around technology, partnerships and governance they can take with them, but the need to commercialise data, innovate processes and encourage city-wide engagement are the most paramount.

In a perfect world smart cities would be built on a blank slate from scratch, but as with all digital transformation projects, the key to success in the real-world is knowing how to weave the old with the new and engaging the cities’ citizens.