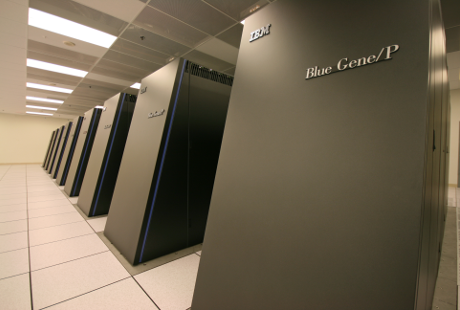 The overall high-performance computing market, which includes installations that fall short of the 'supercomputer' moniker but still outstrip conventional systems, grew 7.7% during the year to $11.1 billion.

But the standout performance of the year was that of Fujitsu, whose HPC sales jumped 470.5% year-on-year, thanks in part to its "K" supercomputer range.

"HPC technical servers, especially supercomputers, have been closely linked not only to scientific advances but also to industrial innovation and economic competitiveness," said Earl Joseph, programme vice president for technical computing at IDC.

"For this reason, nations and regions across the world are increasing their investments in supercomputing even in today's challenging economic conditions."

The most powerful supercomputer in the world is currently Titan, built by Cray for the Oak Ridge National Laboratory in the US. Capable of 20 petaflops (20,000 trillion fluid operations per second) and is used by the US Department of Energy for research in materials science, nuclear energy and more.

The UK's fastest supercomputer is Blue Joule, built by IBM, at the Daresbury Laboratory. It ranks 16th in the world.