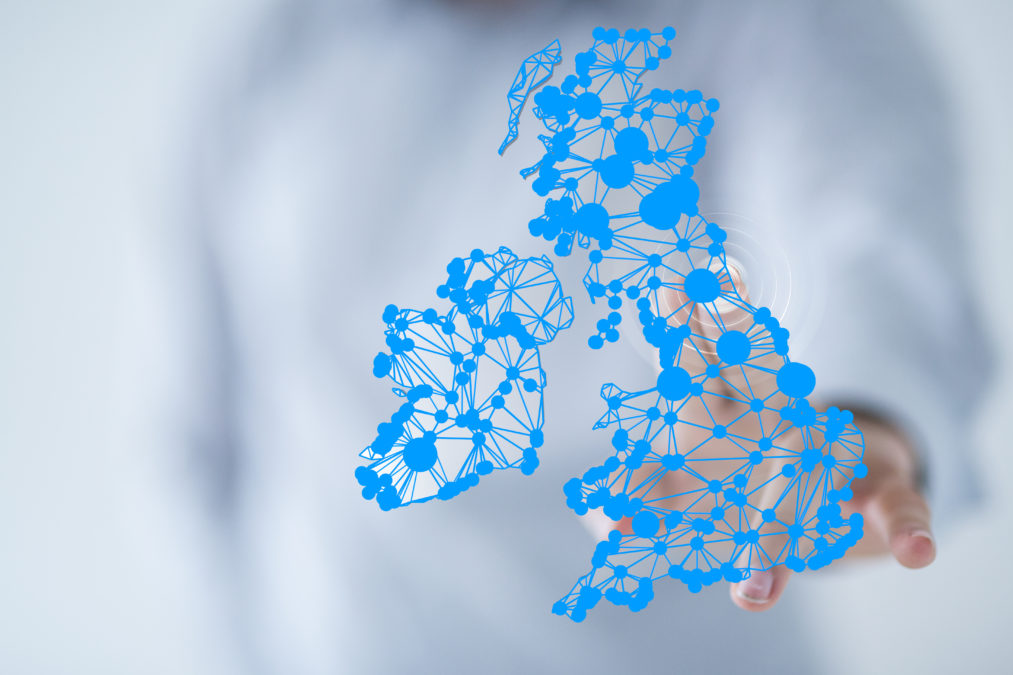 Overtaking London as the UK’s leading smart city in October 2017, a couple of years after scooping the 2015 European Green Capital award, Bristol’s Smart City Research and Development network platform is overseen by Bristol City Council and the University of Bristol, and operates under the name Bristol is Open.

While allowing local businesses to test new technologies in real world situations, the city has fibre networks in the ground, a heterogeneous network that allows for 5G testing, and radio frequency mesh network transmitted via lampposts.

Furthermore, the south-west city is aiming for carbon neutrality by 2050.

The UK capital’s smart city endeavours are overseen by Smarter London Together, which was launched by the Mayor of London, and can be broken down into five missions: more user-designed spaces, a new deal for city data, world-class connectivity, digital leadership and skills enhancement, and city-wide collaboration.

>See also: Is the property sector holding back the development of smart cities?

Current smart city resources within London include City Hall’s London Datastore, which holds over 700 sets of big data that helps address urban challenges and improve public services, and the rise in cashless payment methods for transport.

The City Council, along with the University of Manchester, Cisco, BT, Siemens and many other organisations, contributed to the now ended IoT-focused demonstrator CityVerve, which has laid the groundwork for long-term planning and development within the city after two years of work.

Currently taking part in the makings of a smarter Manchester are such features as Fab Lab Manchester, EcoHome Lab and ThinkLab.

Birmingham’s smart city plans date back to November 2012 with the release of its Smart City Commission Vision by Birmingham City Council. The main challenges cited in the report relate to employment, healthcare, mobility, data access and environmental matters.

Furthermore, the HS2 railway is set to reach Birmingham by 2033, and the UK’s Second City announced that almost £900 million would be invested in the new Curzon Street station and surrounding area, including an estimated 4,000 new homes.

Health and Wellbeing takes advantage of the city’s teaching hospital, which is among the largest in Europe, and currently has an Assisted Living Leeds Innovation Lab (ALL INN) programme; the Housing priority addresses the installation of affordable Internet access in all homes, and the Travel and Transport priority aims to install a Clean Air Zone for vehicles in January 2020, along with the council’s fleet of 42 electric vehicles already in place.

Furthermore, the University of Leeds are currently involved in many smart cities projects, including a Multi-Disciplinary Pedestrian-in-the-Loop Simulator for addressing road fatalities and new technology testing ground Virtuocity.

Despite technically being a large town rather than a city, Milton Keynes has been involved in multiple smart city programs, including MK:Smart project, which was concluded in June 2017, CityLabs, and the MK Futures 2050 program.

MK:Smart has launched Santander bikes, electric buses and a Garden Monitor app, which determines when a garden will need watering over the next week, among many other schemes.

CityLabs, working in collaboration with the Open University and funded by the European Union, makes use of big data collated by the MK:Smart program by developing the Urban Business Lab, which is a digital economy-based entrepreneur scheme.

Future City Glasgow‘s journey first began with the awarding of £24m in funding from the Technology Strategy Board (now known as Innovate UK) in 2013. From there, the city council has created a host of smart developments, such as its Glasgow Operations Centre, the MyGlasgow app, and Active Travel Demonstrator apps for cycling and walking.

Future developments in the pipeline include smart street lighting and an extra £12 million in funding in 2020.

A key smart city development in Nottingham is overseen by the Human Factors Research Group at the University of Nottingham; they have put together a research program titled ‘Smart Campus – Smart Cities’, in which researchers focus on using open data and digital technologies to enhance safety and responsiveness on the streets. Projects undertaken by the program include their Intelligent Mobility Project (IMPETUS), which ran from October 2014 until September 2017, and their inter and intra-campus mobility examination that ran from June to August 2016.

Furthermore, Nottingham was named the smartest city in the UK for energy in 2017.

Beginning in 2012, Future Peterborough is overseen by Peterborough City Council and Opportunity Peterborough. The Cambridgeshire city won the 2015 Smart City of the Year award for its citizen-centred approach; this focus on the city’s people makes up one of four focuses that Future Peterborough has, the other three being intelligence, smart leadership and circular principles.

Current projects include Digital Peterborough, which has implemented Internet 100x faster than the national average for the city’s business area, the Dragon Patcher, the cost-effective pothole repair solution implemented by Peterborough City Council and Skanska, that uses a flame to repair potholes and cracks in the road, and the iDream academy, a creative talent producing scheme that aims to close the skills gap between local talent and the creative market place.

>See also: Creativity must be championed in the face of the digital revolution

Much of the Smart Cambridge scheme is focused on the city’s public transport, with cycling being vigorously encouraged as opposed to driving. Current smart city technology already implemented in the city include real-time bus information made possible by sensors, traffic lights showing the amount of cars crossing certain points, sensors for rubbish bins that gauge when they are full and need emptying, and real-time weather stations.

The scheme is managed by the Greater Cambridge City Deal, and much of the real-time data technologies mentioned above were launched in March 2017 under the Intelligent City Platform (iCP).

Adopted by the Oxford Strategic Partnership in January 2015, Smart Oxford, the city had already made substantial progress within the smart city realm beforehand according to a pilot report, a major aspect being the Mobox Foundation, a smart mobility ecosystem project that plans on starting in Oxford and then continuing to other cities in the UK.

More recent developments include a collaboration between Oxford University and Oxford Bus Company to pinpoint Oxford pollution hot-spots, and the commencing of tests by the university’s Robotics Institute on driverless cars, legged robots and other AI robots at Oxfordshire’s Blenheim UNESCO site. Both of these developments occurred in June 2018.

Collaboration between researchers at Aberdeen’s Robert Gordon University and Aberdeen City Council with an aim to create a digital hub for teaching, research, public events and industry collaboration has been in progress since early 2017.

The City of Edinburgh Council has piloted many smart city-related schemes, including a Business Process Change pilot, which focuses on lean thinking and customer journey mapping data in order to improve customer service within the city, and improvements to the city’s website via the implementation of real-time information and transaction capabilities.

Furthermore, the Scottish capital currently has a smart city vision for the year 2050, which involves contributions from stakeholders and members of the public given during conferences and via social media. The vision addresses four themes: carbon neutrality, eradicating poverty, re-imagining public space, and making the city more caring.

Newcastle City Council are undergoing the huge task of transitioning from a traditionally industrial city to one that’s more aware of the environment and how technology can aid it. Overseen by Newcastle University’s digital innovation programme Helix, smart city-related solutions planned include a more localised smart energy platform, enhanced flood management using more green spaces, and public transport integrated with digital sensor traffic and environmental data, in addition to the increase in electric vehicles.

Already implemented onto the city’s streets are CCTV cameras, and sensors on bins and lampposts, all made possible by a partnership between Newcastle City Council, Cisco and Connexin.

Belfast are set to become the first city in the UK to have Pulse Smart Hubs installed on the city’s streets. Made possible by a £3 million privately funded project, the hubs will be implemented with free WiFi, sensors for capturing environmental data, a defibrillator, a free phone call service, and a touchscreen visitor information service. The hubs are set to be implemented from October 2018.

Furthermore, Smart Belfast are planning on implementing satellites that study air pollution, thanks to collaboration with the UK Space Agency, and the city is home to the Centre for Secure Information Technologies (CSIT), which is consistently developing its cybersecurity strategies, ensuring that the city’s businesses are protected from cyber attacks.

SmartSheffield, Sheffield’s open smart cities forum that’s made up of local organisations and individuals, meets up on the first Monday of every month to discuss ways in which the city’s government, citizens and technology can work together. Discussions relate to potential new and/or progressing smart city projects and talks on the topic of ‘Open Space’.

Another way in which a range of new ideas regarding making Sheffield a smarter city was a competition organised by the University of Sheffield’s Urban Flows Observatory that closed in January 2018, in which participating citizens submitted plans for sensor data collection methods relating to air quality, energy efficiency, health and well-being.

Like other cities on this list, Reading has a smart city vision for the year 2050. The approach is split into three sub-visions: a smart-networked city with integrated ICT’s; a compact city containing more efficient production of products, and a self-reliant green city.

The vision is being developed by various workshops, the first of which commenced in June 2013 with a Young Property Professionals Workshop.

Currently planned are smart idea incubators, known as ‘Idea Factories’, within the city, as well as a smart transport card.

Following fellow industrial stalwarts Birmingham and Newcastle, Liverpool’s smart city developments have been heavily criticised in the past by experts for not involving citizens enough and apparently failing to address ethical issues regarding privacy, social division and technological maturity.

However, with the city recently hosting the Global Smart City Summit as part of the 2018 International Business Festival, which saw UK-based software solutions firm Sigma Systems announce the beginning of a partnership with Liverpool City Council after winning the Mayors Challenge Award for Aging Population, there is still hope for the city in its aim to become one of many smart cities in the UK.