There’s more to VR than meets the eye 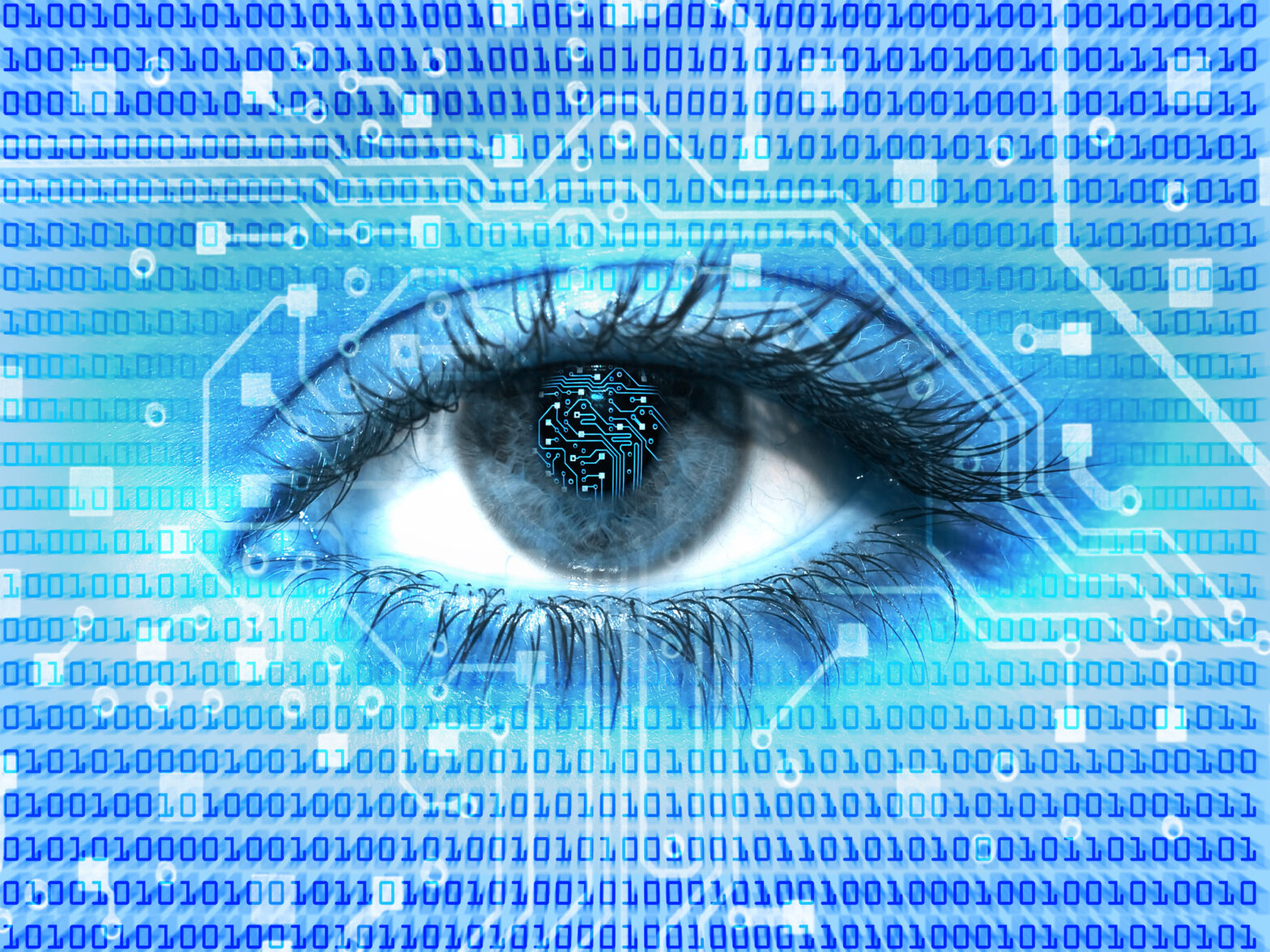 What do you think when you hear the phrase ‘virtual reality? You wouldn’t be alone if words like ‘fun’, ‘novelty’, ‘gaming’, or perhaps experiences you’ve had with ‘Google Cardboard’ and ‘Samsung Gear VR’ spring to mind.

There’s no doubt about it, the games and entertainment industries have driven innovation in the new head-mounted VR space, particularly in the UK where companies like nDreams have created VR titles for Oculus Rift and Playstation VR among others.

For marketers, the seemingly intrinsic link between gaming and VR has also brought new opportunities to make their brands or advertising content more playful, engaging and immersive. We have started to see an increasing number of brands adopt VR technology as part of their marketing strategies, albeit often offering limited ‘on the rail’ experiences via 360 videos, which allow participants to look around an all-encompassing environment themselves, but not necessarily choose their narrative, or even direction of travel.

Just some examples include the telephone-style booths created by Marriott Hotels to ‘transport’ people to warmer climates so they can experience a holiday before they buy, or the use of VR headsets within Jim Beam’s distilling process for an immersive and multi-sensory ‘in bar’ experience.

While these marketing campaigns certainly help to engage with consumers in new and interesting ways, the use of VR in the marketing world shouldn’t stop there. Gamifying, and enhancing the buying experience, is just the beginning.

The tip of the VR iceberg

The benefits this technology can offer the marketing team can actually start much earlier on in the product lifecycle than the customer engagement stage. This is because VR is fully immersive, but can be controlled in a way that is impossible in the real world.

So, when combined with behavioural measurements such as eye-tracking, for example, market researchers can immediately gain much deeper insights into how shoppers react to brands, packaging, messaging, and signage throughout the shopper journey. This process can take place before a design is even put into production, let alone placed on a shelf in-store, meaning brands can research design effectiveness in context and avoid making misinformed and expensive bad decisions.

This new use for head-mounted VR technology is one that marketers – particularly those working in the retail world – are only just waking up to. The industry as a whole is already familiar with virtual reality on screen but is only just starting to realise the technology’s potential for understanding how people shop when they are fully immersed in a virtual retail environment.

A turning point for market research

The foundations for applying scientific methods like eye-tracking to brand and package development have already been laid by the burgeoning field of neuro-marketing, which investigates unconscious responses in consumers to understand what makes people buy.

How humans are influenced by brands was investigated by Samuel McClure and his team in 2004, who famously researched the behavioural preference for culturally familiar drinks such as Coca Cola. Whilst being tested in an fMRI scanner, participants in McClure’s experiments were found to prefer any cola drink called Coca Cola, even if it was in fact Pepsi!

But neuromarketing research is often associated with time-intensive and budget-breaking analysis, which is only the domain of a privileged few brands and totally inaccessible to many smaller retailers. The complicated and lengthy analysis is also not conducive to the quick and highly reactive world of fast moving consumer goods (FMCG) and retail.

Historically, most research activities in retail have relied on participants’ self-reported responses – such as focus groups. Or on in-store observation, with researchers standing in supermarket aisles with clipboards for hours on end, attempting to track how shoppers navigate a store and make their purchase decisions. The difficulties with these methods are two-fold. Firstly, when asked, people don’t always know exactly why they’ve selected to buy a particular product.

The decision is often made unconsciously, so the market researcher ends up with inaccurate information about the buying journey as the interviewee attempts to justify a decision they had no awareness of making.

This is where eye-tracking can be valuable as it allows researchers to understand the unconscious decision making process. Secondly, if market research is taking place after a product has been developed and placed on the shop shelves, how can findings – accurate or otherwise – be used to improve the product in question without costly redevelopment? It’s simply too late! The time has come for something better, and that’s where VR technology fits in.

VR technology, especially when combined with eye-tracking, offers a turning point for market researchers. The recording of eye movements gives researchers certainty about how well the shape, size and colour of a product will perform on the shop shelves, based on its ability to capture the attention of a shopper and whether the package engages the shopper long enough to persuade them to buy.

What’s more, researchers get all this information from an immersive store, where observers are invisible and two-way mirrors cannot influence behaviour. In fact, the need for expensive research space all but disappears because once inside the VR headset shoppers are oblivious to real-world around them.

This is a process that can take place throughout a product’s development to close-in on the optimal design, so expensive branding mistakes can be caught before they make it out into the market place. And, because all of this can be measured in a virtual world, it is quick and cheap.

So, imagine the scenario – a washing up liquid brand is redesigning its packaging. The new bottle needs to stand out from competitors and attract the attention of shoppers – both loyal customers looking for their go-to washing up liquid, and new customers who may not have noticed the brand before. The pressure is on the design teams, creatives, marketers and advertisers to make all of the right decisions.

Testing the product in an entirely virtual retail environment minimises the risk of going too far down the launch process with a design that won’t work. Market researchers, and even designers, can track what draws the eye and what doesn’t, based on the eye movements of shoppers wearing VR headsets.

The product design can then be tweaked accordingly before it even hits the shelves. What’s more, measurements can be automated, removing the need for researchers to have eye-tracking expertise, and making this type of research truly agile for the first time.

Recent advancements in combining scientific eye-tracking methodologies with VR are, crucially, making the whole process much more accurate than anything that has come before. But, some of the original VR test environments for market research have taken shoppers on a pre-recorded 360-degree video journey around a store and measured where their eyes land, the latest VR technology allows the shopper to go ‘off the rails’ encouraging them to behave naturally by taking their own route through the store and freely interacting with products.

This new method is much more effective from a market research point of view simply because it’s reflective of real life shopper behaviour. Research clearly shows that not everyone takes the same route through a store, and after all, how many times have you got to the frozen produce in a supermarket and then back-tracked to the fruit and veg aisles because you’ve forgotten something? Because there is no constraint on the journey, everything is so much more life-like. The market researcher can gain data that’s rich with insights about how the shopper actually behaves, and what catches their attention regardless of how they navigate a store.

But what about my job?

While marketers might easily feel empowered by the prospect of these advancements in VR, agencies, designers and creatives might also be quivering in their boots at the prospect of a technology that can essentially work out whether their ‘eye-catching’ designs really are eye-catching. After all, they have built entire careers on their creativity and ability to create products or adverts with emotionally engaging designs.

But this isn’t just another instance of machines taking people’s jobs away. The ability to combine virtual reality with eye-tracking is in fact a giant leap forward for marketing, placing research at the heart of product development, and allowing brands and creatives to truly optimise their designs before they hit the shelves.

What’s new is that contextual effects from the immersive retail environment can now be explored too, enabling designers and creatives to align better with the needs of the brands they are working for. That can only be a win-win situation for everyone.

VR offers the power to refine processes, and influence the efficiency and direction of entire marketing campaigns. So, next time you find your eyes locked on a new product on the supermarket shelves, perhaps you should think twice about why that product has had this effect on you…

…It’s an effect that didn’t happen by accident. But the work that went into it is about to get a whole easier – because there’s more to VR than meets the eye.

Sourced by Dr. Tim Holmes, director of research and development at Acuity Intelligence and Honorary Research Associate at Royal Holloway, University of London