Skip to content
Home » Topics » IT management » What can the Premier League do about unlicensed footage of goals on Vine?

What can the Premier League do about unlicensed footage of goals on Vine? 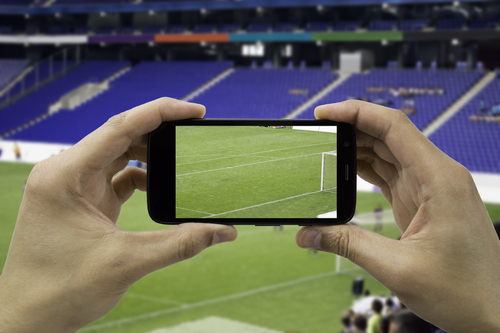 Footage of goals has significant value to the rights-holders as these are the most important and exciting part of the game. The Premier League (and its licenses) will be keen to do all it can to preserve that value, including enforcing any copyright in the footage. However, while the footage is so valuable a commodity, it is also short and easy to share, and doing so will not always be copyright infringement.

It is in rights owners’ interests to clamp down as much as possible on widely available amateur footage where that footage could act as a substitute for the official, licensed footage. It is for this reason that the Premier League has been encouraging consumers to use the services of its licensees, The Sun and The Times.

It is not necessarily copyright infringement to record footage at a football match on a personal device and upload it to a video sharing website such as Vine. Following the high-profile Karen Murphy/Premier League decision in 2011 (about the pub landlady in Portsmouth showing overseas broadcasts of matches), live matches themselves are not protected by copyright. Nevertheless, there are other copyright works that could be captured in a video (for example, copyright musical works such as the Premier League anthem) in a way that may constitute infringement.

This copyright material, captured in footage of goals taken in the stadiums, could be infringed when the footage is shared on Vine or Twitter, but the existence of infringement is less clear cut in those cases than in cases involving recording and sharing of TV footage (e.g. from the live Sky Sports or BT Vision coverage).

Where TV footage has been recorded and shared, there is clear copyright infringement, for example of the copyright in the broadcast, subject to any defence applying.

The Premier League's first line of attack is likely to include takedown requests to the platforms. Of course, the difficulty it faces is moving quickly enough to prevent the footage from getting out there and cutting across what its licensees pay for, i.e. the right to be the first to have the footage, shortly after the action happens.

This is why the Premier League is working on search technology to help discover the unlicensed footage as quickly as possible.  The takedown request is likely to be processed quickly but some of the damage may already have been done in the meantime.

If there are particularly prolific individuals who are sharing footage, the Premier League may look to escalate things against them. For example, it may seek to block individual accounts from using the platform, or seek disclosure of the identity of the people behind them so it can take legal proceedings against them.

If someone wanted to take up the fight with the Premier League they may try to rely on a new copyright exception, which is to be introduced into UK law on 1 October.

The new exception allows fair dealing with quotations of copyright works (such as broadcasts) for "criticism or review or otherwise". So, the argument might run, the short recording of the broadcast footage of the goal is a "quotation" of the copyright work (i.e. the broadcast) and sharing it on Vine, for a non-commercial purpose, is a fair dealing.

There is yet court guidance about how far this new exception might go, and whether it would apply to these kinds of activities, but what guidance there is suggests that it would not be sufficient just to use a short extract in the way that is possible on Vine.

Where live footage is shared, the platforms may take a more robust approach and refuse to take down the footage (unless there was something in it for them) on the basis that there is no copyright infringement.

In particular, they may say that any ancillary copyright works included in the live footage were only an incidental inclusion so a defence to copyright infringement applies. That assessment depends on the particular facts.

A digital problem may be better solved in the real world: trying to stop the problem of live footage at source (i.e. in the stadium) may be more fruitful than taking action against the platforms.

With unauthorised recordings of matches in a stadium, it is likely already to be a term of entry to football grounds that this sort of recording and distribution is prohibited.

Stewards, for example, may be tasked with preventing unauthorised filming, and Manchester United has already placed a ban on certain technologies being brought into Old Trafford.

But the Premier League does not control the terms of access imposed by individual clubs so it will be in clubs' discretion how far they go to assist ITS efforts, balancing that with the prospect of annoying their fans. Perhaps bans will only be enforced in the away end…

The Premier League will devote as much resource as it can relative to the level of threat it perceives. Clearly the use of smartphones, 4G and Vine/Twitter is only going to increase, as will the threat they pose.